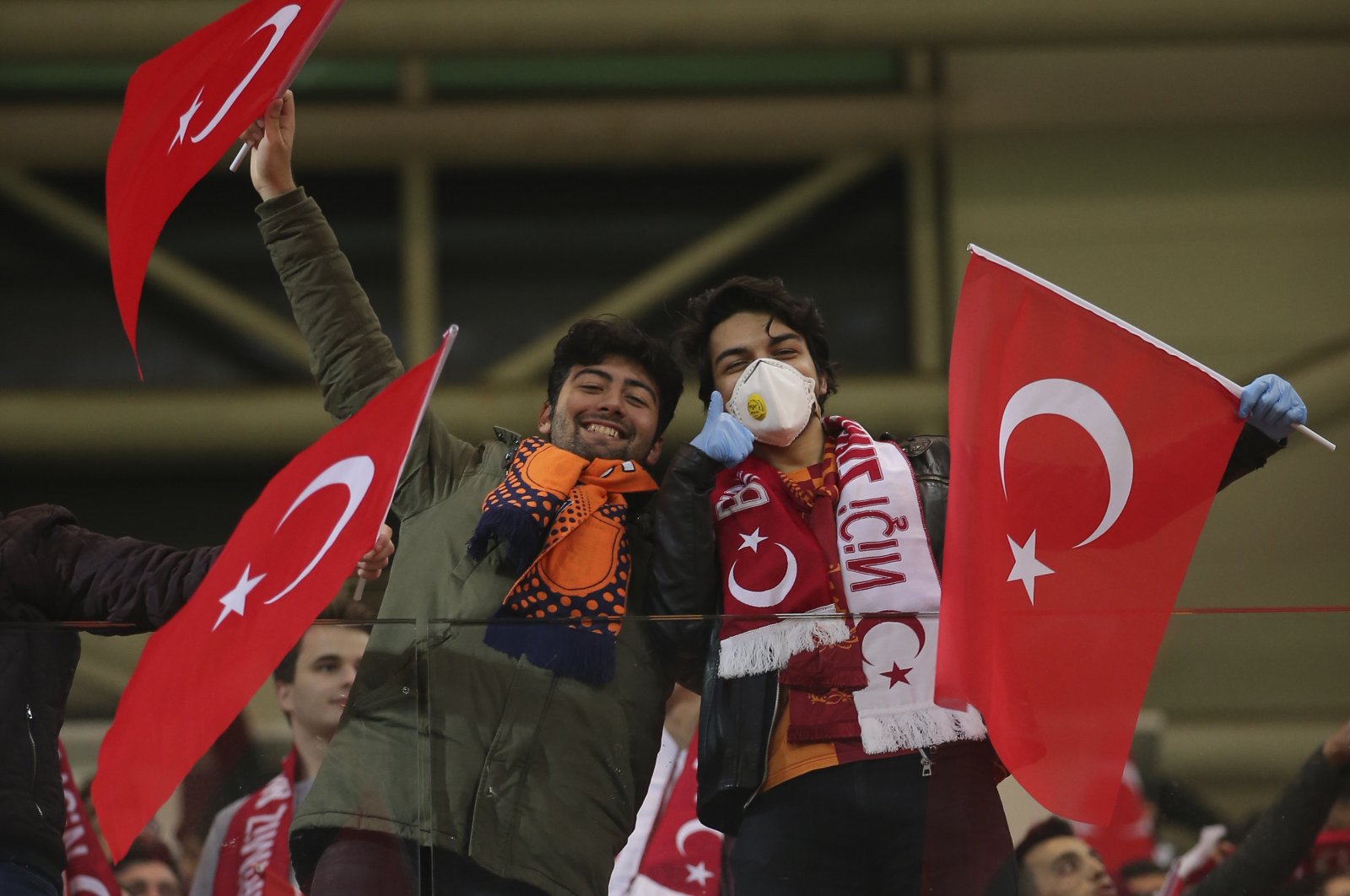 Spectators, some wearing masks because of the coronavirus outbreak, wave Turkish flags prior to a Europa League top 16 first leg football match between Başakşehir and Copenhagen, in Istanbul, Turkey, March 12, 2020. (AP Photo)
by DAILY SABAH May 28, 2020 4:32 pm

The Turkish Football Federation (TFF) on Thursday approved its previous decision to resume the remaining games of the Turkish Süper Lig on June 12, despite concerns over the coronavirus outbreak.

The federation also rejected an offer by seven clubs to cancel relegation for this season, while saying that the clubs will be allowed to make five substitutions every game instead of three.

It added that the second leg of the Ziraat Turkish Cup semifinals would be played on June 16.

The TFF previously said that the second and third leagues, as well as the amateur division competitions, will resume on July 18.

Sporting events across Turkey were suspended on March 19 to stem the spread of the coronavirus.

Only eight weeks are left until the completion of the Turkish Süper Lig with Trabzonspor leading the table. While the leader seeks to end its decades-old aspiration for the league trophy, Istanbul’s Başakşehir and Galatasaray trail Trabzonspor in the championship competition.

Many European countries known for high-tier football leagues, including the U.K., Spain and Italy, still have their national leagues on hold. Germany has decided to restart the Bundesliga, a move deemed too early by some and which has drawn ire from fans, who do not want the matches played without spectators.

A large number of European football fan groups have called for the coronavirus-related suspension of matches to continue until spectators are allowed back in the stadiums.