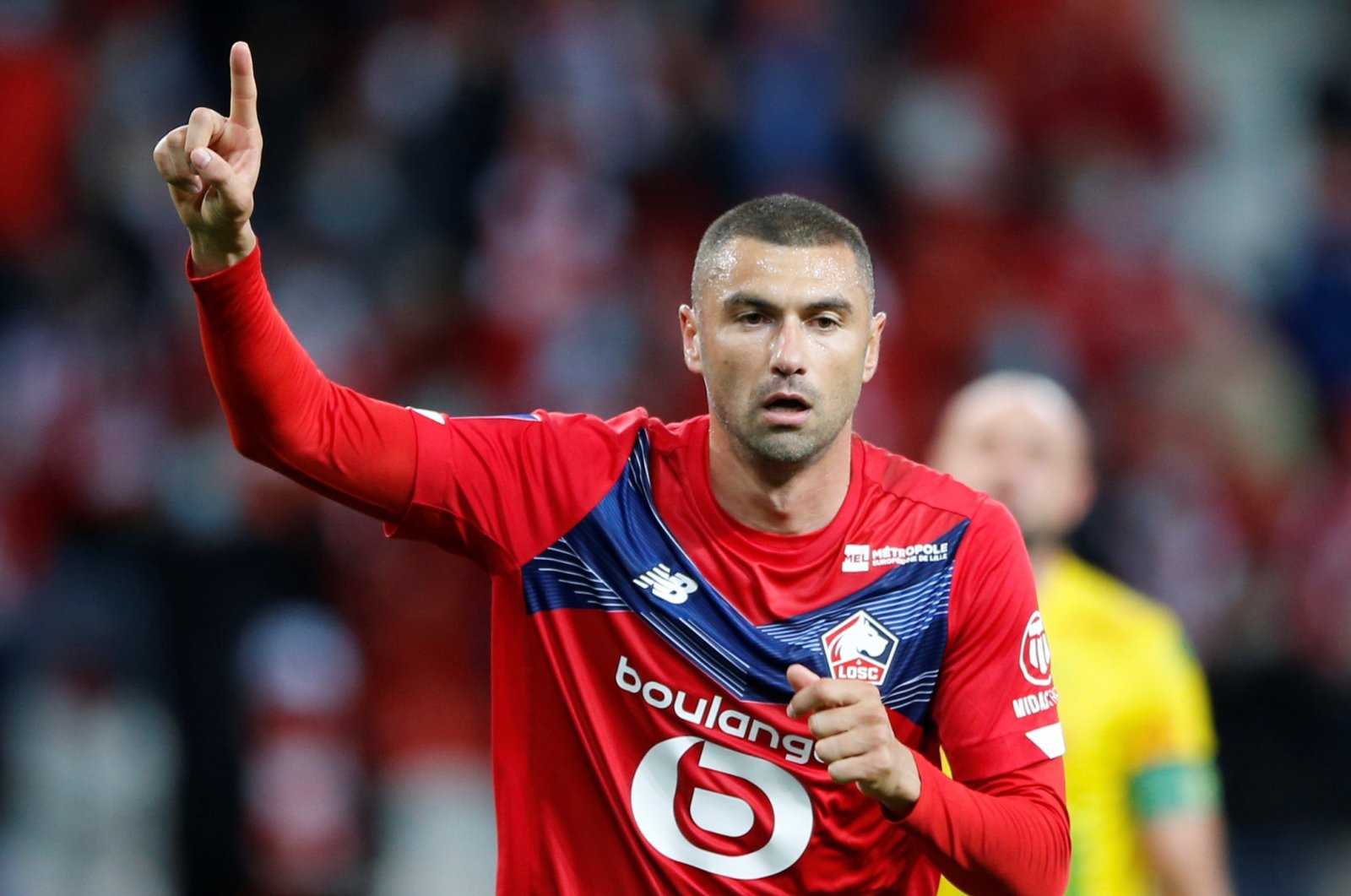 Veteran Turkish striker Burak Yılmaz Friday sealed his first goal of the season with so-far unbeaten Lille in a game that saw the team beat Nantes 2-0, topping the French league.

Lille can relinquish top spot to Saint-Etienne or Rennes if either wins when they meet Saturday. Both lie one point behind Lille.

35-year-old Yılmaz netted 229 goals over the course of a long career in Turkish football playing for Istanbul-based Galatasaray but had not scored in his first four games for Lille.

He ended that lean spell with a penalty in the 87th minute with a neat turn that drew a foul from defender Dennis Appiah.

Fellow Turkish player, Zeki Çelik, played a part in the opening goal when, moments before halftime, the right back's cross led to an own goal from center half Nicolas Pallois.

In Saturday's other game, Marseille hosts struggling Metz at the Stade Velodrome.