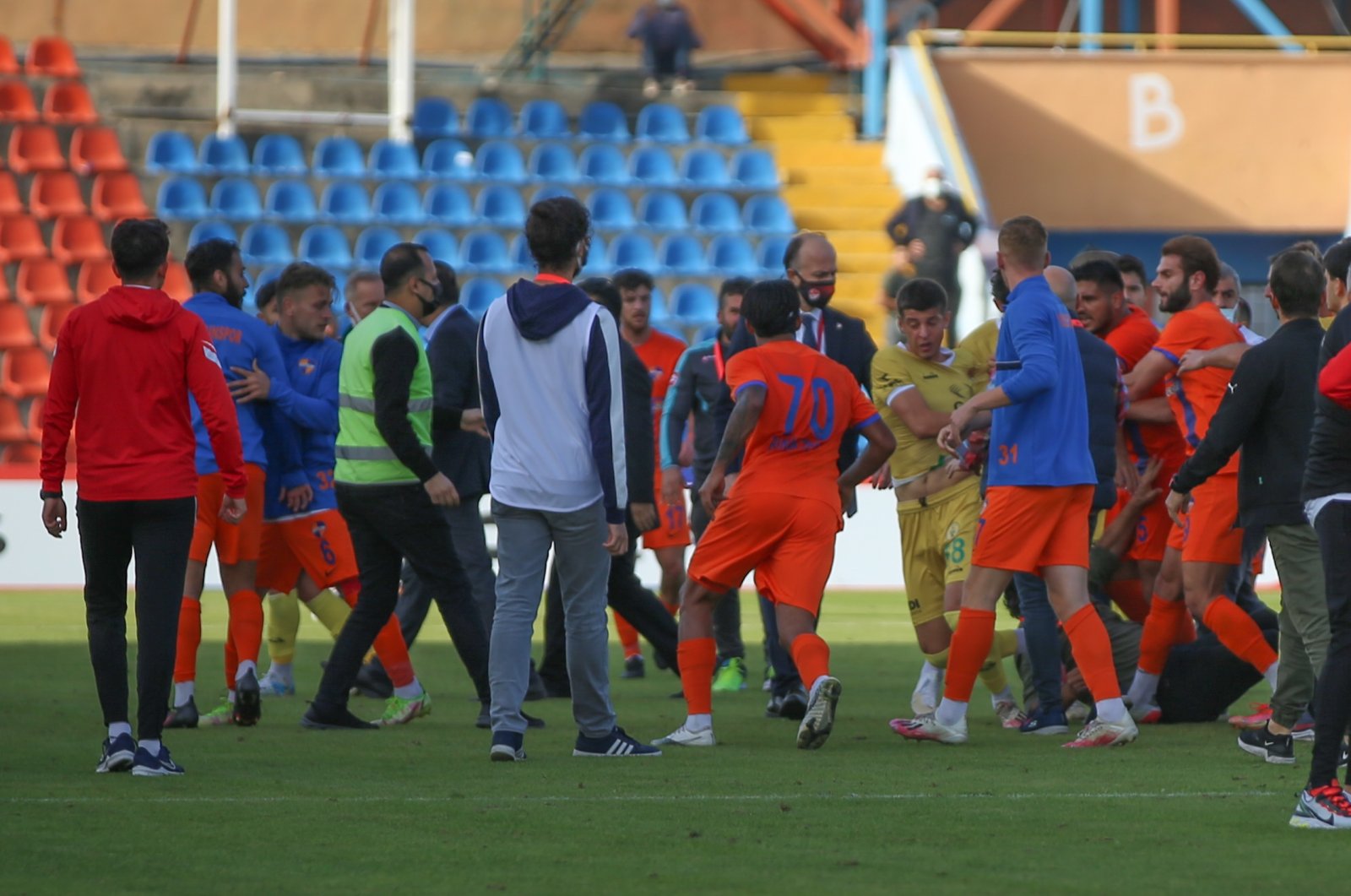 The kick off for Iskenderunspor and Darıca Gençlerbirliği match in the Turkish third-tier TFF 3. Lig Sunday was marked by the release of white doves, to promote “peace and brotherhood.”

However, when the match ended in 90 minutes, the story was very different. The same players, who had walked onto the pitch with white doves, were engaged in a brawl that turned the Iskenderun 5 Temmuz Stadium into a battle arena.

Darıca Gençlerbirliği was up 1-0 in the first half. It was all “peace and brotherhood” until Iskenderun struck deep in extra time and the match ended in a 1-1 stalemate.

Soon after the final whistle, the pitch turned into a battlefield as the players, sub and staff scuffled, punching and kicking each other.

The fracas only ended once police present at the scene intervened. Iskenderunspor CEO Jan Olde Riekerink then entered the pitch and sent his players and staff to the dressing room.