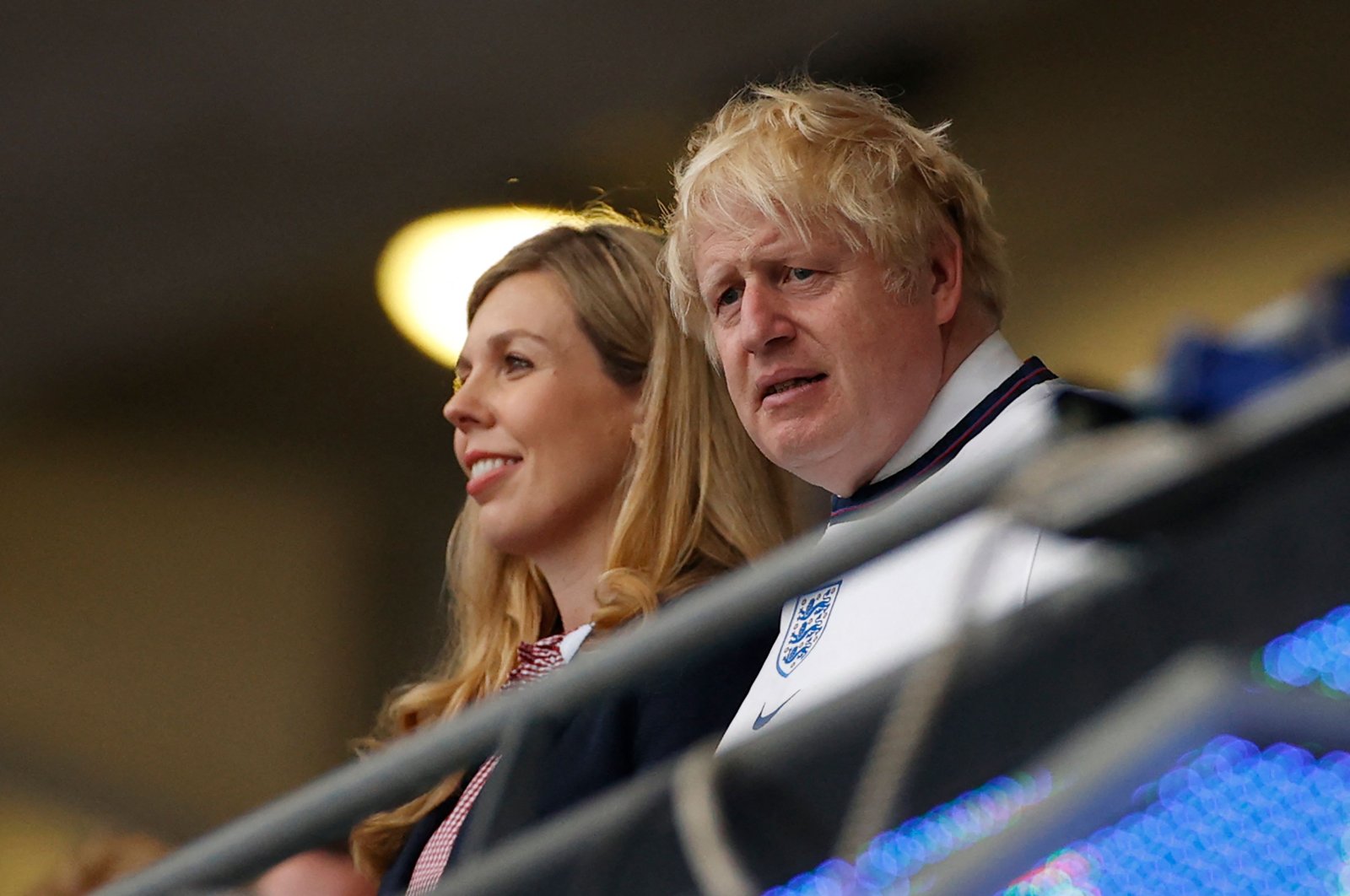 Britain's Prime Minister Boris Johnson (R) and wife Carrie take their seats ahead of the UEFA Euro 2020 final football match between Italy and England at the Wembley Stadium in London on July 11, 2021. (AFP Photo)
by French Press Agency - AFP Jul 12, 2021 11:48 am
RECOMMENDED

British Prime Minister Boris Johnson joined the Football Association (FA) on Monday to condemn the racial abuse targeting England's football stars after they lost the Euro 2020 final to Italy on a penalty shoot-out.

Marcus Rashford, Jadon Sancho and Bukayo Saka, the three players who missed England's penalties on Sunday, were the victims of a stream of abuse on Twitter and Instagram.

"This England team deserve to be lauded as heroes, not racially abused on social media," Johnson wrote on Twitter.

"Those responsible for this appalling abuse should be ashamed of themselves."

This England team deserve to be lauded as heroes, not racially abused on social media.Those responsible for this appalling abuse should be ashamed of themselves.

While some people identifying as England fans used racial slurs in blaming the trio for the defeat, other offensive messages were accompanied with "forza italia" hashtags.

England's players have made a strong stand against racism at the tournament, taking a knee before their games including Sunday's final.

London's police force tweeted that they were aware of "a number of offensive and racist social media comments" being directed towards the footballers.

"This abuse is totally unacceptable, it will not be tolerated and it will be investigated," the police said.

"Social media has algorithms that targets ads to you but won't stop the racist abuse against some exemplary young men," he tweeted.

"Those who write are pathetic and deserve to be identified and face the public consequences, those who publish it are profiting from hate."

Despite the abuse, the overwhelming majority of messages were in support of the players, who have been praised throughout the tournament for helping bring together a nation hard hit by the coronavirus pandemic.

England forward Raheem Sterling also received a stream of racial abuse after social media users accused him of cheating to win a penalty in England's semifinal win on Wednesday.

"We're disgusted that some of our squad – who have given everything for the shirt this summer – have been subjected to discriminatory abuse online after tonight's game," the English FA tweeted.

"We stand with our players."

We’re disgusted that some of our squad – who have given everything for the shirt this summer – have been subjected to discriminatory abuse online after tonight’s game.We stand with our players https://t.co/1Ce48XRHEl

A separate statement said: "The FA strongly condemns all forms of discrimination and is appalled by the online racism that has been aimed at some of our England players on social media.

"We could not be clearer that anyone behind such disgusting behaviour is not welcome in following the team."