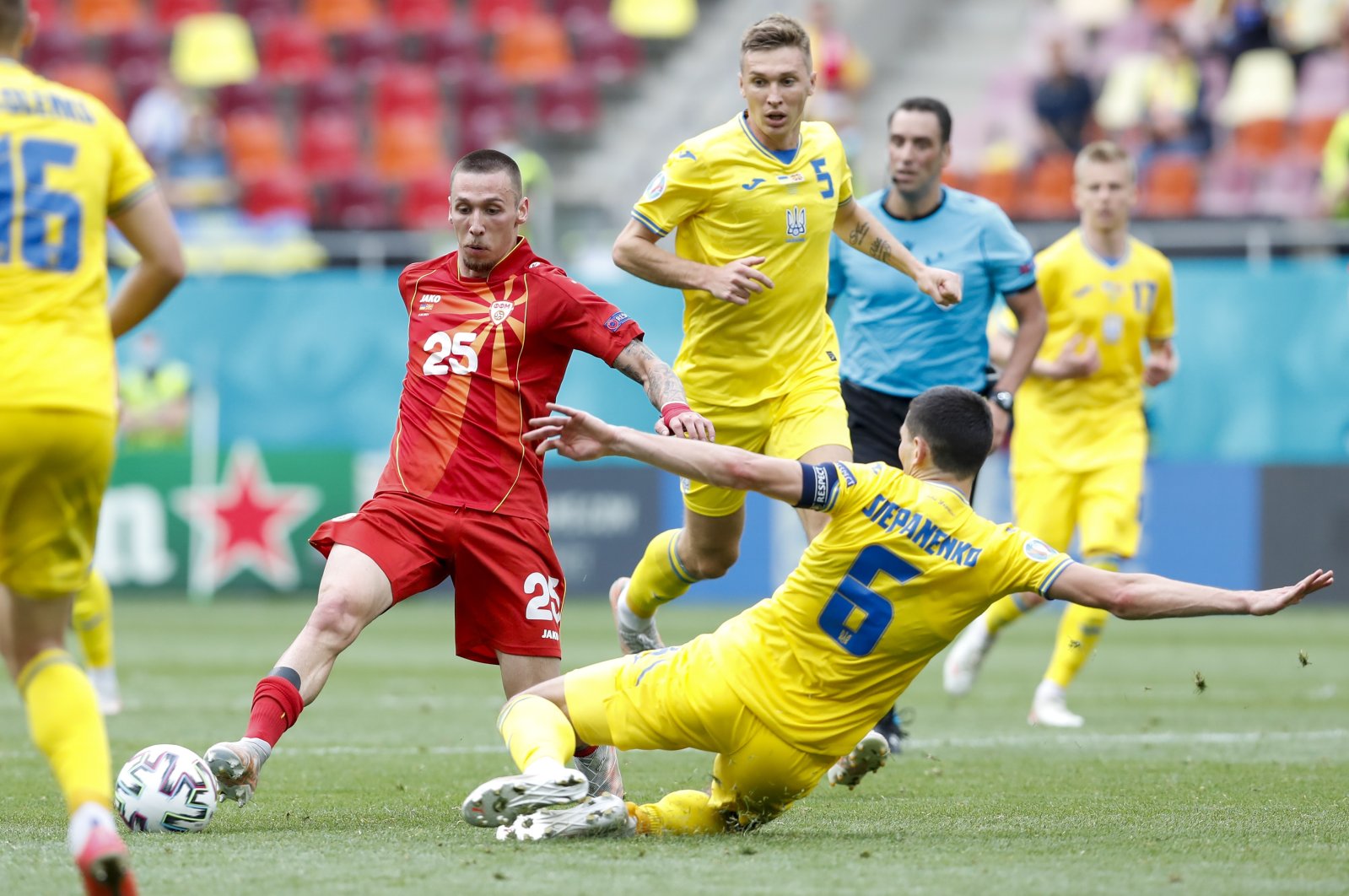 Yarmolenko netted from close range in 29th minute after Oleksandr Karavaev’s flick from a corner. He then released Yaremchuk on the right flank in the 34th to double the lead with a low shot past onrushing goalkeeper Stole Dimitrievski.

The goals were separated by five minutes. Against the Dutch, they scored only four minutes apart.

The pair also equaled coach Andriy Shevchenko’s record of scoring two goals at the European Championship. Shevchenko netted his in a 2-1 victory over Sweden when the country co-hosted Euro 2012, Ukraine’s only previous victory at the continental tournament.

Ezgjan Alioski got the only goal for North Macedonia in the 57th minute when he scored on a rebound after goalkeeper Georgiy Bushchan blocked his penalty shot.

The penalty was awarded after Karavaev brought down North Macedonia striker Goran Pandev, who was aiming for a rebound after Bushchan pushed a shot from Aleksandar Trajkovski onto the woodwork.

Ruslan Malinovskyi later had a penalty saved by Dimitrievski on the other end. It was awarded for a handball following a free kick after a video review.

Ukraine now has three points in Group C while North Macedonia has zero and is facing elimination from the tournament.

Ukraine is appearing in its third European Championship and has never progressed out of the group stage. The team will remain in Bucharest for its final group match against Austria while North Macedonia will travel Amsterdam to face the Netherlands.

Referee Andres Rapallini of Argentina was in charge of the game at the National Arena with linesmen Juan Pablo Belatti and Diego Bonfa assisting. They were taking part in the European tournament amid an exchange with South American football body CONMEBOL.

A Spanish refereeing crew will take charge of a Copa America match between Chile and Bolivia on Friday.