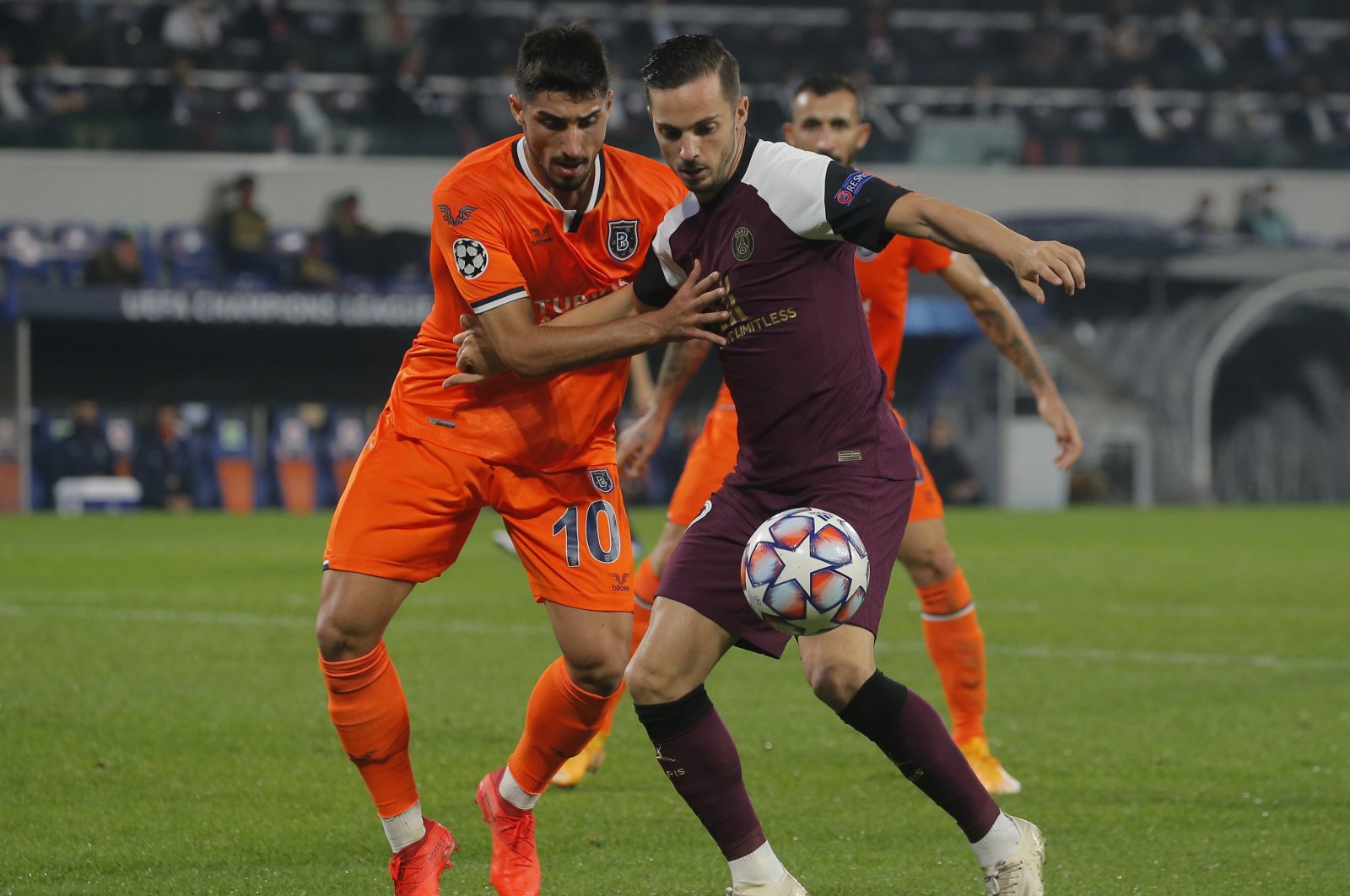 Eliminated from the Champions League after losing 4-3 to RB Leipzig last week, Başakşehir might get to decide which Group H teams will advance to the next round as the group stage comes to a close.

While every team except Başakşehir is tied at the top with nine points, PSG is in the most advantageous position due to head-to-head records against its contenders.

So a mere draw will be enough for coach Thomas Tuchel’s men to book their spot in the round of 16, while a win will seal the top spot.

But a defeat could also send the French powerhouse crashing out of the tournament if Başakşehir can muster up resistance at Parc des Princes Stadium.

While PSG is all but certain to win, as it is the solid favorite for Tuesday’s match, and Başakşehir has nothing to lose or gain. The Istanbul side could decide to play for prestige and bragging rights.

And proving that they can overcome the odds after defeating United 2-1 in Istanbul, Başakşehir could give PSG a run for its money should coach Okan Buruk’s men decide to go out with a bang.

In the group’s other match, United can similarly advance in the tournament with only a draw. But for Bundesliga side Leipzig, the worst performer of the group’s top three, a win is effectively a must.

Having won 3-1 at West Ham over the weekend, United makes the journey to Germany with confidence and with a squad boosted by the return to fitness of Paul Pogba.

The French World Cup winner scored United's first goal as it came from behind to win at West Ham.

"We have to carry on this mentality of winning, always," Pogba told United's website.

With the group wide open, United has no room for mistakes, but having beaten Leipzig 5-0 at Old Trafford, the team believes it can get the job done.

"We cannot afford to lose and be happy with a loss or a draw," he said.

Meanwhile, Leipzig also boosted its confidence with a thrilling 3-3 draw with Bayern Munich on Saturday.

"A performance like today's gives you momentum going into the game against Manchester United," said coach Julian Nagelsmann, who praised his players as "machines," according to Deutsche Presse-Agentur (dpa).

Aside from all the scenarios over who gets to advance to the next round, Tuesday will also witness long-awaited scenes of football’s greatest rivalry, when Lionel Messi will face Cristiano Ronaldo.

With their rivalry enthralling football for the better part of a decade, the pair will duel for potentially the final time when Barcelona hosts Juventus in a Group G match.

The two titans of the modern game, who split ownership of the Ballon d'Or between 2008-2017, were the talismans of Spanish giants Barcelona and Real Madrid until Ronaldo left the Spanish capital for Juventus in 2018.

Since Ronaldo's departure, the fixture has lost some of its glamour, leaving the football world eager for the pair to be pitted against each other again.

Those hopes were frustrated earlier in the group phase, with Ronaldo missing Barcelona's 2-0 win in Turin after testing positive for COVID-19.

The two best players of their generation have not faced another since Ronaldo left Real Madrid in 2018, and now, they are finally poised to meet again.

Both sides have already qualified for the last 16, but Juventus can overtake Barcelona if it wins at Camp Nou by three goals or more, or by any two-goal margin other than 2-0.

Ronaldo and Messi are in the latter phases of their careers, at 35 and 33, respectively, but both retain their elite status.

Messi has six Ballons d'Or to his name and is the current holder, while Ronaldo boasts five.

Following his arrival in Italy, Ronaldo has been thriving, having quickly become key for Juventus, which presented him with a commemorative shirt on Saturday to recognize his 750th career goal.

Ronaldo netted 21 goals in his debut season for Juventus to take his club to the Serie A title, followed by 31 in the last season as the club lifted the trophy again, for the 36th time.

With eight goals in six appearances this season for coach Andrea Pirlo, Ronaldo is showing no signs of slowing down. By contrast, Messi is struggling in Spain.

The Barcelona forward tried to escape this summer, but his club refused to let him leave, and Messi appears an uncomfortable fit in new coach Ronald Koeman's tactical plans and far from his decisive best.

Barcelona is enduring their worst start to a league season for 33 years, and Messi's inconsistency is part of the problem, with four goals in 10 appearances and two of those from the penalty spot.

Carles Tusquets, president of the managing board in charge before club elections in January, said he would have sold Messi in the summer, economically speaking.

"Financially, him leaving would have been good for the club," Tusquets told Catalunya Radio, according to Agence France-Presse (AFP). "We'd be better off because we said that his salary is the highest in the world. Nothing could be truer."

The chance to joust with his old foe Ronaldo may rouse the Argentinian forward, who failed to score in a dismal 2-1 defeat by La Liga newcomer Cadiz on Saturday.

While Ronaldo was in Spain, he and Messi drove each other to greater and greater heights, in what was football's greatest rivalry between individuals. On Tuesday, they cross swords once again, perhaps as a last encore.