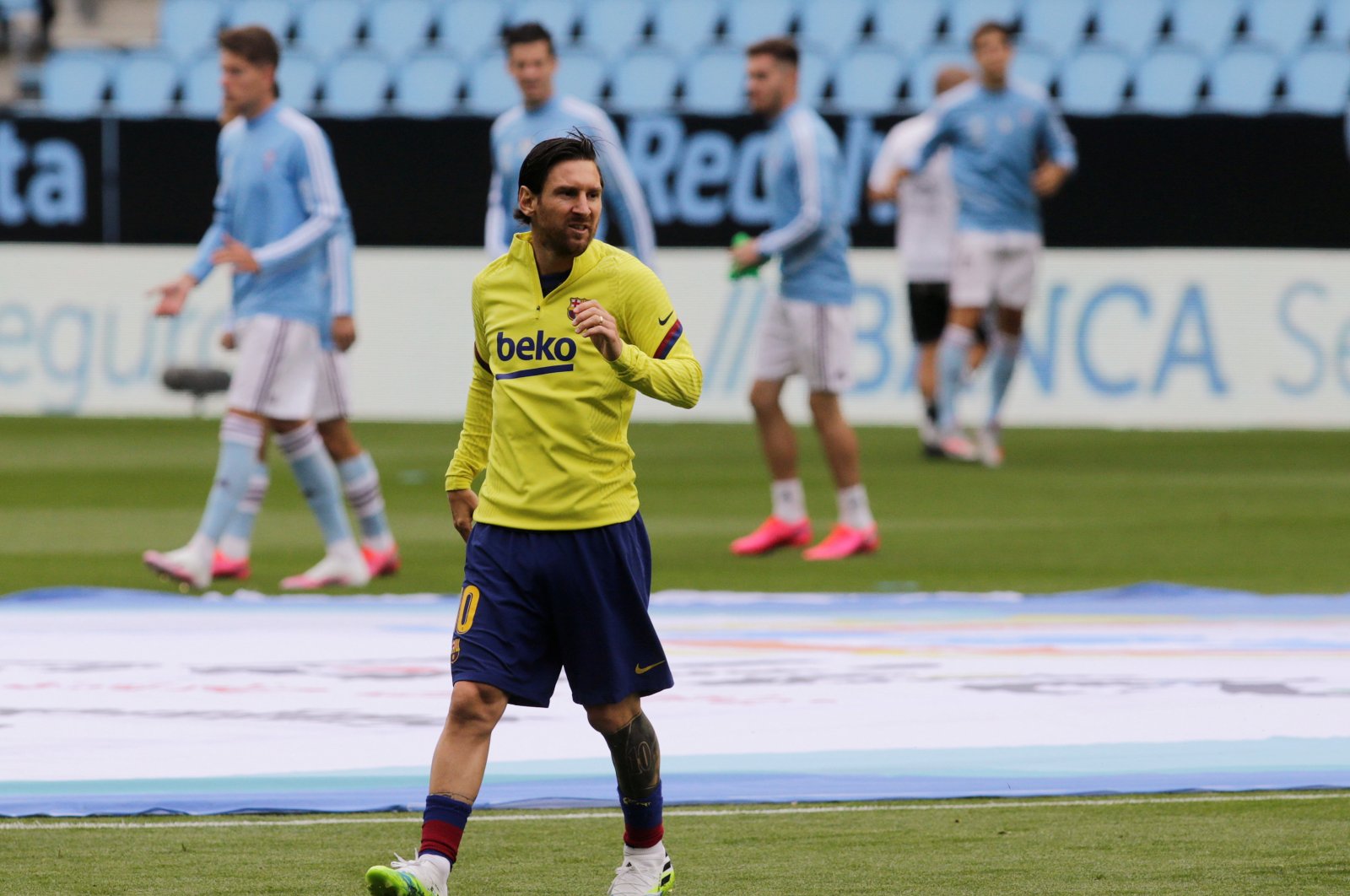 Barcelona may be about to lose the league but losing Lionel Messi would be much harder to stomach.

Messi's contract is due to expire next year and the Argentinian has reportedly stopped talks due to frustrations with the direction of the club.

"Right now, Messi's idea is to finish his contract in 2021 and leave Barcelona. Messi has stalled on the extension of his contract. Negotiations had started very well, with a good understanding between the two parties, but recent events have made Messi reconsider everything."

Asked about suggestions Messi plans to leave Barcelona, coach Quique Setien said Saturday: "I won't speculate about this because I haven't heard from him so I'm not aware of him saying anything.

"I see him well, everything else is speculation that I won't get involved in. We speak about what we have to speak about and nothing else."

Barcelona plays away at in-form Villarreal on Sunday evening. Real Madrid could by then have extended their lead at the top of the table. They face Athletic Bilbao a few hours earlier.

Messi said in February he did not believe Barcelona could win the Champions League on current form.

The 33-year-old has also had regular disagreements with the club's board, headed by president Josep Maria Bartomeu.

Messi reacted publicly when sporting director Eric Abidal appeared to blame the players for the sacking of Ernesto Valverde in January.

He also led the fightback from the players over the dispute with the board in March regarding pay cuts during the coronavirus pandemic.

"We cannot help but be surprised that from within the club there are those trying to put us under the microscope or apply pressure for us to do something that we have always been clear that we would do," said Messi.

Barcelona's presidential elections are due to be held in 2021 when Bartomeu will have to step aside.

Among those set to run is Victor Font, who wants to appoint Messi's former team-mate Xavi Hernandez as a coach.

Yet Barca's form, as well as suggestions of unrest in the dressing room, have placed scrutiny on Setien's job in the short-term.

He has a contract until 2022, with a break clause in 2021, but it remains to be seen if he is in charge for next season, or even the Champions League in August.

"I have experienced it other times," said Setien, when asked about the uncertainty. "It is not something I can control. This the circus that we are in and we accept it. "I don't exhaust myself by reading or listening to the noise around me."

Xavi replacing Setien would reinvigorate Messi, and perhaps the team, but the Spaniard is unlikely to take charge while Bartomeu is still in place. That means Xavi would have to wait at least another year.

Messi's reluctance to continue contract negotiations could be a political ploy aimed at undermining the current board further. But at 33, he also does not have time to waste.

Unless Barcelona unexpectedly goes all the way next month, it will be five years since the world's best player has won the Champions League. Both Messi and Europe's elite clubs will be aware he deserves better.