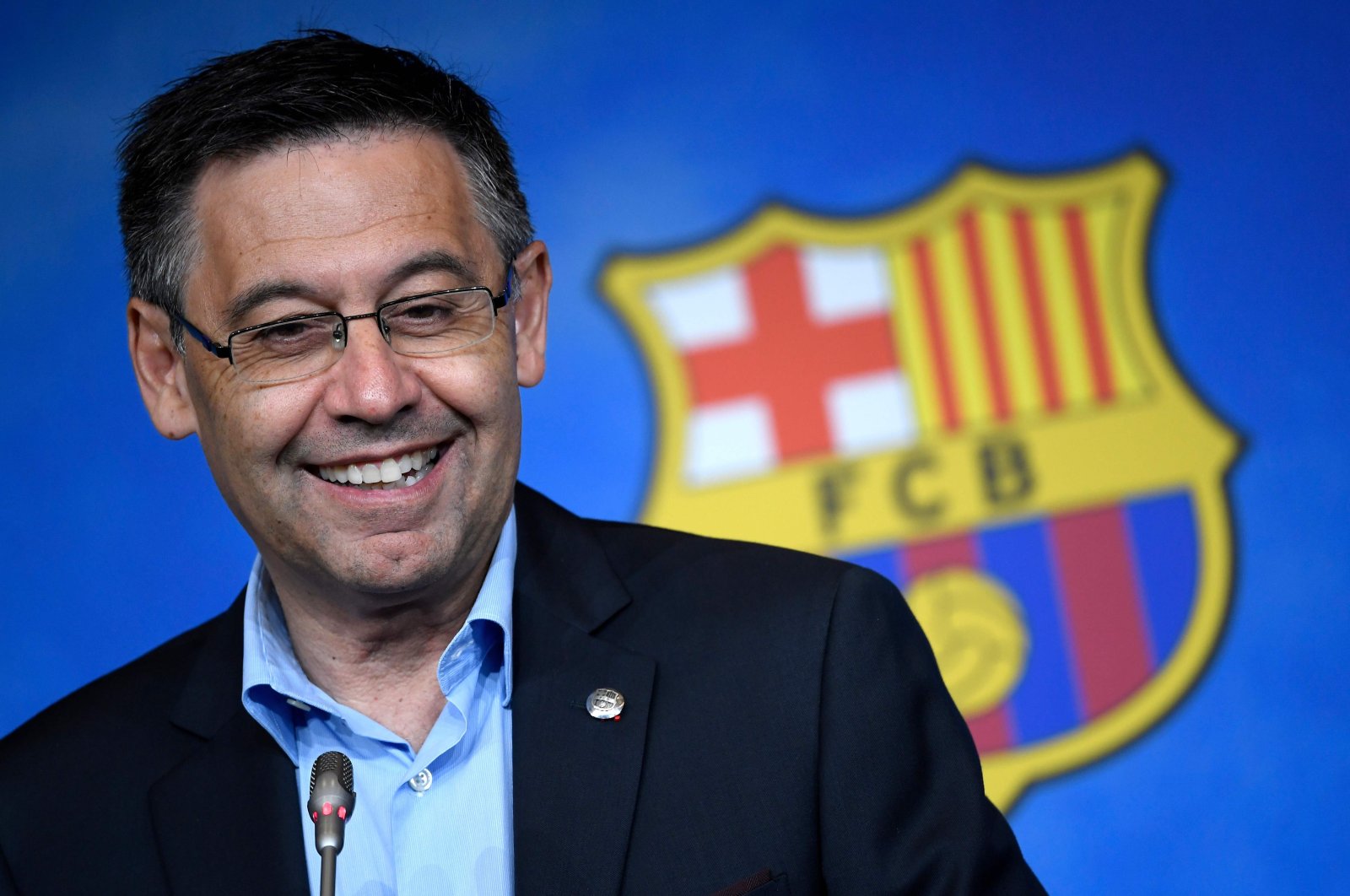 Josep Maria Bartomeu resigned as Barcelona president on Tuesday, along with his board of directors and left with a bombshell admission that he had accepted a proposal for the club to play in "a future European Super League."

Bartomeu's departure comes following mounting pressure from fans and his public falling out with Lionel Messi.

His resignation could even affect the future of Messi, who will now be given a new project after the Argentinian tried to leave in August, citing a lack of direction at the club.

"I want to communicate my resignation along with the rest of the board," said Bartomeu in a official announcement. "It's a composed and relaxed decision, agreed with all my fellow directors."

However, it was his revelation about a Super League which seems certain to make the biggest waves beyond Catalonia.

Bartomeu said he accepted a proposal Monday for Barcelona to play in "a future European Super League" which "would guarantee the financial stability of the club."

An election for Bartomeu's successor will take place within the next three months, although it is expected to happen sooner, while an interim board will be put in charge in the meantime.

Bartomeu will go down as arguably the worst president in Barcelona's history. His six-year tenure saw a dramatic decline in the performances of the team and he oversaw Messi, the club's greatest ever player, trying to leave the club for free.

His resignation means avoiding a vote of no confidence, which had been triggered after more than 20,000 Barcelona members signed a petition for him to be removed following a nightmare period on and off the pitch.

Attempts to delay the vote, including citing an investigation into false signatures and problems caused by coronavirus, were rejected by the local government in Catalonia, with Bartomeu finally quitting Tuesday night following a board meeting.

A series of political blunders had long caused a rift between the board and senior players, before Barca ended last season with a humiliating 8-2 defeat at the hands of Bayern Munich in the Champions League.

Messi then shocked the world of football by informing the club he wanted to depart and while he was forced to admit defeat, he did so by making clear his anger toward Bartomeu, in an explosive interview with Goal.

"He didn't end up keeping his word," said Messi, who added: "It has been a long time since there has been a project or anything at all. They are always juggling and plugging gaps."

Victor Font and Joan Laporta are among the candidates expected to run to be Bartomeu's successor.

Font has attached his campaign to the appointment of former Barcelona midfielder Xavi Hernandez as coach while Laporta was previously president during the golden era under Pep Guardiola.