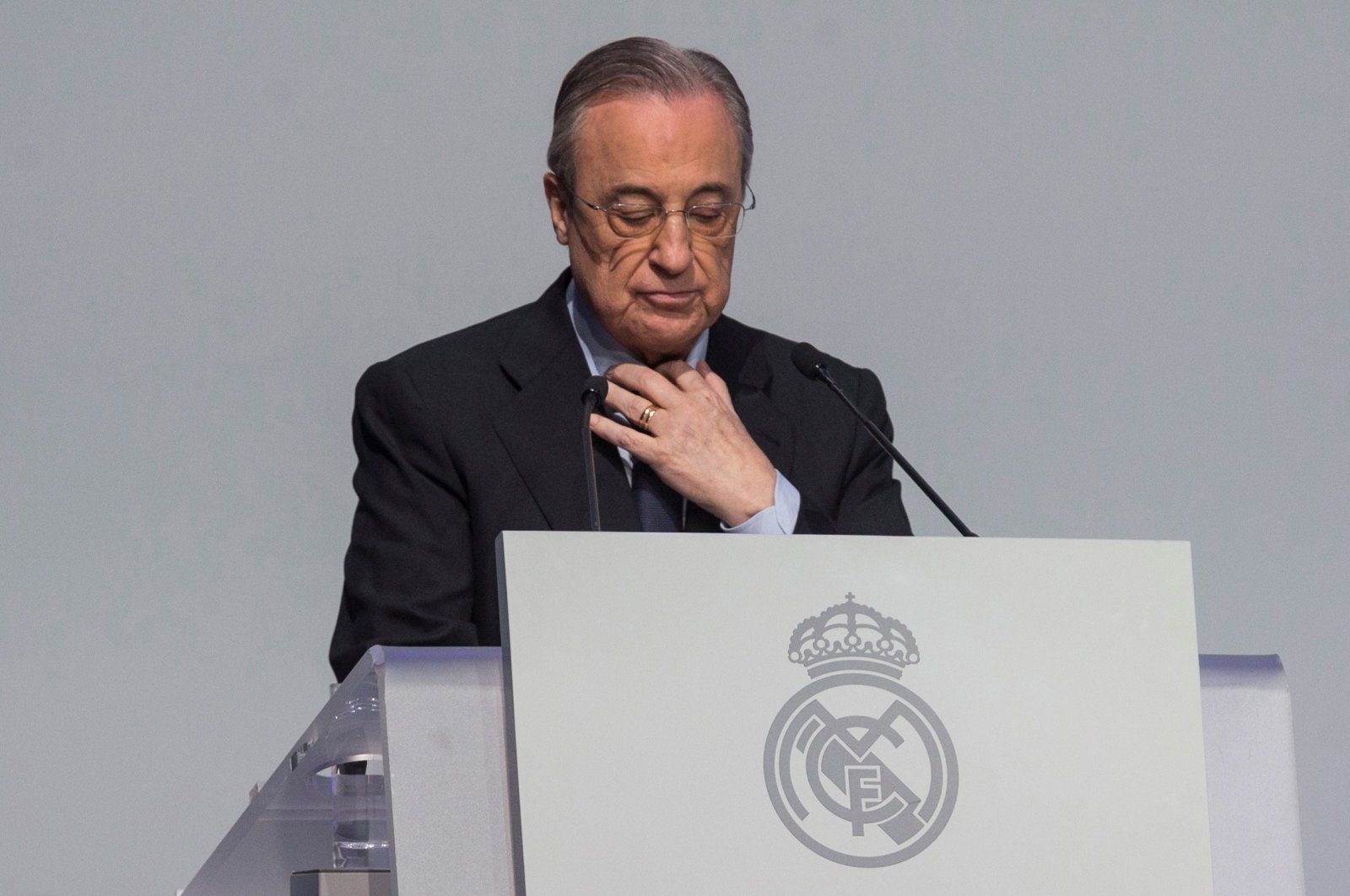 The 74-year-old was the only candidate to apply after nominations opened at the start of the month.

A club statement said: "A single candidate was validated by the electoral committee ... and D. Florentino Perez Rodriguez is proclaimed president."

Perez, the head of major construction group ACS, had already been reelected unopposed twice: in 2013 and 2017. He is approaching 18 years in charge of Real.

He was the man behind Madrid's star-studded "Galacticos" era in his first spell as club president between 2000-2006.

His latest mandate runs until 2025.

He called for new elections at a board meeting on April 1, and the club's electoral committee met at one minute past midnight Tuesday to allow any late runners to appear before the deadline.

Perez's fourth consecutive term, and sixth in total, was confirmed a quarter of an hour later.

Critics say a reform in the club's statutes from 2012 makes it harder to run for president.

Since then, any candidate must have been a Real Madrid member for at least 20 years and be able to guarantee a part of the team's budget with their personal assets.

His personal wealth is estimated by Forbes Magazine at $2.2 billion dollars (1.85 billion euros).

Among the most pressing items in his in-tray are the renovation of Real's Santiago Bernabeu stadium, the club's balance sheet in the wake of the coronavirus, and the club's two main transfer targets – Paris Saint-Germain's Kylian Mbappe and/or Borussia Dortmund star Erling Haaland.

Real Madrid faces Liverpool in the second leg of the Champions League quarterfinals at Anfield on Wednesday, leading 3-1 from the first leg as they pursue a 14th European crown.

After the weekend's 2-1 Clasico win it moved above Barcelona into second, one point behind Atletico Madrid in the hunt for a Liga/Champions League double.