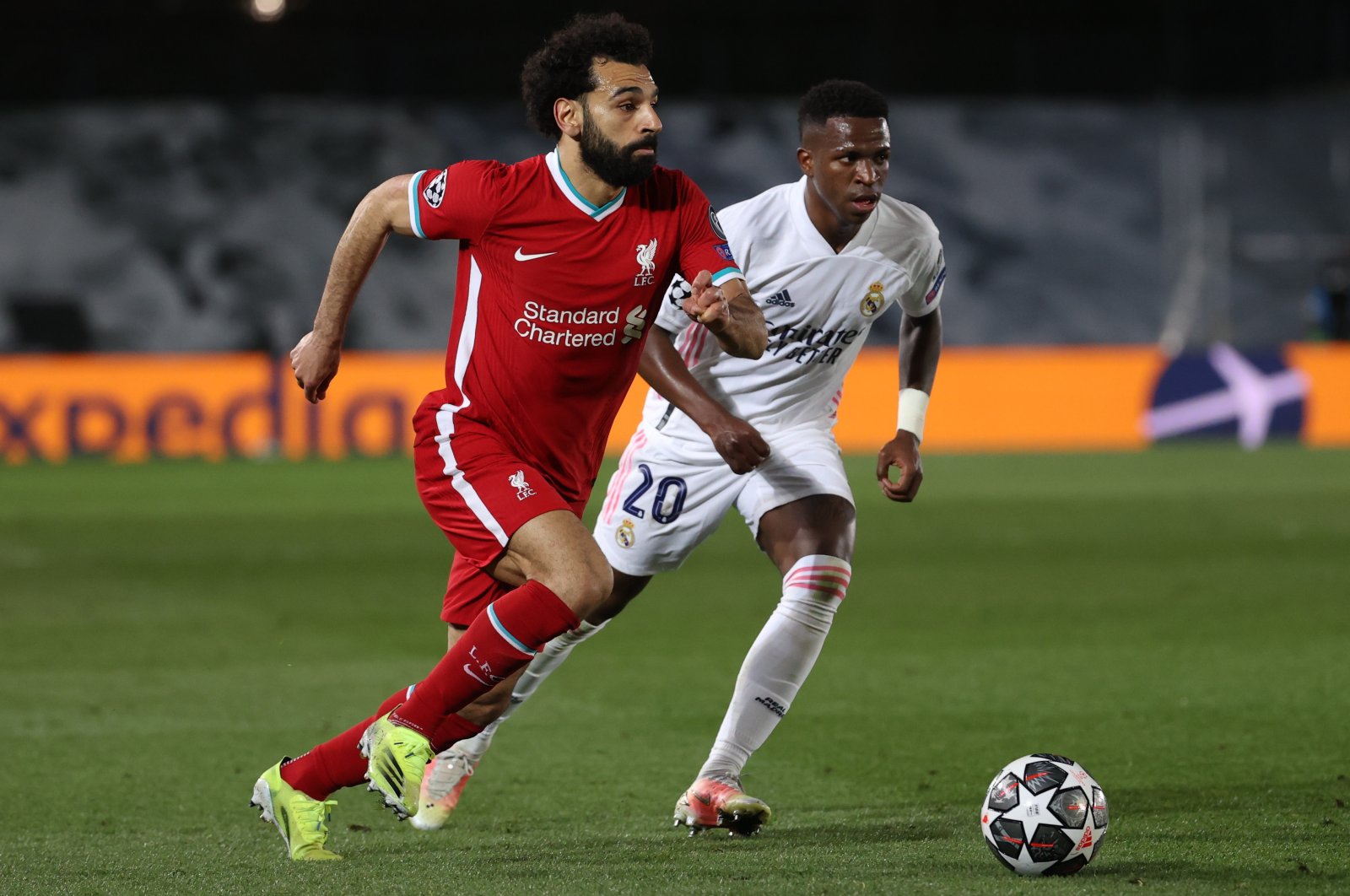 English giant Liverpool will need a comeback against all odds when it faces an in-form Real Madrid in the UEFA Champions League quarterfinal second leg match at an empty Anfield on Wednesday.

Real Madrid is in its best form of the season. It followed the first-leg win over Liverpool with a victory against Barcelona in the Spanish league Clasico to temporarily go top.

Madrid coach Zinedine Zidane still has injury problems, though, as it's unlikely defenders Sergio Ramos and Raphael Varane will play the return match in England. Forward Lucas Vazquez is ruled out after injuring his left knee against Barcelona.

Real will be counting on German midfielder Toni Kross, who alongside Casemiro and Luka Modric, has led the Spanish side from the front this season.

"Toni is incredible, a legend of the club. Whenever he goes out on the pitch he goes out with class. Nobody can play like him," said Vinicius Junior last week.

"If Toni wants the team to slow down it slows down, if he wants to speed it up it speeds up," said Casemiro. "Toni decides."

For coach Zinedine Zidane, he is an instant pick for the team's biggest games. "He has this authority," Zidane said last year. "He doesn't talk a lot, he's a quiet and reserved guy. He expresses himself on the pitch."

Meanwhile, with no fans allowed inside Anfield, Liverpool’s players need all the confidence they can muster.

Registering its first win – and first open-play goals – at home in 2021 could not have come at a better time in its league victory over Aston Villa on Saturday.

With the outgoing Premier League champions three points from the Champions League places, making the top four is proving a challenge. Winning a seventh European Cup might be the only ticket back into the competition next season.

Reaching the semifinals would be a huge achievement for Dortmund, which is not on course to qualify for next season's Champions League while seven points outside of the Bundesliga's top four.

That will make it very hard to keep star striker Erling Haaland in the face of interest from Europe's biggest clubs. However, sporting director Michael Zorc has said the club is planning to start next season with the Norwegian in the squad.

City is one of the sides keen to sign the 20-year-old Haaland but its ability to keep the star largely quiet in the first leg helped to secure the advantage.

Haaland setting up Marco Reus for a goal in Manchester means City will have to fight to secure progress, while the Germans will desperately need veteran Reus to rekindle the blossoming partnership to secure a place in the semis.

Reus is full of praise for his teammate, who grabbed headlines earlier this season as the youngest player to score 20 Champions League goals.

"I've never seen anyone like Haaland at this club," Reus told the "Kicker meets DAZN" podcast.

"He's unique and still very young. He's developed massively over the past six to nine months."

The Norwegian forward was also full of praise for Reus. "He is a big legend here and we need him at his best," Haaland said of Reus in January. "He has a vision that no one else has."

For City, on the other hand, Pep Guardiola's decision to rest stars like Kevin De Bruyne on Saturday against Leeds backfired when City lost to the promoted side. However, that will be a small price to pay if a refreshed De Bruyne inspires his side to take another big step to realize his ambition of total domination. With less than two months of the season to play, City is still on course for a historic quadruple of Champions League, Premier League, FA Cup and League Cup.