Valencia players walk off field after racist abuse on Diakhaby 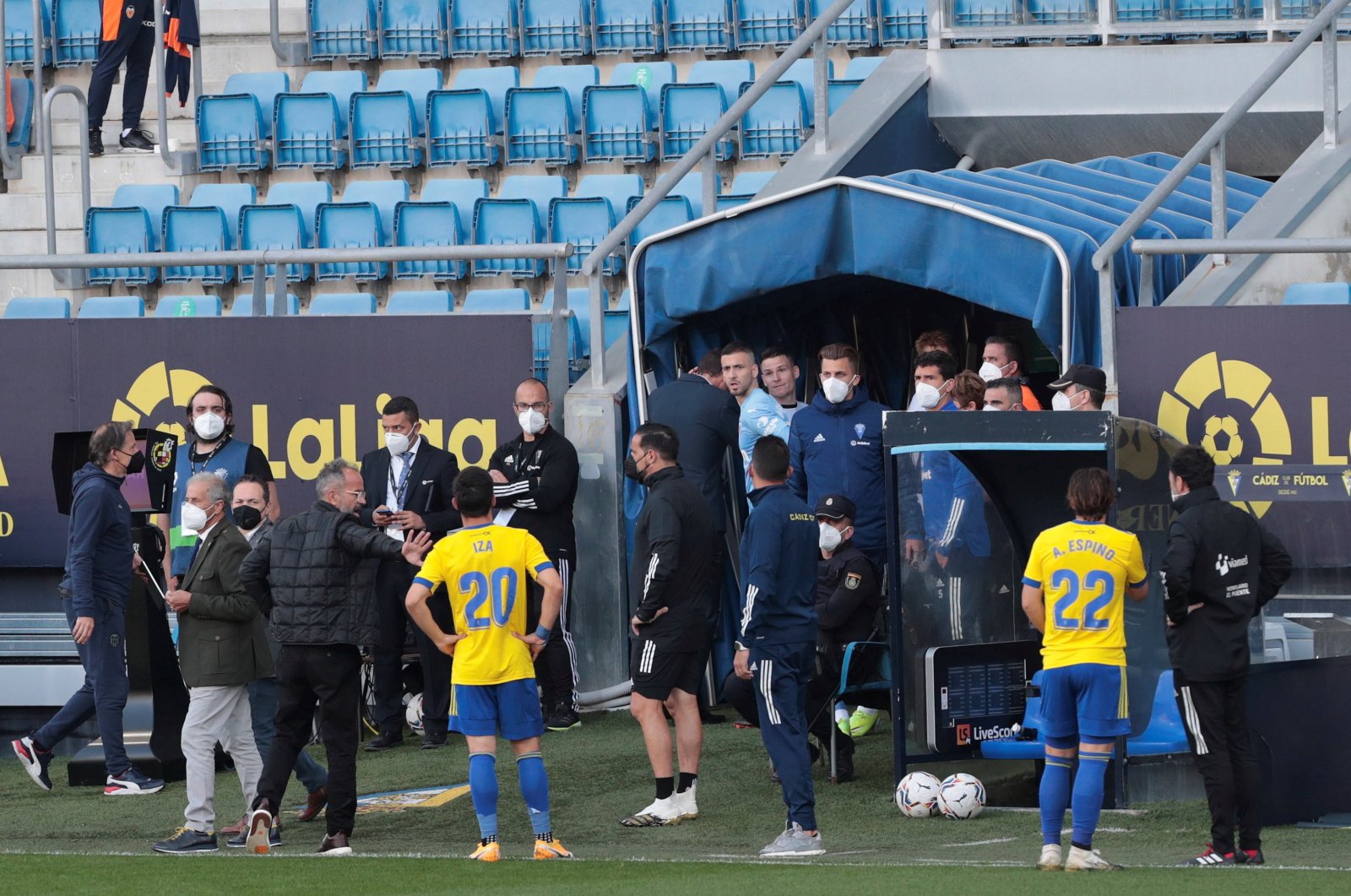 Valencia stopped playing its Spanish league game at Cádiz on Sunday and walked off the field after one of its players said he was racially insulted by an opponent.

Valencia left the field after Mouctar Diakhaby accused Cádiz defender Juan Cala of insulting him. Valencia said in a statement the team decided to return after a request by Diakhaby, who is Black.

"The team have held a meeting and decided to continue the game, in order to fight for the honor of the club, but denounce racism of any kind,” it said in its Twitter account in English. "The player, who had received a racial insult, requested that his teammates return to the pitch.” Valencia said it offered its "complete backing" to Diakhaby. "WE SUPPORT YOU MOUCTAR,” it wrote.

The incident happened in the first half. The match was nearing the 30th minute – with the score 1-1 at the time – when Diakhaby and Cala clashed while going for the ball. An exchange of words appeared to upset French defender Diakhaby, and the two players shortly after got into an altercation near midfield, with their teammates having to break them apart. Diakhaby was immediately shown a yellow card for the altercation with Cala, who had tried to avoid it at first. After speaking with the referee, Diakhaby and his teammates left the field and went into the locker rooms.

The Valencia players returned several minutes later to resume the game, with the team saying it was abiding by Diakhaby’s request. Diakhaby did not return, though, with Hugo Guillamón coming on. The game restarted more than 20 minutes after being stopped. Cala continued playing but was substituted at halftime. He had scored the team's opening goal in the 14th minute. Cádiz won the match 2-1 thanks to an 88th-minute header by Marcos Mauro, moving further away from the relegation zone. Kevin Gameiro had equalized for 12th-place Valencia in the 19th minute.

Coach Javi Gracia later claimed they were told they would be punished if they refused to resume the match.

"In the changing rooms we were told if we didn't return, we would be sanctioned," said Gracia.

"In that moment, we spoke with Diakha, about how he was, and he told us that he wouldn't play but he understood perfectly we had to continue playing to avoid a possible sanction, so we returned."

Valencia defender Jose Gaya had also told Spanish television after the game: "He (Diakhaby) told us he was insulted in a racist way. We went back out to play because they told us they could penalize us with three points and something more. He asked us to go back, he's gutted, it was a very ugly insult."