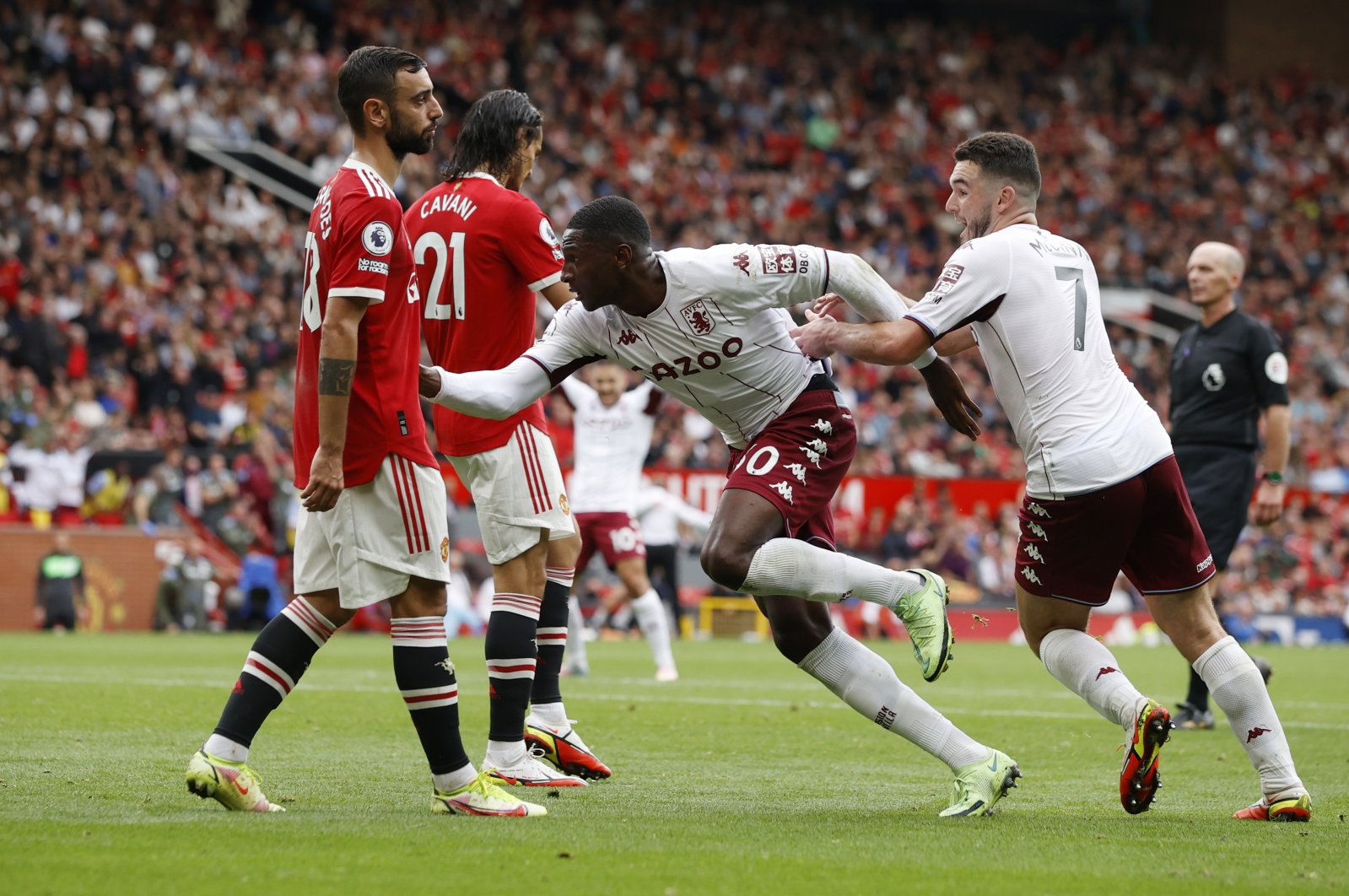 A point was all Manchester United would have needed to go briefly top of the Premier League, but it just wasn't meant to be. To make matters worse, cross-town rivals Manchester City beat Chelsea on Saturday, putting City level on points with United but ahead on goal differential.

Kortney Hause looked to have gone from hero to zero when he followed a late-headed goal at one end with a handball at the other.

But Fernandes, taking the spot-kick ahead of Cristiano Ronaldo, blazed over the crossbar to condemn United – who lost Harry Maguire and Luke Shaw to injury – to a first league defeat of the campaign.

Villa must have wondered if their opportunity for a first win against United in 18 attempts had come and gone when they passed up a trio of huge first-half chances.

Matt Targett wasted the best of them from a low Matty Cash cross, before David de Gea gifted the visitors their next opening, prodding a strong Maguire backpass into Ollie Watkins' path but recovering to block, and then Ezri Konsa nodded over from beneath the crossbar.

With Shaw and Maguire off, Watkins ran at Raphael Varane and drew a strong save from De Gea, and the goalkeeper could not get to Hause's header from Douglas Luiz's latest dangerous corner two minutes from time.

It looked as though United might still get a reprieve when the ball then struck Hause's hand in the area, but Fernandes – wearing the captain's armband in Maguire's absence – could not hit the target from 12 meters as Ronaldo watched on.