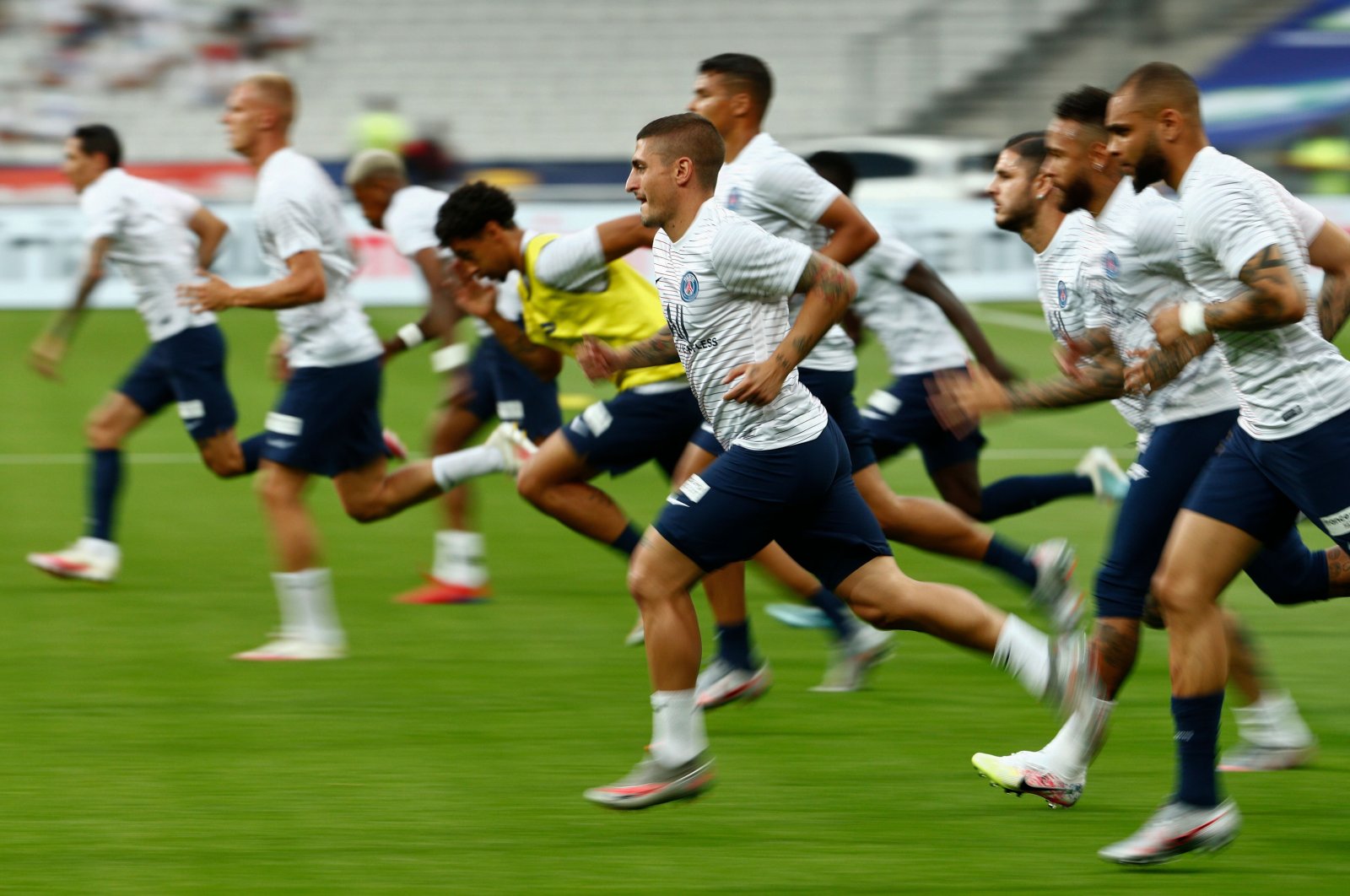 As a new season approaches in Ligue 1, new COVID-19 cases in clubs may endanger a return to action

It was the one major European league to opt in the spring not to restart when its season was suspended because of the coronavirus pandemic, and now an outbreak of new cases at French clubs is providing cause for concern as the 2020-21 Ligue 1 campaign draws ever closer.

In the firing line is Strasbourg, which in recent days has confirmed nine positive COVID-19 tests, leading to worries that one recent friendly may have been the source of a cluster of cases.

Strasbourg played Ligue 1 rivals Montpellier in the spa town of Divonne-les-Bains, near Lake Geneva, on July 28.

Since then, one Montpellier player – midfielder Florent Mollet, according to sports daily L'Equipe – has also tested positive.

Both clubs have had to call off subsequent planned friendly matches, throwing preparations for the new season into disarray.

It was the fifth virus case at Montpellier going back to France's confinement which stretched from March into May, and the southern club hit out at their friendly opponents in a statement Thursday.

Montpellier said all of their "players, staff and directors have been rigorously tested before every friendly match out of respect to the players and the opposition."

They expressed their unhappiness that Strasbourg had not performed new tests on their squad immediately before the game, and said that Montpellier was, as a result, "the biggest victims of the situation with one player in isolation and two warm-up friendly matches called off."

Montpellier's anxiety is perhaps all the greater as one of their players ended up seriously ill in hospital in April with COVID-19. Junior Sambia, who is 23, was even put in an artificial coma before recovering.

There have been cases elsewhere: eight at Nantes, including three players, and four players at Lille.

"We can be as fussy as we like in the workplace, but we can't put the guys on a lead outside," warned Montpellier coach Michel Der Zakarian.

At Lille, the positive cases and a wariness about the health situation led to the club canceling a planned training camp in Portugal.

"We are on at the players every day about respecting social distancing, telling them to be careful at home and to avoid crowded places," said Lille coach Christophe Galtier.

"The virus is here with us and as long as there is no vaccine we will have to live with it," he said.

Montpellier's questioning of the health protocol surrounding their friendly against Strasbourg suggests work needs to be done there, but things are likely to be different when the new season kicks off, all going to plan, on Aug. 21 with a clash between Marseille and Saint-Etienne.

Later Thursday, Saint-Etienne revealed that one of its players had also tested positive, leading to Friday's scheduled friendly at German club Hertha Berlin being called off.

In a statement, the French Professional Football League (LFP) told Agence France-Presse (AFP) it was "extremely attentive to the medical and health situation."

However, the backdrop to all of this is concerning, with France currently seeing virus cases creep up again.

Even if clubs get a handle on cases internally, there is always the risk of authorities intervening to call matches off in areas where the virus is prevalent.

And yet France has been the first major nation in western Europe to allow spectators back into matches – a maximum of 5,000 people have been allowed to attend certain games, including the two national cup finals held in July.

That is crucial for clubs' finances. Nevertheless, the rising number of cases among players is a reminder that the first thing to worry about may just be making sure games do go ahead when the season begins.

"I am hoping that matches will not be postponed just because a team has cases of COVID," said Galtier.

"We need to adapt and deal with the prospect that we could have a lot of players missing because of this," he said.