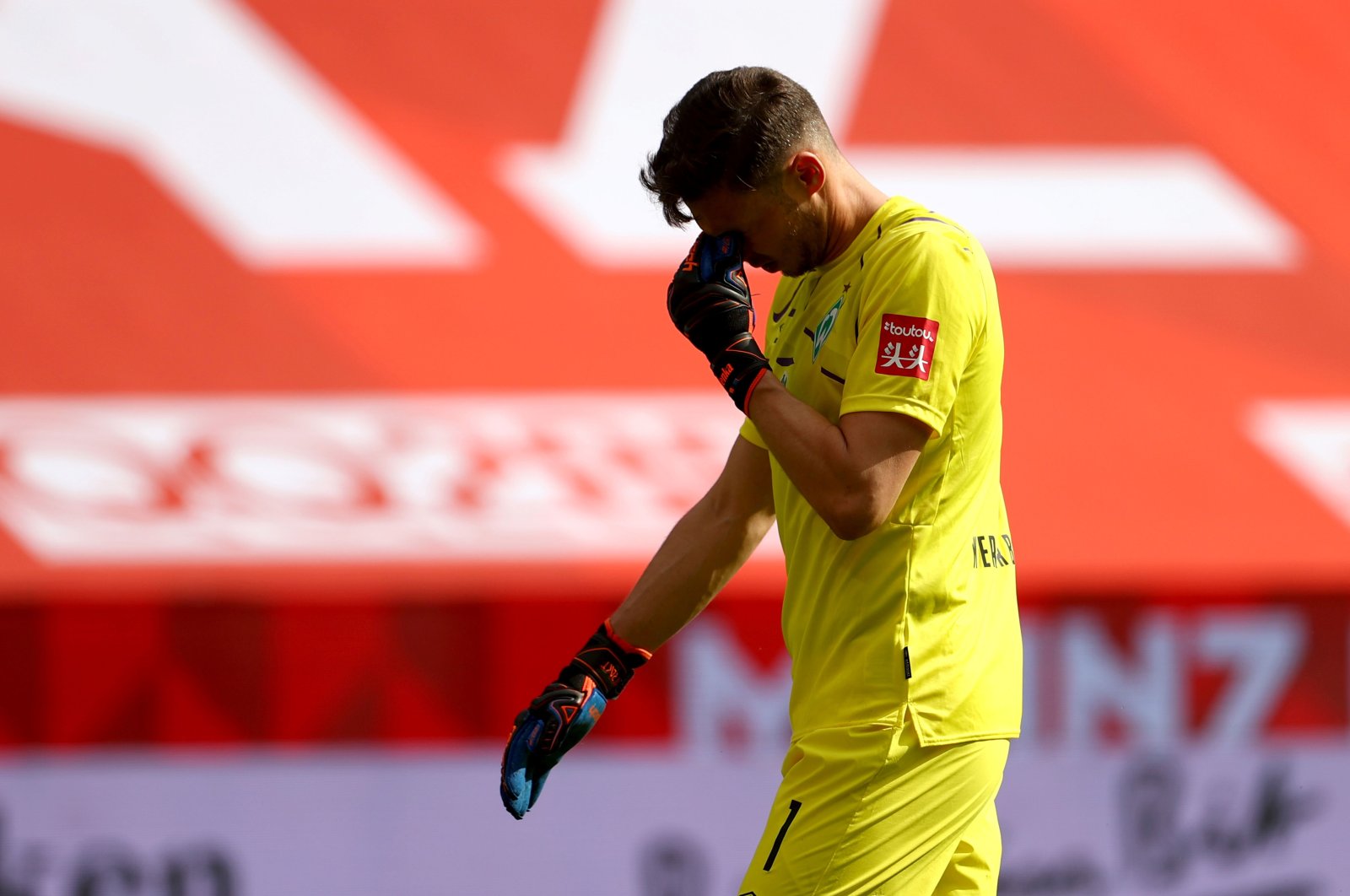 The time of Werder Bremen being league winners, cup finalists and Champions League regulars is over, and after Saturday's loss at Mainz, their continued presence in the Bundesliga could well be measured in days.

"The disappointment will last for a few more days, but we have to pick ourselves up, and we definitely won't give up," said sporting director Frank Baumann.

"That's out of the question. We will go into the last game with everything we have to pull off a miracle."

The facts speak for themselves, and no one in Bremen will like what they say. Relegation, for just the second time ever after 1980, is looming large.

Should Dusseldorf win at Union Berlin in their last game, Bremen will be relegated regardless of how they fare at home to Cologne. A win would save Bremen if Fortuna loses while should Dusseldorf draw, a four-goal Werder victory is needed to reach the playoff.

"It's now very difficult for us to avoid relegation," admitted coach Florian Kohfeldt. "But we all owe it to the club to fight until the end, as long as it is still possible."

There are short and long-term answers to the inevitable question of how did it come to this for the four-time Bundesliga champions.

From their last title win in 2004 to 2011, Bremen spent only one season out of the money-spinning Champions League. But without that cash to reinvest, bigger clubs pulled away financially while the Bundesliga's ever-improving television deals allowed smaller sides to close the gap.

There have been previous flirts with relegation, most notably in 2016 when they entered the final day in the bottom three only to escape with a late victory over Eintracht Frankfurt.

Coaches have come and gone, unable to change the downward trend despite occasional moments of hope.