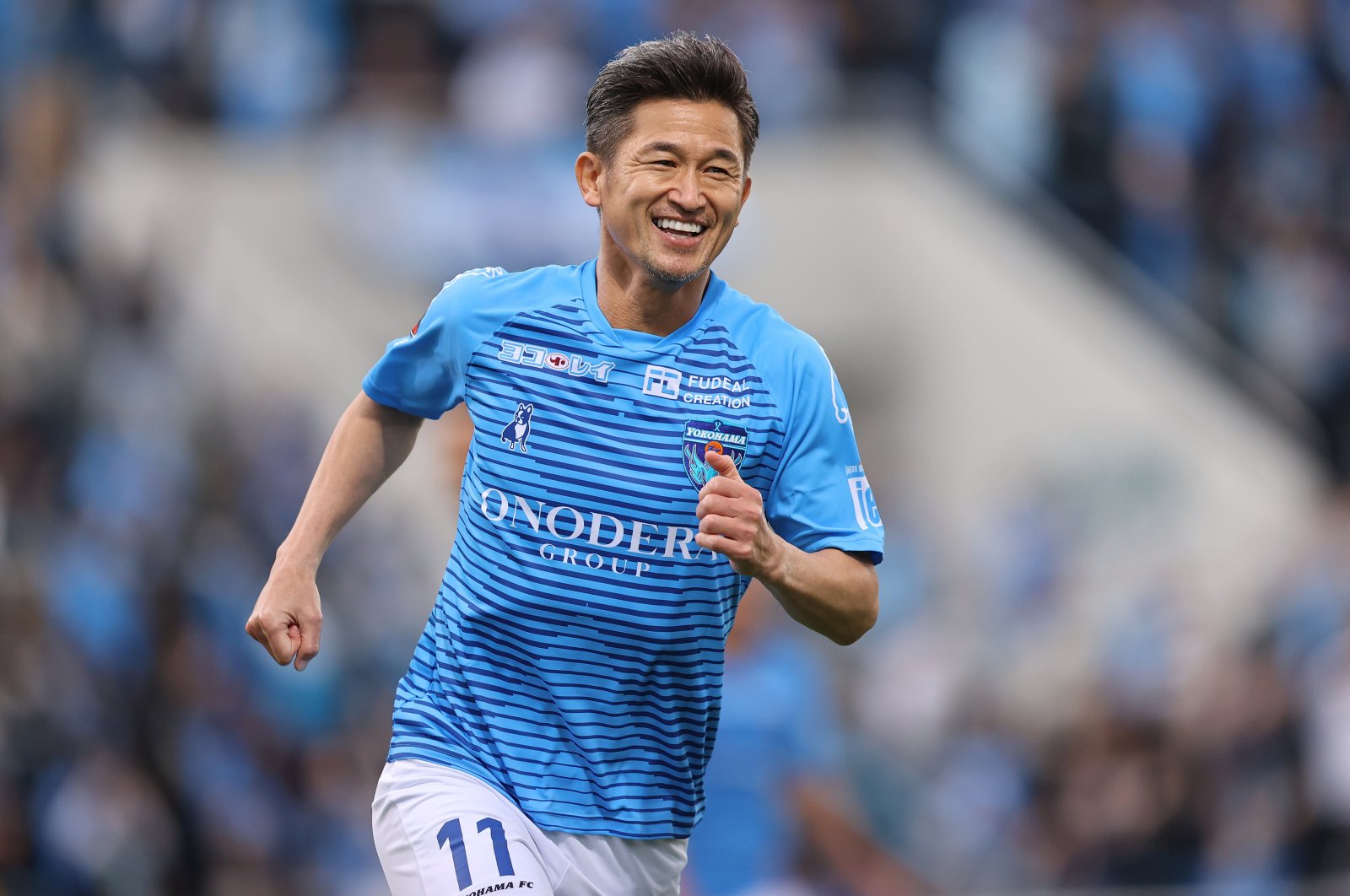 Kazuyoshi Miura, the oldest active football player in the world, is set to continue playing at the age of 54 after extending his contract with Yokohama FC for another season, the Japanese club said on Monday.

The former Japan striker last scored against Thespakusatsu Gunma in 2017 in Japan’s second division, becoming the oldest player to score in a Japanese professional league game at 50 years and 14 days.

The 2021 season will be Miura’s 36th as a professional after starting his career with Santos in Brazil in 1986.

In 2017, Miura surpassed football's previous professional longevity record and became the oldest player to score a competitive goal in a professional match. Both records were previously held by English legend Stanley Matthews.

The striker is one of the most revered sportsmen in Japan and was at the forefront of the country's football boom in the early 1990s when he was the poster boy of the newly launched league in 1993.

He led Verdy Kawasaki to the title in 1993 and 1994 before moving to Italy, where he spent a season in Serie A with Genoa. He has also had stints in Croatia and Australia as well as at other Japanese sides.

Miura won the Asian Cup with Japan in 1992 but missed out on representing his country on their debut appearance at the World Cup finals in France six years later. He scored 55 goals in 89 games for Japan.

The forward helped Yokohama secure promotion to Japan's top division at the end of the 2019 season but played only four times in the 2020 season.