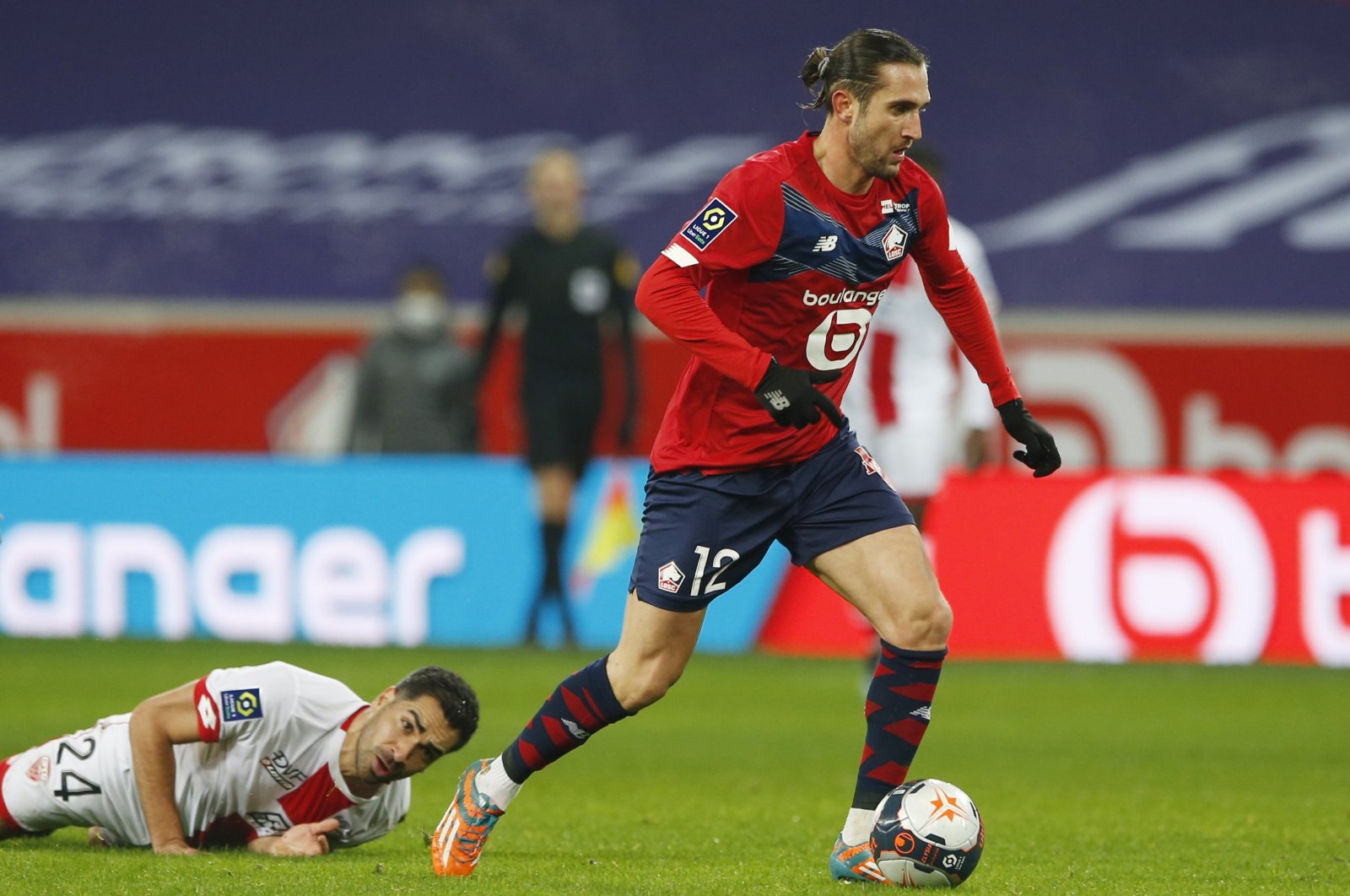 Lille’s Turkish attacker Yusuf Yazıcı was once again on target as his sole strike was enough to sink visiting Dijon Sunday. It also secured a fourth-straight win for Christophe Galtier's side and sent it to the top of the French league ahead of powerhouse Paris Saint-Germain.

Sven Botman missed an early chance for the home side against Dijon, but Lille took a 29th-minute lead through Yusuf Yazıcı.

It was the 24-year-old Turkish international's sixth league goal of the season in just seven starts in the Ligue 1 campaign. He’s also been in stellar form in the Europa League as well, scoring six goals in six outings so far. Last month he won the Ligue 1 Player of the Month award for December.

On the night, Jonathan Bamba wasted an excellent opportunity to double the lead midway through the second half when he headed over from close range, but Lille comfortably saw out the victory.

"Now, we are in the shoes of the hunted," said Lille coach Galtier. "You have to appreciate it and take it on. We'll see how we react."

Lille is bidding for its first major trophy since winning both Ligue 1 and the French Cup in 2011.

Monaco is also in the hunt after its fifth win on the bounce, 2-1 at Nantes, which puts Nico Kovac's side six points behind leaders Lille and just three behind PSG in the hunt for Champions League spots.

Renaud Emond pulled one back for Nantes with eight minutes remaining despite Nicolas Pallois having been sent off for dissent 10 minutes before, but remain winless under new coach Raymond Domenech.

Neymar scored two penalties but the visitors collapsed late on at the Stade du Moustoir, as Nigerian Terem Moffi netted an injury-time winner.

PSG drop to third, one point behind second-placed Lyon, with Lille a further two points ahead after their 1-0 win over Dijon.

"We have to keep the positive aspects and move forward," said former Tottenham manager Pochettino.

"Accidents happen in football. We have to keep working. It makes us realize that it can happen if we don't play at 100 percent."

It was the first defeat in six games as PSG coach for Pochettino since he took over from the sacked Thomas Tuchel.

The win takes struggling Lorient into the relegation play-off spot.

"(Moffi's goal) was magical. Against PSG, it's even crazier," said Lorient's Laurent Abergel, who scored the opening goal.

"For a Marseille fan like me, the first dream is perhaps to play for OM and the second to beat PSG."

Lorient started brightly and had the first real shot in anger in the 30th minute, as Adrian Grbic's long-range strike had to be pushed away by PSG goalkeeper Sergio Rico.

The hosts did take the lead six minutes later, though, as PSG failed several times to clear and Abergel picked out the top corner with the outside of his left boot.

Neymar leveled on the stroke of half-time from the penalty spot with his fifth league goal of the season.

PSG improved after the break and took the lead in the 57th minute as Houboulang Mendes, who also conceded the first penalty, brought down Mauro Icardi and Neymar again made no mistake.

It was the first time since Zlatan Ibrahimovic in 2015 that a PSG player had netted two spot-kicks in a Ligue 1 match.

The visitors pressed for a third, but Lorient goalkeeper Matthieu Dreyer made an excellent stop to keep out an Icardi header.

That proved to be crucial, as the stubborn home side equalized in the 80th minute.

Substitute Yoane Wissa scored an excellent individual goal, his sixth of his first full campaign as a top-flight player.

PSG went in search of a winner, but the closest it came saw full-back Layvin Kurzawa's drive fly narrowly wide.

It over-committed in the second minute of added time, leaving no defenders within 60 yards of their own goal as Moffi was sent racing clean through.

The 21-year-old, on as a sub, slotted the ball into the bottom corner to spark wild celebrations for the home team.