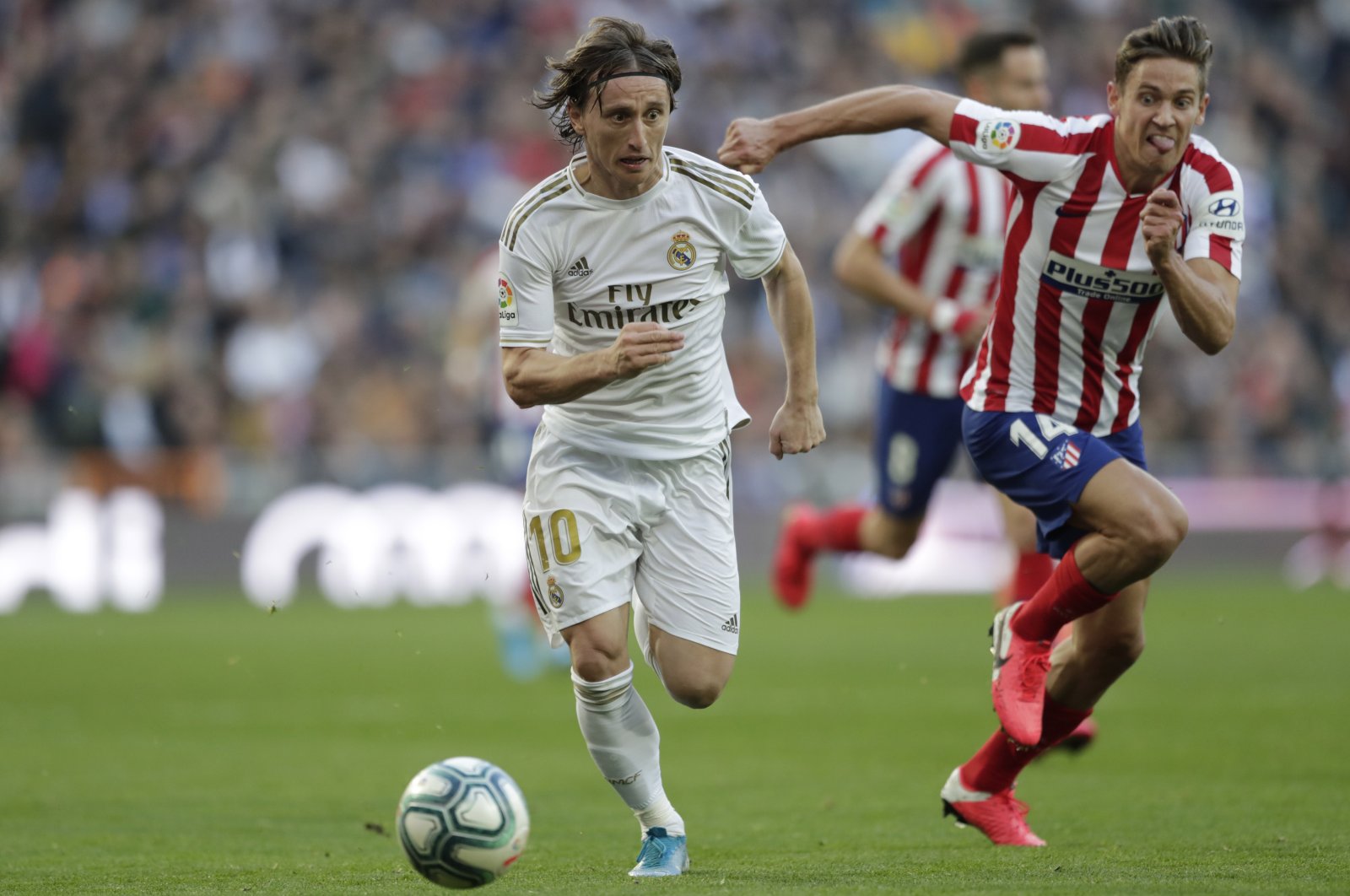 Real Madrid coach Zinedine Zidane's future was on the line but after consecutive big wins over Sevilla and Borussia Monchengladbach, he can go into Saturday's derby clash with Atletico Madrid feeling reinforced.

After a string of bad results, Real earned a 1-0 league win over Sevilla last weekend and followed it up with a first-place finish in Champions League Group B on Wednesday to ease the pressure on the French coach.

Zidane can complete a run of three wins with a victory over league leader Atletico Madrid at the Alfredo di Stefano stadium.

Diego Simeone's side has set the pace domestically with 26 points from 10 matches, while Real is fourth with 20 from 11.

Zidane believes his team have come to form just at the right time, playing well as it defeated Gladbach 2-0 to avoid a humiliating exit from the Champions League during the group stage.

"We had a spectacular game from the first minute until the end," Zidane told Movistar after the Champions League triumph.

"We interpreted the game very well, and I think it was the most complete game of our season."

Striker Karim Benzema scored twice and has proven a thorn in Atletico Madrid's side in the past, most notably in the Champions League semifinals in 2017.

A wonderful piece of skill from the French striker helped Isco score a vital away goal for Real to spoil the Rojiblancos' European farewell to the Vicente Calderon stadium.

"Madrid are an excellent team with a coach who knows his players like nobody else and who keeps getting the best out of them against adversity," said Simeone of Zidane. "I admire them, they are always competing."

Barcelona must get its stuttering season back on track against Levante after another disappointing defeat in midweek by Juventus in the Champions League.

Ronald Koeman's side collapsed in a 3-0 loss, again exhibiting the team's weaknesses, following last weekend's 2-1 reverse at minnows Cadiz, which left the Catalan side ninth in La Liga.

The Dutch coach has come under fire for refusing to change his team's tactical set up from the 4-2-3-1 formation but insisted it is the right way for him to play.

"It is the best system with the players we have," said Koeman after the Juventus defeat, despite reports in Spanish media that his players don't believe in the setup.

The coach also said his team looked afraid against Juventus, which cost them the game.

"We started badly, fearfully, lacking aggression," added Koeman. "It was like we went out to not lose, rather than to control the game.

"We weren't good defensively. We lost the match in the first half-hour. We weren't at our usual level."

Elsewhere second-place Real Sociedad will host local rival Eibar in a Basque derby, looking to bounce back after dropping two points in a draw with Alaves last weekend.