For Turkey's golden archer Mete Gazoz success is in a smile 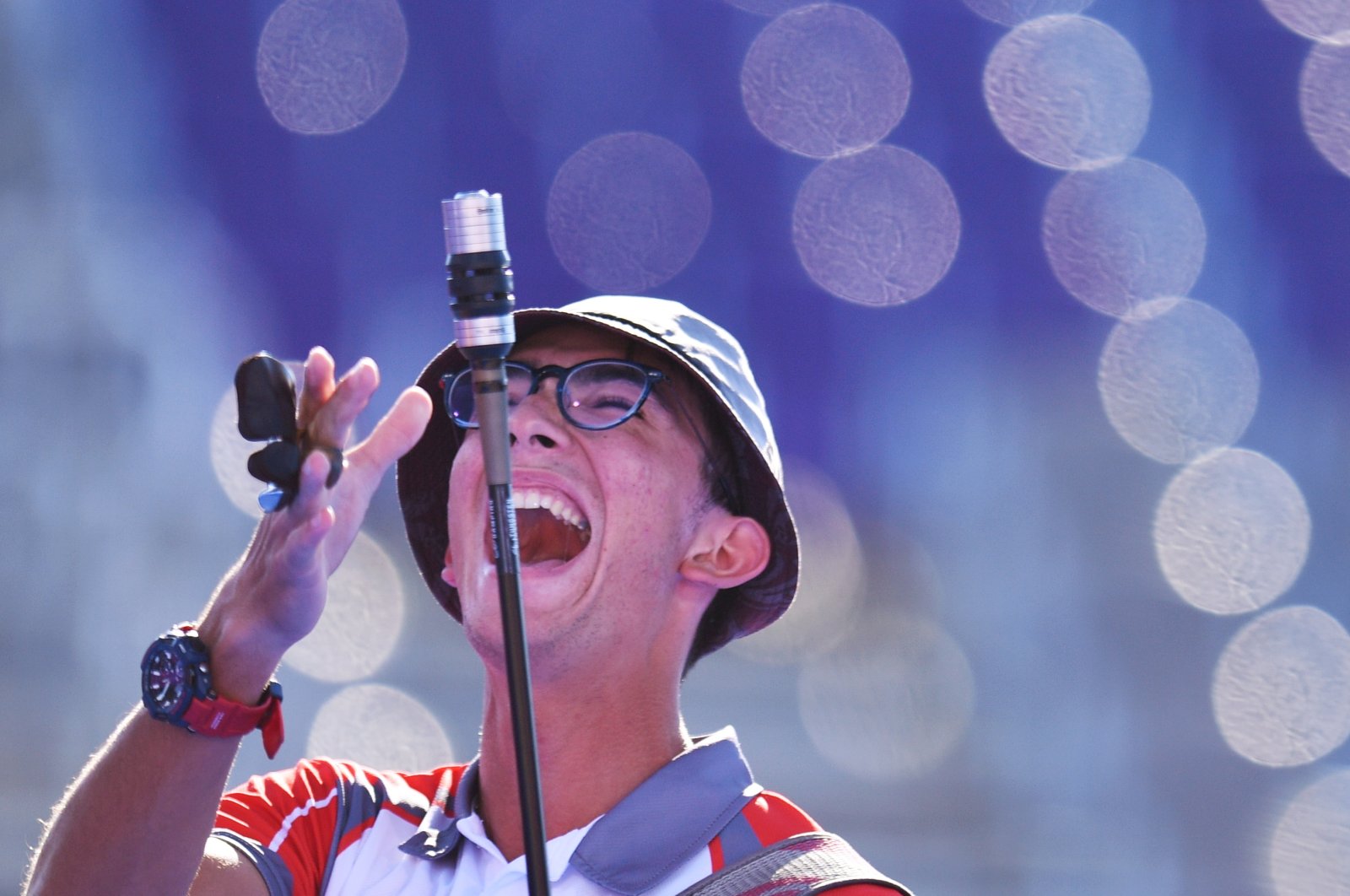 Mete Gazoz is Turkey's newest Olympic gold medallist but he has a weapon deadlier than his archer's bow – a beaming smile.

The 22-year-old claimed Turkey's first gold at these Tokyo Games last weekend by winning the individual men's title, before revealing his unusual superpower.

"Imagine you're in the Olympic final, drawing your bow and some dude behind you is grinning from ear to ear. I owe 80% of this medal to the smile," he told Reuters, a large gold medal around his slender neck.

Gazoz's gold was a Turkish first in archery, a sport where fierce concentration is the watchword and South Koreans usually monopolize the titles.

"At this level, there is virtually no difference between archers in terms of technical abilities," he explained. "It all comes down to mental durability and superiority."

All athletes employ different tactics. Some like to shout, some like to wait until the end of the allowed time and keep their rival on the edge.

"Mine is being happy, showing how comfortable I am."

On Saturday, Gazoz faced Italy's former team Olympic champion Mauro Nespoli in the final, unleashing his secret weapon to triumph 6-4 and become the only non-South Korean archery champion at the Tokyo Games.

"I was waiting for my turn behind my rival and I was just so happy. The gold medal is coming, I know, and I can't hide it," he laughed.

Slim-framed and bespectacled with a noticeable stammer when he talks, Gazoz stands out in an Olympic Village packed with muscle-bound swimmers and track athletes.

The 22-year-old, who was "born into" the sport as the son of a national champion archer, concedes that he is normally quite a nervous person.

"Not when I have the bowstring in my hand," he grinned. "That is my happy place in life. It's where I feel safest."

Gazoz returned home Monday and received a hero's welcome by a huge group of fans and officials present at Istanbul Airport.

Speaking to the media on arrival, Gazoz said he's very proud and happy to have won Turkey's first archery gold medal in the Olympics.

"I'm overjoyed. The medal may be around my neck, but that doesn't mean I did it alone ... I want to thank everyone who backed me."

He tied the Olympic success to hard work and a lot of sacrifices made over the years. "To win this gold medal, I worked unbelievably hard for the last five years. There will be another Olympics in three year's time and this time we want to win the gold medal as a team. Maybe we can win not one but three or four medals."

On being a role model for young archers, Gazoz said, "I'm still too young to be considered a role model. The gold medal doesn't make me one. But I can offer some advice to my younger friends. Keep training and never give up. Nothing is impossible."