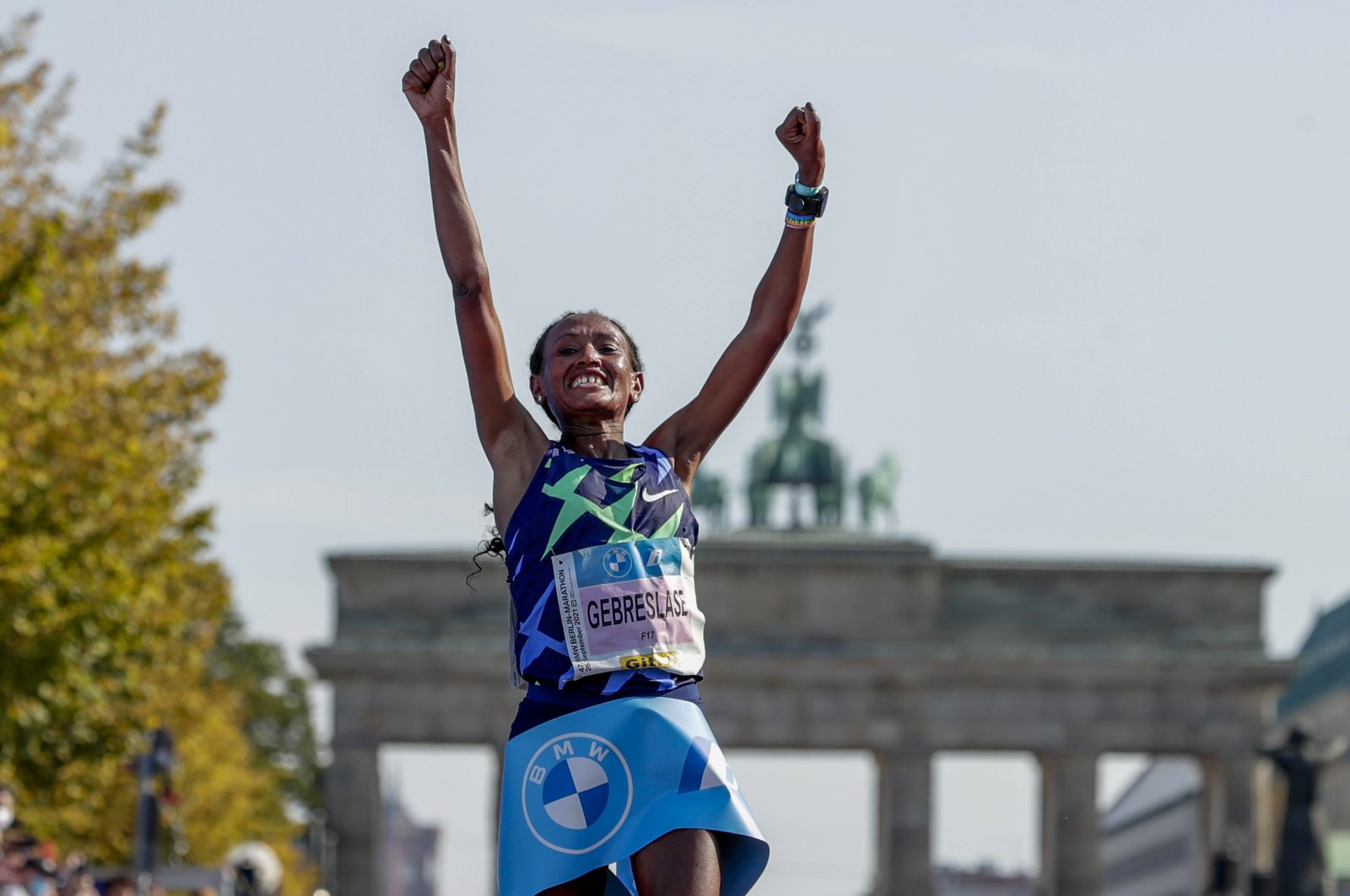 Ethiopian athletes Guye Adola and Gotytom Gebreslase won Sunday the men's and women's Berlin Marathons, the first of the world's top six marathons to take place with a mass start since the COVID-19 pandemic.

Their compatriot and two-time winner Kenenisa Bekele, however, had to settle for third in the men's race as he failed in his bid to break the world record.

Adola won the men's race in an official time of two hours, five minutes, 45 seconds – well short of Eliud Kipchoge's world record of 2:01:39 set in the German capital three years ago – with second-placed Bethwel Yegon of Kenya 29 seconds behind.

Bekele, the 2016 and 2019 winner in Berlin, had been attempting to break his personal best when he came within two agonizing seconds of Kipchoge's record two years ago but ended up settling for third as he finished one minute, two seconds behind Adola.

"The race started off really fast, the leading pack couldn't maintain that pace, so I took my chance to hit the front," said Adola after his victory.

"I thought before the race I could beat Kenenisa (Bekele).

"It was so hot, my feet were burning in my shoes," Adola added as the temperature topped 20 degrees Celsius (68 degrees Fahrenheit) on the course.

Nine months after suffering from COVID-19, Bekele, who turns 40 next June, was disappointed with his time but had no thoughts of retiring.

"The big problem for me was the lack of training because of the pandemic," said Bekele, one of the greatest distance runners of all time, having won world and Olympic gold medals over both 5,000-meter and 10,000-meter.

"I wanted to do well in Berlin, but I just couldn't do as well as I hoped – this does not mean my career is over."

Ethiopian runners swept the podium in the women's race as Gebreslase won on her debut over the marathon distance.

The 26-year-old won in 2:20:09 and led a clean sweep for the Ethiopians on the podium as Hiwot Gebrekidan took second, one minute, 14 seconds behind, with third place going to Helen Tola at two minutes, 56 seconds back.

"Although it was my first marathon, I was running to win," said Gebreslase, the world youth champion over 3000-meter in 2011.

Adola, 30, celebrated the first major marathon win of his career having finished second to Kipchoge in Berlin four years ago on his debut over the distance.

It was an impressive display from Yegon, who briefly led in the later stages before fading, but he knocked more than two minutes off his previous best marathon time, when he finished eighth in Berlin two years ago.

The lead pack, spearheaded by Bekele, set off at a lightning speed, 25 seconds under Kipchoge's world record pace after 15 kilometers.

Bekele dropped back from the lead pack, but still stayed on course to run a new world record through the halfway stage.

The warm temperature and the brutal tempo took their toll as the pacesetters dropped off and the lead runners were 22 seconds behind the world record pace at the 25-kilometer stage, just over halfway.

With 7 kilometers to go, Adola, 30, opened a three seconds gap ahead of Bekele who was also passed by Yegon.

The Kenyan briefly hit the front, but Adola attacked and retook the lead as they came within sight of the iconic Brandenburg Gate, just before the finish line.