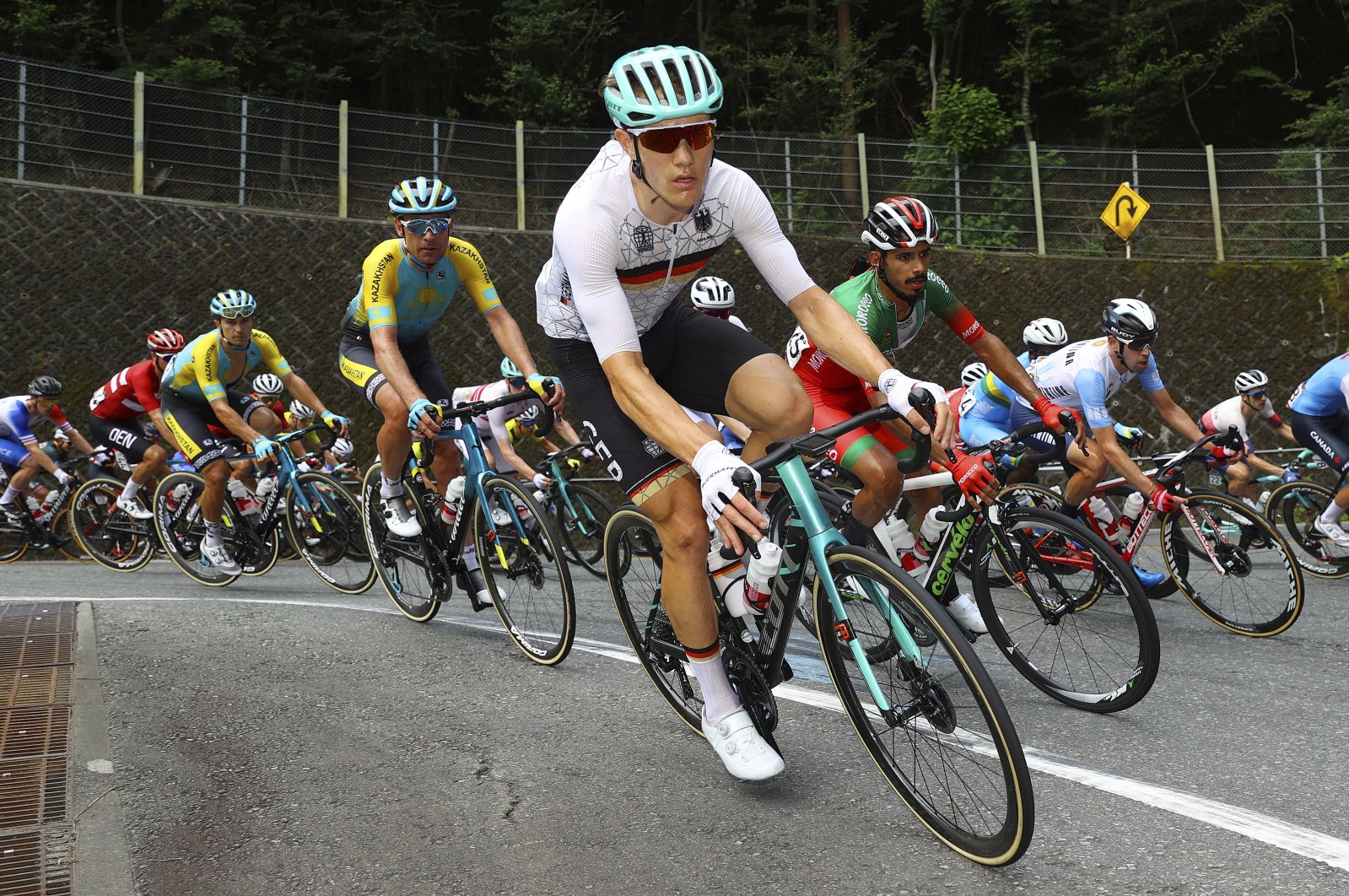 "We remain convinced that his public apology for the racist remarks he made yesterday is sincere," DOSB president Alfons Hoermann said. "With this error, however, Mr Moster violated the Olympic values. Fair play, respect and tolerance are not negotiable for Team Germany."

The DOSB said Moster would no longer act as cycling sports director during the Games and would return to Germany "shortly."

Moster was heard using a racist phrase in the television broadcast of the race by Germany's ARD network when he urged rider Nikias Arndt to catch Algerian rider Azzedine Lagab and Amanuel Ghebreigzabhier of Eritrea from the side of the track at a refreshment station.

"In the heat of the moment and with the overall stress that we have here at the moment I made a wrong choice of words. I am so sorry, I can only sincerely apologize. I didn't want to discredit anyone," Moster told German Press Agency (DPA).

"We have many friends with North African roots, as I said, I'm sorry."

The 54-year-old Moster was heard instructing Arndt to "get the camel drivers."

Team Africa Rising, an organization that is seeking to develop cycling in the continent, had called for Moster to step down.

“We call for the immediate and unconditional resignation of #PatrickMoster #GermanyCycling," it tweeted. "This is completely unacceptable and an apology is not enough."

BDR president Rudolf Scharping called the comment "not acceptable" amid widespread criticism of Moster, including from the governing Union Cycliste Internationale (UCI) which condemned the remark.

Lagab also replied, tweeting: "Well, There is no camel race in #olympics that's why I came to cycling. At least I was there in #Tokyo2020."

Arndt in a tweet distanced himself from the sports director.

"I am appalled by the incidents at today's Olympic time trial and would like to distance myself from the statements of the sports director! Such words are not acceptable," he tweeted.

"The Olympics and cycling stand for tolerance, respect and fairness. I 100% represent these values and take my hat off to all the great athletes who have come to Tokyo from all over the world!"