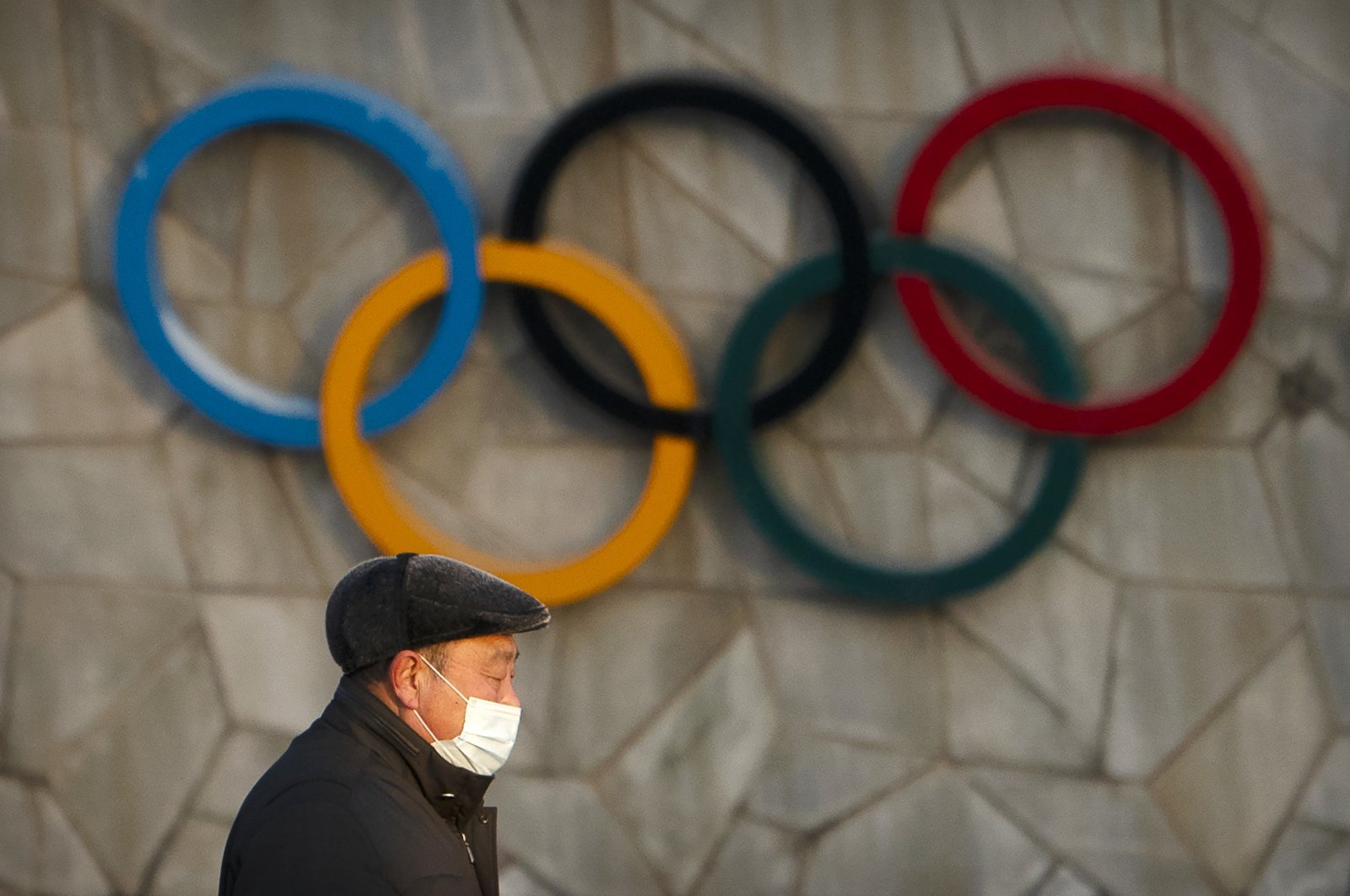 An International Trade Union Confederation report Tuesday condemned the Beijing 2022 Winter Olympics and singled out the International Olympic Committee (IOC) for acquiescing to China's alleged genocide and crimes against humanity.

The alleged abuses include forced labor, jailing of trade unionists and democracy defenders in Hong Kong, intimidation of the nation's LBGTI community, and repression of ethnic and religious minorities under the pretext of "anti-separatism and counterterrorism."

"We're trying to get the IOC to act on a basic set of principles around human rights," Sharan Burrow, the general secretary of the ITUC, told the Associated Press in an interview.

"We want governments to take a stand in defense of their own athletes' safety, and we want sponsors to actually review their association with the Beijing Winter Olympics," she added. "You've got major companies who are supporting these Olympics who really ought to live up to values that they say they respect, which is fundamental human rights."

Some of the largest sponsors who collectively pay billions to the IOC include household names like Coca-Cola, Airbnb, Visa, Toyota, Alibaba, and Proctor & Gamble.

The ITUC report comes just under three months before the Olympics open on Feb. 4. There have been repeated calls for boycotts, with sponsors and broadcasters targeted, and demands for the IOC to move the Games out of China. Protesters were also detained at a torch lighting ceremony last month in Greece.

Burrow, who grew up in Australia, referenced the position of fellow Australian John Coates, the influential vice president of the IOC and a strong ally of Bach.

"John always puts the Olympics before the issue of human rights," Burrow said. "But we would hope that people like John and many others around the world who live in democratic countries would understand that it's not acceptable simply to treat China as just another nation ... China can't just operate in the global economy without answering to the crimes they commit. People matter. People have rights."

Previous overtures from activists have been met with mostly silence from the IOC and Chinese organizers who are currently holding test events for the Games.

Using the pandemic as the rationale, organizers and the IOC plan to implement a zero-tolerance COVID-19 policy that will also stifle unfettered media access during the Olympics.

Participants in Beijing will have to be vaccinated to enter – or quarantine for 21 days – and be subject to daily testing. Journalists will be enclosed in a "closed loop" that will limit movement. The measures will be more stringent than protocols for the just-completed Tokyo Olympics, which allowed for free movement across the country after a 14-day quarantine period.

Last week, the Foreign Correspondents Club of China in Beijing published a 31-point list of concerns about media access for the Games.

"Over the last year, the foreign press corps has been continuously stymied in its coverage of Winter Olympic Games preparations, denied attendance at routine events, and prevented from visiting sports venues in China ... Such behavior fails to uphold the IOC's own Olympic Charter, in which Rule 48 requires the committee take 'all necessary steps in order to ensure the fullest coverage by the different media and the widest possible audience in the world for the Games.'"

The United States government responded to the statement.

'"We urge PRC officials not to limit freedom of movement and access for journalists, and to ensure that they remain safe and able to report freely, including at the Olympic and the Paralympic Games," State Department spokesman Nick Price said in a scheduled briefing.

Several U.S. senators led by former presidential candidate Mitt Romney have proposed a diplomatic boycott by the United States that would allow U.S. athletes to attend but not U.S. government employees.

Even without a boycott, COVID-19 restrictions will severely limit who enters China.

Faced with criticism for holding the Games in China, the IOC says that it's only business is sports – not politics. The IOC has an observer seat at the United Nations.

IOC President Bach touted his efforts to bring the two Koreas together during the 2018 Winter Olympics in Pyeongchang, South Korea. Earlier this year he visited Hiroshima, using the bombed city to link the IOC to global peace. His supporters often talk of Bach as a candidate for the Nobel Prize.

Bach has said the Olympics have to be "neutral ground" although the Olympic Charter also says the goal is to promote a "peaceful society concerned with the preservation of human dignity."

Promises of largely unfettered access were granted grudgingly by China for the 2008 Summer Olympics in Beijing, under pressure from the IOC. It's 180-degrees different this time.

"In 2022, it (China) does not really care about what the rest of the world thinks about it," Chinese sports historian Xu Guoqi told AP in a recent interview.

"Now it tries its best to tell the world its intentions. If the world does not listen, so be it."