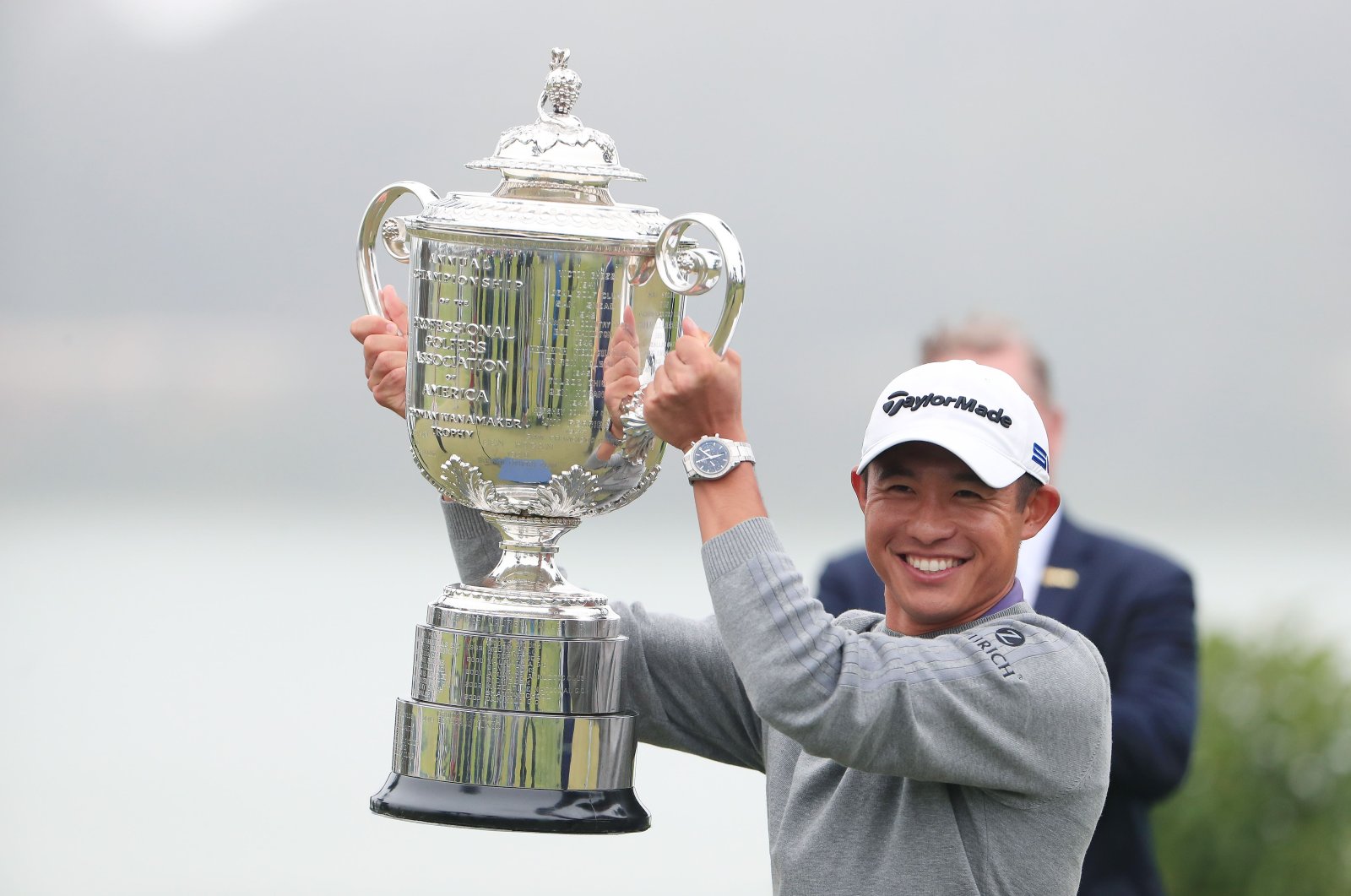 Collin Morikawa celebrates with the Wanamaker Trophy after winning during the final round of the 2020 PGA Championship in San Francisco, U.S., Aug. 9, 2020. (AFP Photo)
by German Press Agency - DPA Aug 10, 2020 12:48 pm
RECOMMENDED

In his debut at the PGA Championship, the 23-year-old outclassed a busy field, shooting 64 in the final round, tying the lowest final-round score ever shot by a PGA champion, for a total of 267.

Collin, who was born in California and went to college there, hit four birdies and an eagle in the final round to claim his third title on tour and first win at a major in just his second appearance.

Englishman Paul Casey and 2016 U.S. Open winner Dustin Johnson, who failed to convert a 54-hole lead, tied for second, both coming in two strokes behind Morikawa.

"We all believed from day one that we could do it," the local youngster told journalists after the win.

"I knew with the leaderboard the way it was looking (before the final round) ... you just had to play well, you know, you either win or you lose."

Morikawa is just the fourth player to win his first PGA Championship at age 23, following in the footsteps of Rory McIlroy, Tiger Woods and Jack Nicklaus.

Fellow American Johnson, who is still seeking his second major title, made a 6-meter birdie putt on 18 to tie with Casey at 11 under par in San Francisco.

The 2016 U.S. Open champion has had a string of near misses in majors, including the 2010 PGA Championship where he was penalized for grounding his club in what was deemed to be a bunker on the 18th at Whistling Straits.

Woods meanwhile missed another chance for a 16th major title despite a decent 67 in the final round after starting the day 2 over par.

A victory would have made him the sole holder of the record for most PGA Tour wins. He is currently tied with Sam Snead on 82.

The PGA Championship was rescheduled from May due to the coronavirus pandemic and is being played without fans.

The U.S. Open was moved to September and the Masters, normally in April, is the last major of the reworked season in November. The 2020 Open Championship was canceled.