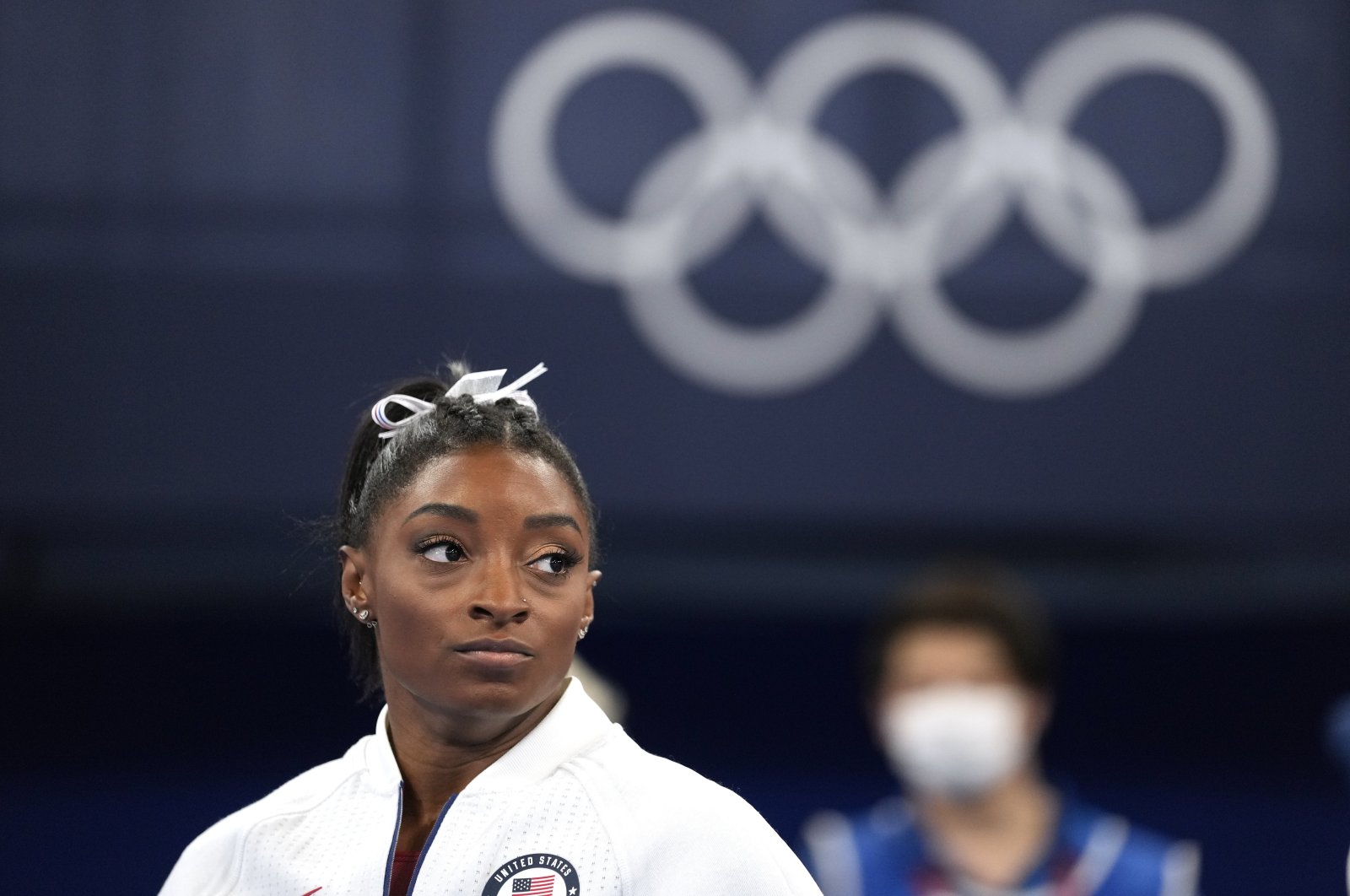 Reigning champion Simone Biles' participation in the rest of the Tokyo Olympics faced uncertainty Tuesday after she dramatically withdrew from the team final with a "medical issue."

The American superstar exited the final at the Ariake Gymnastics Centre after a lackluster opening vault and briefly left the competition floor, before returning to join her teammates.

But the U.S. team replaced her in the three concluding routines on the uneven bars, beam and floor.

A statement from USA Gymnastics said Biles was suffering from an unspecified "medical issue" and would now face daily assessment to determine whether she can continue her Olympic campaign.

"Simone has withdrawn from the team final competition due to a medical issue," the statement said to AFP said. "She will be assessed daily to determine medical clearance for future competitions."

Biles spent the competition enthusiastically cheering on her teammates.

The four-time gold medallist at the 2016 Rio Games qualified for all finals available to her but her performance in preliminary rounds Sunday was littered with uncharacteristic mistakes.

In a candid Instagram post Monday, the 24-year-old said she was feeling the pressure during Sunday's qualifying.

"I truly do feel like I have the weight of the world on my shoulders at times," Biles wrote.

"I know I brush it off and make it seem like pressure doesn't affect me but damn sometimes it's hard ... the Olympics is no joke!"

If Biles is unable to continue in Tokyo, it would mark a stunning turn of events at a Games she had been strongly expected to dominate.

She had been bidding to become the first woman in more than half a century to retain the all-around title, and had a realistic chance of equalling Soviet gymnast Larisa Latynina's record of nine Olympic gold medals.

Prior to the Olympics, Biles revealed she had battled depression after revealing she was among the hundreds of gymnasts who had been sexually abused by former Olympic team doctor Larry Nassar, who is now serving a life prison sentence for his crimes.

In a recent multi-part documentary series posted on Facebook, Biles also revealed she had been bothered by a right ankle problem this year after landing awkwardly during training in May.

"Right now, what we're dealing with is I just have a lot of fluid built up in there," Biles said during the episode.