Heavyweight champion Joshua: I have to break Pulev's soul 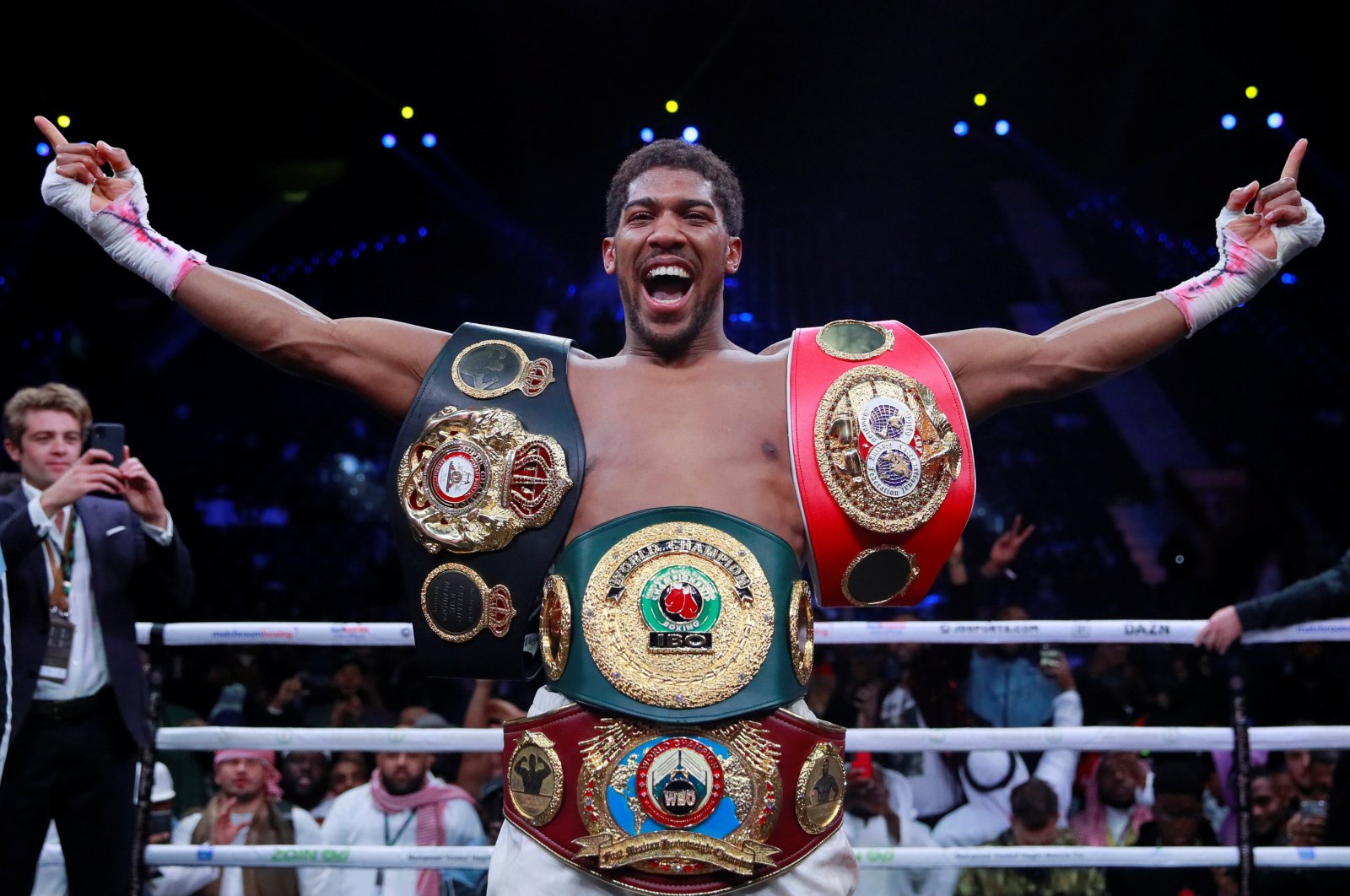 Anthony Joshua makes his first defense as a two-time world heavyweight champion against Kubrat Pulev in London on Saturday and considers his approach, a pay cut and plans to fight Tyson Fury in a 2021 mega bout.

The 31-year-old Briton has not fought for a year since recapturing his WBA, WBO and IBF belts in a rematch against Mexican Andy Ruiz with a unanimous points victory in Riyadh, Saudi Arabia.

He returns to London's Wembley Arena for his next challenge against 39-year-old Bulgarian Pulev, who has lost once in 29 contests. "I've got to take away that motivation and suppress that confidence," Joshua told reporters when asked about his approach to the fight on Tuesday in London. "That's how you beat somebody, by breaking their soul."

Pulev's single defeat came in 2014 against former champion Wladimir Klitschko, who retired after losing to Joshua three years later. Joshua says Klitschko has offered some guidance for the fight, but he is still cautious of what Pulev brings to the ring. "Klitschko will give me advice but I have to take it with a pinch of salt," Joshua explained. "Because the Pulev that I'm fighting is completely different to the Pulev that he fought."

The fight was originally supposed to take place in June at Tottenham Hotspur's stadium until the coronavirus pandemic put a halt on all sports and brought severe financial repercussions.

Joshua, who was reportedly paid 66 million pounds (88 million dollars) for his last fight, revealed he will see a drop in his purse this time around. "Matchroom (Joshua's promoters) are taking pay cuts this year because we have to keep the sport alive," he said. "We are all doing our part at the minute so I wouldn't mind doing it again."

The 2012 Olympic gold medallist has plans to fight fellow Brit Tyson Fury, who holds the other WBC version of the four heavyweight titles, in a mega clash for undisputed champion status. No fighter in boxing history has ever held all four heavyweight belts at once and reports suggest an agreement has been reached for a two-fight deal between the pair in 2021. Joshua hopes at least one fight will be in Britain against Fury after being stopped by Ruiz in New York in June 2019 before his rematch triumph in the Middle East. "It's a big fight, but the main objective is how do we get Fury in the ring?" Joshua said. "For me, losing the belts and then winning them back was my success. "I've been away for two years but I'm back in the U.K., and I want to stay here as long as possible. I knew the U.K. was where I wanted to be. This is where my base is, and this is always my priority."

A maximum of 1,000 fans will be in attendance for Joshua's Wembley homecoming in accordance with English coronavirus rules on crowd capacity for indoor spaces. "It's going to be intimate, it's going to be closed circuit," explained Joshua. "You won't have to worry about your missus having a pint of beer chucked on her head or 15 guys by the side of you getting into a fight. This year has been good to unload a lot of pressure and you have to take fighting in front of 1,000 fans as a positive." And Joshua promises the fortunate 1,000 that he will end the night with a forceful finish. He said: "I am going to showcase the styles I have merged, which is sticking and moving and aggression with knockout power."