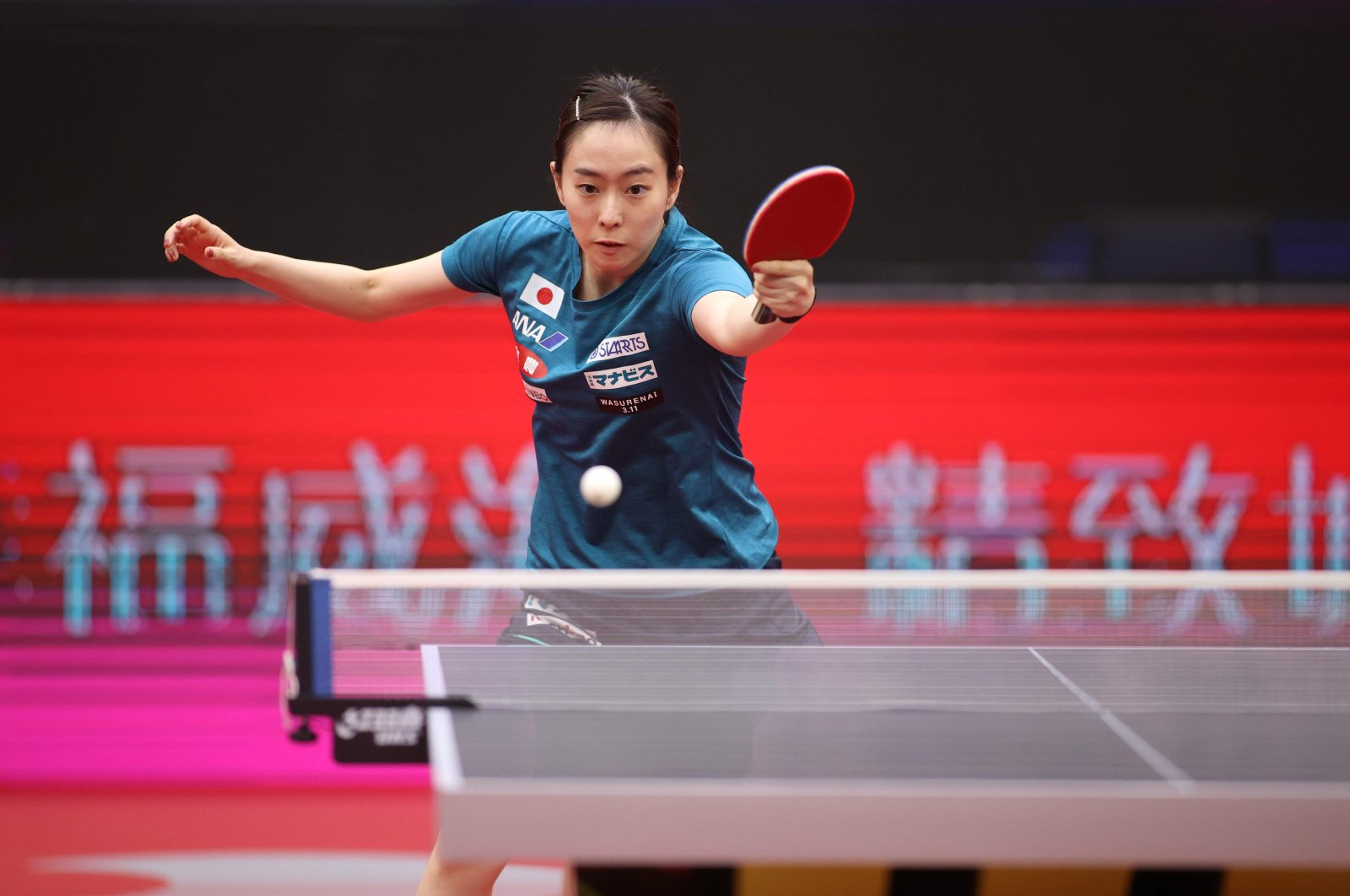 Top players said they were nervous and rusty, but excited, as international table tennis returned this week in China after an enforced eight-month break because of the coronavirus pandemic.

The Women's World Cup began on Sunday behind closed doors in the eastern coastal city of Weihai with 21 players from across the globe taking part over three days. It will be followed by two other International Table Tennis Federation (ITTF) events in mainland China.

The prestigious tournaments have taken on extra significance because the pandemic has badly impacted all sports and China appears to be making a rare exception after saying in July that it would not host most international sports for the rest of the year.

The events are also a crucial opportunity for top table tennis players to rebuild their competitive edge and win world-ranking points as they look toward next summer's delayed Tokyo Olympics.

"Even before the match we were joking that someone will miss their serve because everyone was so nervous," said 24-year-old Lily Zhang of the United States, beaten in her opener by Ukraine's Margaryta Pesotska.

"Obviously it doesn't feel great that I lost, (but) on the bright side it's just amazing that I get to be here and to participate in this tournament."

"I think all of us has been out of match practice this year, (there) haven't been any international competitions since March, so we are a little nervous, a little rusty," she said.

Like many other sports that have returned during the pandemic, players, coaches and officials are being kept in a bio-secure "bubble" to prevent infections. They also had to quarantine after landing in China.

The ITTF, the sport's world governing body, said in September that players would be banned from breathing on balls and there would be no handshakes after matches.

Puerto Rico's world No.19 Adriana Diaz said that she felt "very lucky to be here and just enjoying the moment."

"It is a little weird, having these nervous moments before the match starts, and I will need to learn how to get used to it again," said the 20-year-old.

"It was difficult not playing table tennis for such a long time. It was sad that Tokyo was postponed. I just want to play better and looking forward to Tokyo 2021."

The Shanghai Formula One Grand Prix, and leading golf and tennis tournaments were canceled in China after the government's announcement earlier this year.

However, the country where the coronavirus emerged late last year has seen the number of local infections plummet since a nationwide shutdown in February.

China, the dominant force in table tennis, will also host the Men's World Cup later this week, also in Weihai, followed by the ITTF Finals in Zhengzhou on Nov. 19-22.

Liu Guoliang, president of the Chinese Table Tennis Association and a former world and Olympic champion, called it "a landmark moment."

"After many months without international events for our athletes, fans and entire community, this is the moment that we return to the global stage," he said.

The Women's World Cup was originally scheduled to take place in Thailand and the men's in Germany.

Sun Yingsha, China's world No. 3, said it had been "a difficult journey."

"I will cherish every match I play," she added.