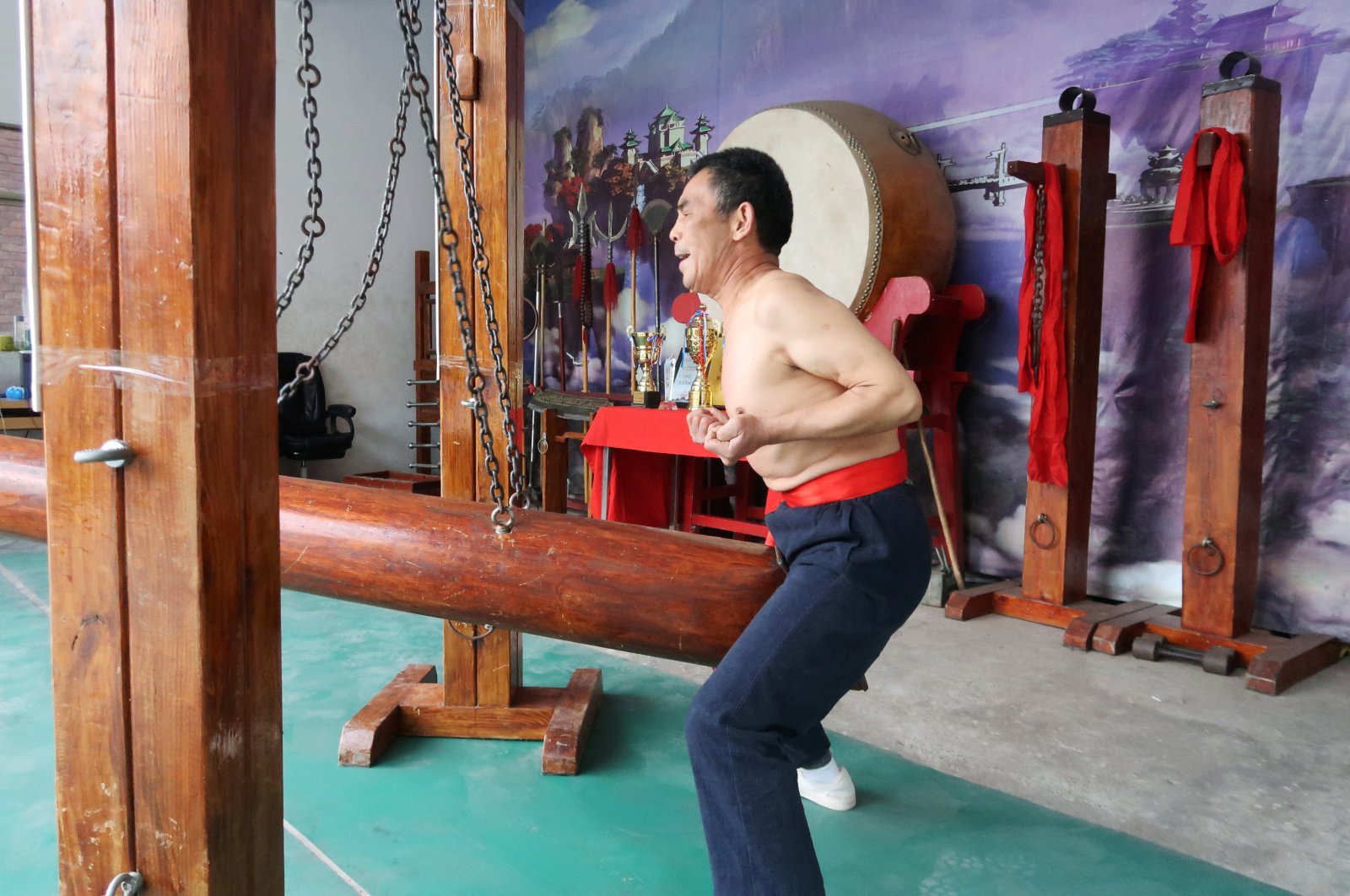 Wang Liutai is no ordinary kung fu master. The 65-year-old from a village in central China practices a unique and excruciating-looking strand of martial arts coined "iron crotch kung fu."

Its most famous technique involves a steel-plate capped log, 2 meters (6.5 feet) in length and weighing 40 kilograms (88 pounds) that swings through the air and smashes into a man's crotch.

"When you practice iron crotch kung fu, as long as you push yourself, you will feel great," said Wang, head of the Juntun Martial Arts Academy.

Wang, who has been practicing the technique for around half a century and has two children, insists that with the correct methods and sufficient practice, it does not hurt and has no effect on fertility.

The iron crotch, mastery of which is gained by taking hits to the body's weakest points while using qigong breathing techniques to inure oneself, is just one element of the branch of Tongbeiquan kung fu that has been practiced in Wang's village for the past 300 years. The style encompasses scores of attack techniques as well as resisting pressure, pain or hits to other sensitive areas.

The style of kung fu practiced by those in Juntun village on the outskirts of the ancient capital of Luoyang was historically a fiercely guarded secret, but concern has grown that fewer and fewer people were taking it up and it might not survive.

There were once around 200 people regularly practicing in the village, said Tang, but now there are just over 20. The number that can practice the iron crotch technique has dropped from around 80 to just five.

That's why Wang and his fellow masters started to actively promote their style of kung fu, adopting the swinging log device in 2016 to demonstrate the iron crotch technique where previously villagers had kicked, punched or used bricks or sticks.

Their efforts have helped them gain several new students in cities across the country who learn using social media or custom-made videos posted online.

"If there are more students carry it forward and spread it to the whole country and the world, if they can carry this form of kung fu forward, then my dream will come true," Wang said.