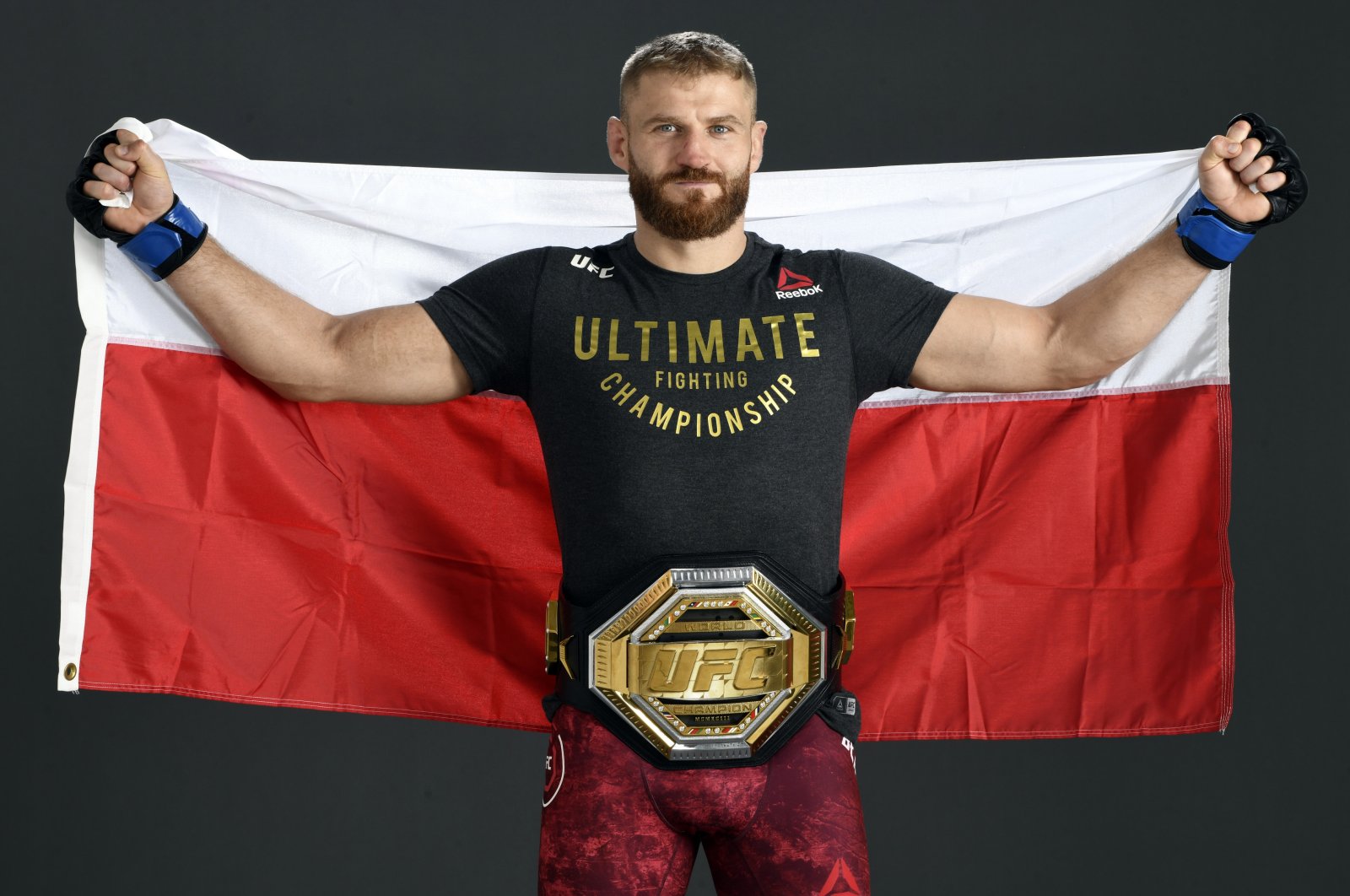 The 38-year-old Blachowicz (28-8) made his first title defense after weathering an impressive start by Adesanya (20-1), the fearsome middleweight champion moving up for a shot at history. The Polish champion turned their fight with two huge takedowns and subsequent ground control in the fourth and fifth rounds.

Blachowicz ended the fight in full mount while raining down punches on Adesanya, who had never lost in a mixed martial arts career that began in 2012. Adesanya, the charismatic Nigerian-born New Zealander, failed to join Amanda Nunes, Conor McGregor, Daniel Cormier and Henry Cejudo as the UFC's only simultaneous two-belt champions.

Adesanya was the sharper, more aggressive striker in the early rounds, but Blachowicz survived the onslaught and eventually implemented his game plan. Blachowicz turned the fight in the fourth round with an impressive takedown and strong ground work, all but forcing the judges to give him the round.

He took down Adesanya again midway through the fifth before ending the fight in a dominant position. Blachowicz joyously celebrated the latest victory in a late-career surge for a fighter who won his title last September after six years in the UFC and 13 years as a pro.

The much-anticipated slate of three title fights at UFC 259 got off to a bizarre start when Yan's inexplicable rules violation handed the 135-pound title to Sterling.

The fight was stopped with 31 seconds left in the fourth when Yan drove his knee into the face of Sterling, who was kneeling on the canvas in front of him.

Mixed martial arts rules strictly prohibit such blows to a downed opponent, and the knee clearly hurt Sterling, who struggled and failed to get up for several minutes. The bout was called off by referee Mark Smith, who had verbally warned Yan not to throw such a strike a few seconds earlier.

Sterling (20-3) appeared disoriented and disappointed when the belt was wrapped around his waist after a fight he appeared to be losing to Yan (15-2). Sterling threw the belt onto the canvas before he left the octagon.

Nunes (21-4) handled her second featherweight title defense with her usual flair, making short work of her Australian challenger while extending her winning streak to 12 fights since 2014.

After peppering Anderson (11-5) with strikes, Nunes jumped on her off-balance challenger and worked her way into a triangle armbar, forcing Anderson to tap out quickly.

The fight was Nunes' first since her wife, fellow UFC fighter Nina Ansaroff, gave birth to their first child. Nunes has been the UFC's bantamweight champion since 2016, and she added the featherweight strap in late 2018.

Yan put on a masterful performance for three rounds in the first defense of his 135-pound belt, weathering his high-intensity opponent's strong start before imposing his physical will from the third round onward.

Yan appeared to take control of the fight in the third round and early in the fourth against his tiring challenger, but his blatantly illegal strike forced officials to make the unsavory decision to award a title belt by disqualification.

Sterling earned his title shot with five straight victories over the past three years. The Long Island native's creative, athletic fighting style - his nickname is Funk Master - has made him a popular pick as a future UFC champion for several years.

But Sterling was beaten to the belt by Yan, who won the title vacated by Henry Cejudo by knocking out José Aldo last July. The victory punctuated the Siberian powerhouse's 7-0 run since joining the UFC nearly three years ago.

Earlier, former bantamweight champion Dominick Cruz beat Casey Kenney by split decision for his first victory since June 2016. Cruz, who turns 36 on Tuesday, saw his ascendant career derailed long ago by brutal injury problems, but the San Diego native persevered against a similarly exhausted Kenney to win in just his sixth MMA bout since October 2011.