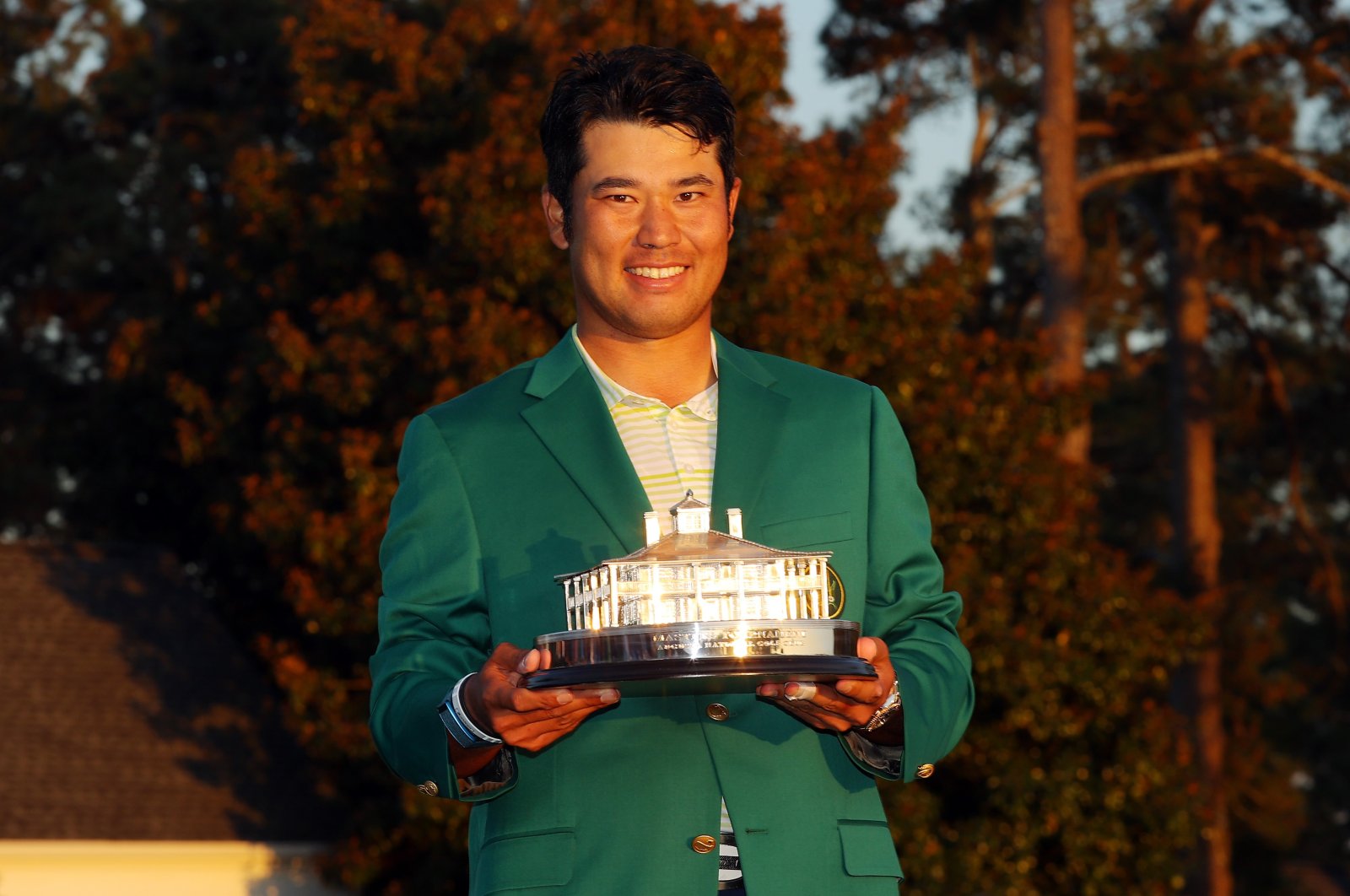 Thrilled Japanese golf fans welcomed Hideki Matsuyama's historic Masters victory on Monday, with broadcasters close to tears and the prime minister hailing the win as a bright spot during the pandemic.

"Matsuyama Masters" trended on Twitter and golf-related shares rose on the Tokyo stock market after the 29-year-old became the first Japanese man to capture a major golf title.

In Japan, the one-stroke victory was sealed just after 8 a.m. Monday morning, with some broadcasters carrying live footage of his final-round 73 that saw him finish on 10-under par.

On the TBS station, broadcasters and commentators choked up as Matsuyama sank the final putt to claim the green jacket symbolic of Masters supremacy.

"Congratulations. Thank you," a presenter said as two golf commentators next to him struggled to hold back tears.

"I can't see through my tears," one fan tweeted.

"I think it encouraged and excited people across Japan at a time when the impact from coronavirus is lingering," he said.

"It is a great achievement."

Government spokesman Katsunobu Kato said Matsuyama was the latest in a string of Japanese sports stars serving up inspiring performances, from Naomi Osaka's triumph at tennis's Australian Open to Japanese players enjoying success in Major League Baseball in the U.S.

"I hope each one of them will keep playing greatly," he said.

"I'm so happy to hear it, as we haven't had much good news lately," one young woman said.

Matsuyama – who held off Americans Will Zalatoris, Xander Schauffele and Jordan Spieth to claim the $2.07 million winner's prize – is only the second Asian man to triumph in a golf major, after South Korea's Yang Yong-eun won the 2009 PGA Championship.

Ranked 25th, he had not won since the 2017 WGC Akron tournament, but calmly ground out clutch pars and struck for crucial birdies in a pressure-packed march to glory at Augusta National.

"It is now clear that a Japanese player can win. As I keep doing my best, I want you to do your best too, and keep dreaming of playing in a major," Matsuyama told TBS when asked for a message to children in Japan.

And the best previous major showings by Japanese men had been Isao Aoki's runner-up place at the 1980 U.S. Open and Matsuyama's share of second at the 2017 U.S. Open.

"It's great news that will encourage everyone," a middle-aged man in Matsuyama city told NHK.

"I hope this brilliant achievement by such a young man will offer hope for everyone."