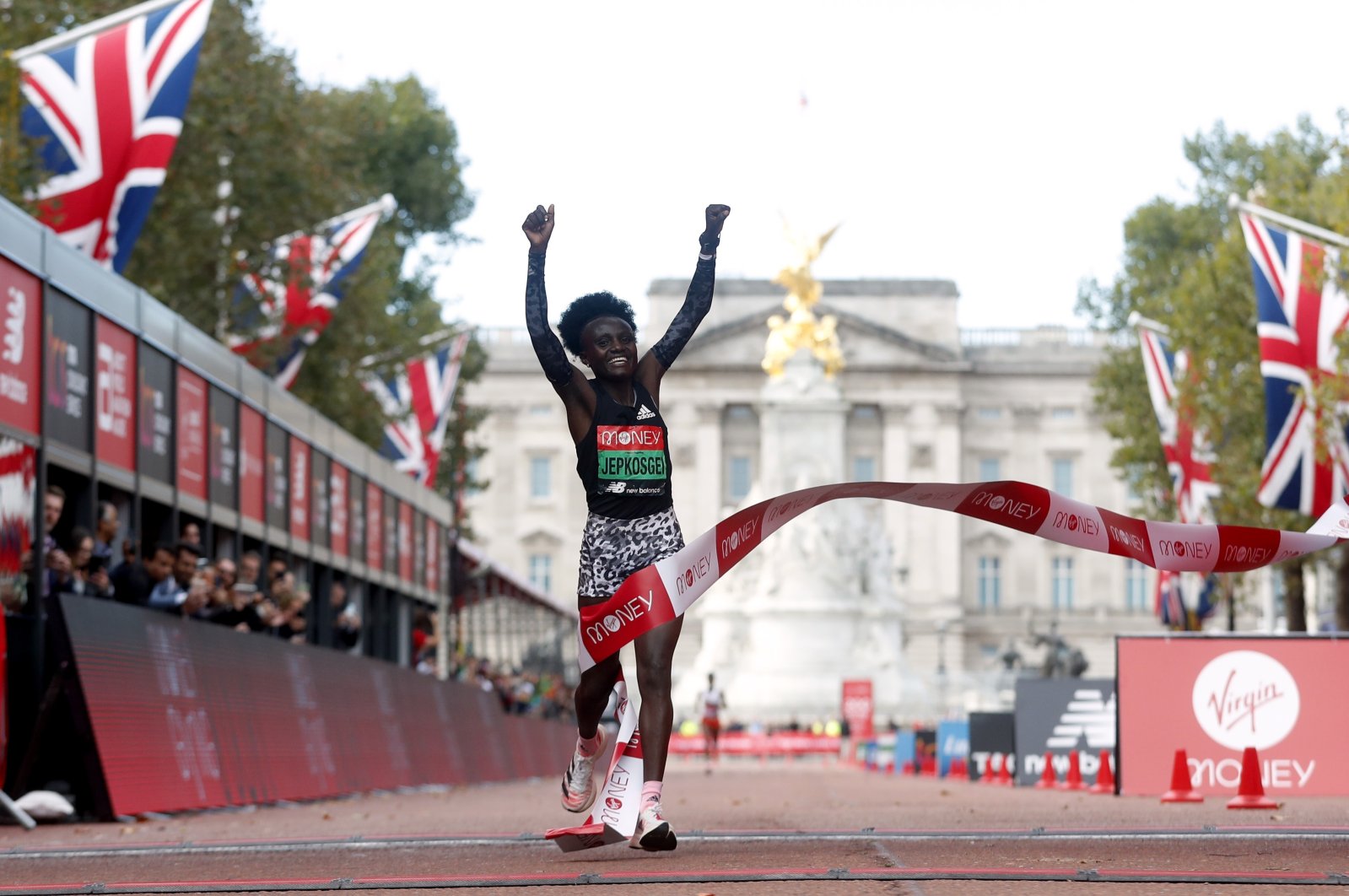 This was the first full-scale staging of the event since the coronavirus pandemic.

Jepkosgei won in a personal-best time of 2 hours 17 minutes and 43 seconds. Ethiopia's Degitu Azimeraw finished second in 2:17:58 and compatriot Ashete Bekere was third in 2:18:18.

Lemma failed to finish the Olympic marathon in Japan in August but bounced back to win in the British capital in 2:04:01.

Kenya's Vincent Kipchumba was runner-up for the second year running in 2:04.28 and Ethiopia's Mosinet Geremew came third with a timing of 2:04:41.

The London Marathon returned to normality for the first time since 2019 after being held without amateur runners or spectators last year due to COVID-19 restrictions.

The pandemic forced the event to be moved from April to October in 2020, with a small number of elite runners completing laps around St. James's Park.

But this year more than 40,000 amateur runners joined the elite athletes in covering the traditional 42.16-kilometer (26.2 miles) course from Blackheath, southeast London, to The Mall, which leads to Buckingham Palace.

Another 40,000 runners competed virtually as the race got underway to cheers and applause from returning spectators under a blanket of cloud that later cleared.

The elite women set a ferocious early pace, completing the first 10 miles in 00:52:10 and threatening the women-only world record set in London in 2017 by Kenya's Mary Keitany.

Reigning New York Marathon champion Jepkosgei broke away after 1:55:00, establishing an insurmountable lead with a few miles to go.

It is the first time five women have completed the London Marathon in under 2:19:00.

Jepkosgei called her victory a "great achievement" as she basked in the vibrant atmosphere and autumnal sunshine at the finish line.

"I'm happy. The race was good. They cheered us all the way and motivated us. I'm so grateful and excited," she told the BBC.

"I'm so happy for the London crowd. Every kilometer there were people cheering all the way."

The men's pack was touted as arguably the strongest in history despite the absence of Kenyan four-time London Marathon winner Eliud Kipchoge, with six runners holding best times of under 2:05:00.

Defending champion Shura Kitata of Ethiopia, who failed to finish the Olympic marathon in Sapporo and entered the race carrying a hamstring injury, faded quickly.

A five-strong pack featuring Kenyans Evans Chebet and Kipchumba and Ethiopia's Birhanu Legese, Lemma and Geremew broke away as the race progressed before Lemma streaked ahead to win.