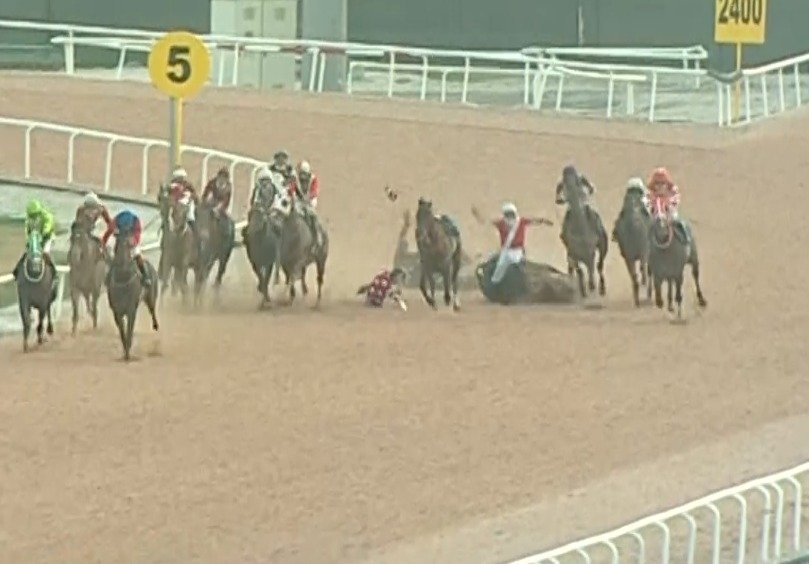 Three horses and their jockeys found themselves on the ground after a horrific chain of accidents during a horse race in Turkey’s southern Adana province Saturday.

The incident occurred after several horses bumped into each other during a race at the Yeşiloba Hippodrome. The accident shocked the spectators as jockey apprentices Harun Çanakçı, who was riding Damaris, one of the British thoroughbreds, Vedat Abiş, who was riding on Kuanpo and was right behind Çanakçı, and Hışman Çizik, who was riding the horse named Beykoz, rolled in the sand after falling off their horses.

Çizik and Abiş were able to stand after the accident, but Çanakçı remained motionless on the ground.

During the accident, Çanakçı had swallowed his tongue, compromising his breathing. Luckily, Çizik and Abiş rushed to Çanakçı's side, demonstrating some excellent first aid skills. The two riders managed to take the tongue out of his throat, saving Çanakçı’s life before the paramedics arrived. Çanakçı, who was taken to the hospital unconscious by ambulance, was discharged after three days of treatment.