Johnson and Koepka set for another PGA final showdown 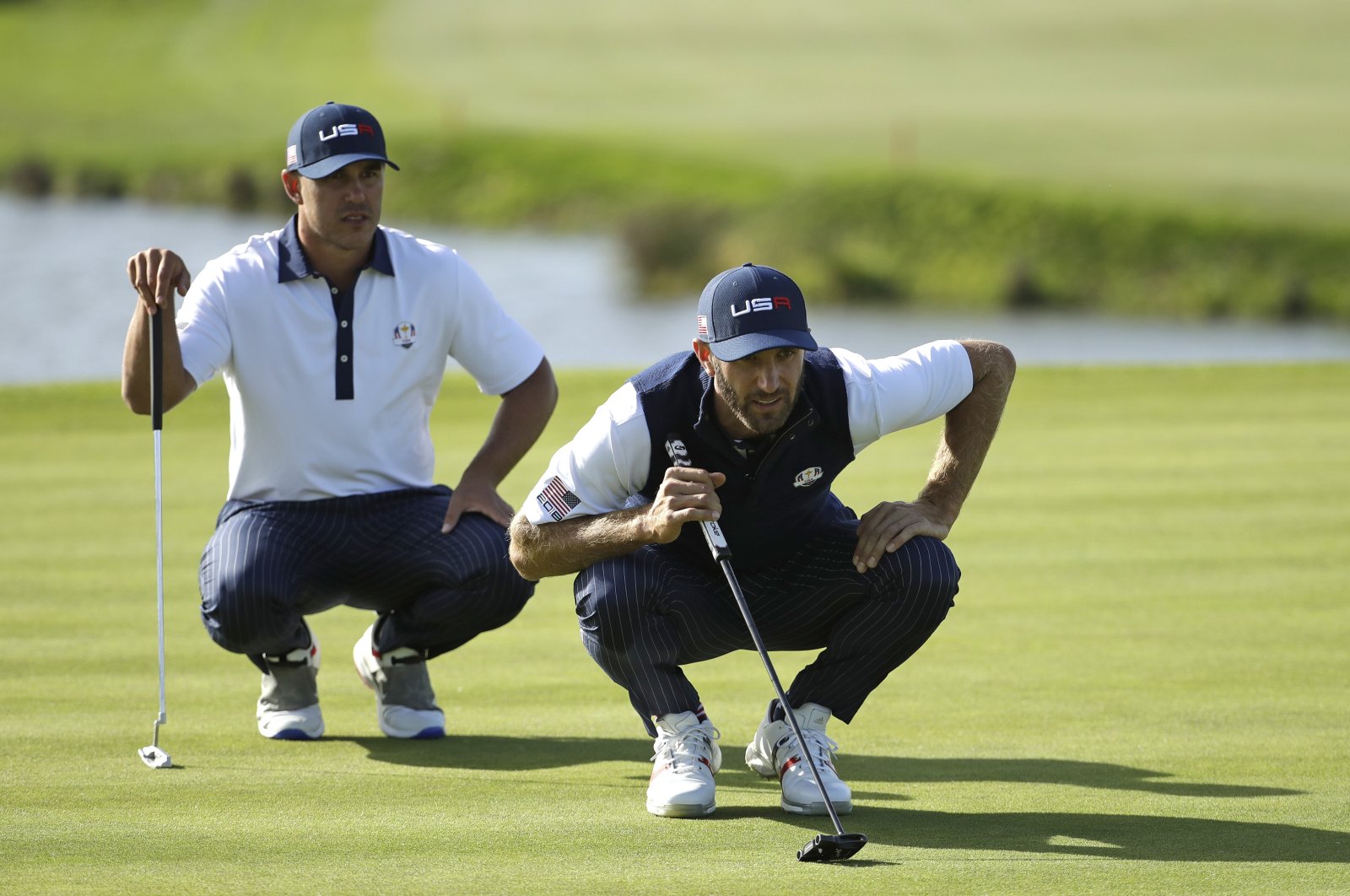 Dustin Johnson (R) and Brooks Koepka line up a putt during a foursome match on the second day of the 42nd Ryder Cup at Le Golf National in Saint-Quentin-en-Yvelines, outside Paris, France, Sept. 29, 2018. (AP Photo)
by Agencies Aug 09, 2020 11:46 am
RECOMMENDED

Dustin Johnson shot a 65 Saturday to put himself on course for another mouthwatering final round showdown at a PGA Championship with two-time defending champion Brooks Koepka.

Johnson and Koepka are no strangers at the PGA Championship as Johnson nearly chased down Koepka in the final round last year at New York's Bethpage Black before losing by two shots.

"I've been in the hunt a bunch of times in a major. I've got one major, so having that experience is definitely going to be beneficial tomorrow," said 2016 U.S. Open champion Johnson.

Johnson's five-under 65 on Saturday got him to nine-under for the tournament and a one-shot lead over fellow Americans Scottie Scheffler and Cameron Champ at TPC Harding Park in San Francisco.

History-chasing American Koepka is tied for fourth with two others, just two strokes back of the long-hitting Johnson.

"I've been in contention a lot and I've got it done a lot of times," said the 36-year-old Johnson. "I've got to hit fairways and a lot of greens. If I can do that tomorrow, I'm going to have a good chance coming down the stretch on the back nine."

Like rugged Bethpage Black, TPC Harding Park is a municipal layout that is playing like a major championship course with narrow fairways and deep, patchy rough that swallows errant tee shots.

"I definitely need to hit some more fairways, because it's really tough playing this golf course from the rough," said Johnson. "Obviously the bunkers, too, are very tough. I had a few nice up-and-downs out of the bunkers, but also a few poor ones."

Johnson's 65 was his eighth straight round in the 60s at a PGA Championship. His eight birdies are the most he has made in any round of a major, bettering the seven birdies he made at the 2017 PGA Championship and the 2014 British Open.

But his results have been mixed in 2020 as he missed the cut at the Memorial, withdrew from the 3M Open with a bad back after an opening 78 and finished 12th at the WGC event in Memphis.

Johnson said the key to winning his second career major is to stay focused and not worry about the leaderboard.

"I'm going to just try and go out and shoot as low as I can tomorrow," he said. "Just take what the golf course gives me. It doesn't really matter what other guys are doing. All I can control is myself."