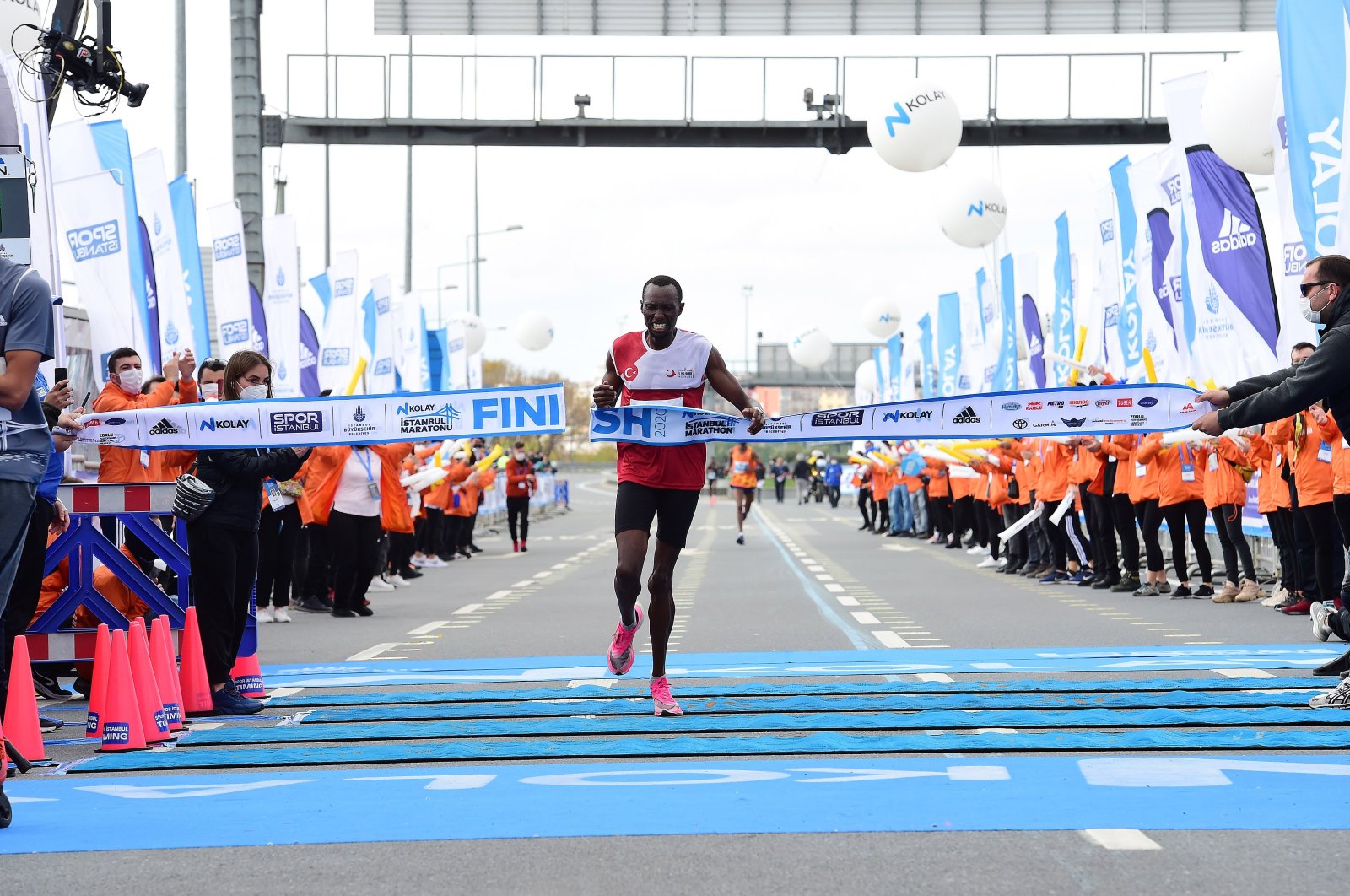 The world’s only intercontinental marathon, in addition to being in the World Athletics' Gold category, the 42.195-kilometer (26.2-mile) event was run without spectators this year to protect against the transmission of COVID-19.

Sang completed the race at 2 hours, 11 minutes and 49 seconds, his personal best. He was followed by fellow Kenyan Felix Kimutai at 2:12:00. Ethiopia's Zewudu Hailu Bekele took third, finishing in 2:12:23.

Diana Chemtai Kipyogei won the top women's title by completing the race in 2:22:06. Ethiopia's Hiwot Gebrekidan and Tigist Memuye secured the second and third spots with running times of 2:24:30 and 2:37:52 respectively.

The marathon reversed its course for the first time this year. Instead of starting from the Asian side of the city, athletes took off from the European side. Another change to this year’s race was crossing the July 15 Martyrs’ Bridge over the Bosporus twice this year.

The marathon began at Yenikapı, a venue allocated for large-scale rallies, on the city’s European side, to give more space to runners amid the pandemic. Athletes then crossed a route straddling in front of the city’s ancient city walls before reaching the iconic Galata Bridge. They then headed to Beşiktaş and climbed Barbaros Boulevard, a long uphill stretch needed to reach the bridge. After a U-turn at Altunizade on the Asian side, they returned to Europe to wrap up the race.

The pandemic forced organizers to scrap the 15-kilometer race and an 8-kilometer “public” run. Instead, participants were given the opportunity to “Run Alone, With Us” in which they could take part in virtual races of 5, 10 or 15 kilometers.

There were also a pandemic-limited number of participants, as only 4,000 people ran the race compared with around 37,000 last year.

Athletes were required to keep a distance of 1.5 meters between them at the starting line and took off at five-second intervals in different groups to prevent crowding. They were only allowed to remove their masks after the marathon began.