Khabib in quarantine, says UFC 249 fight against Ferguson is off 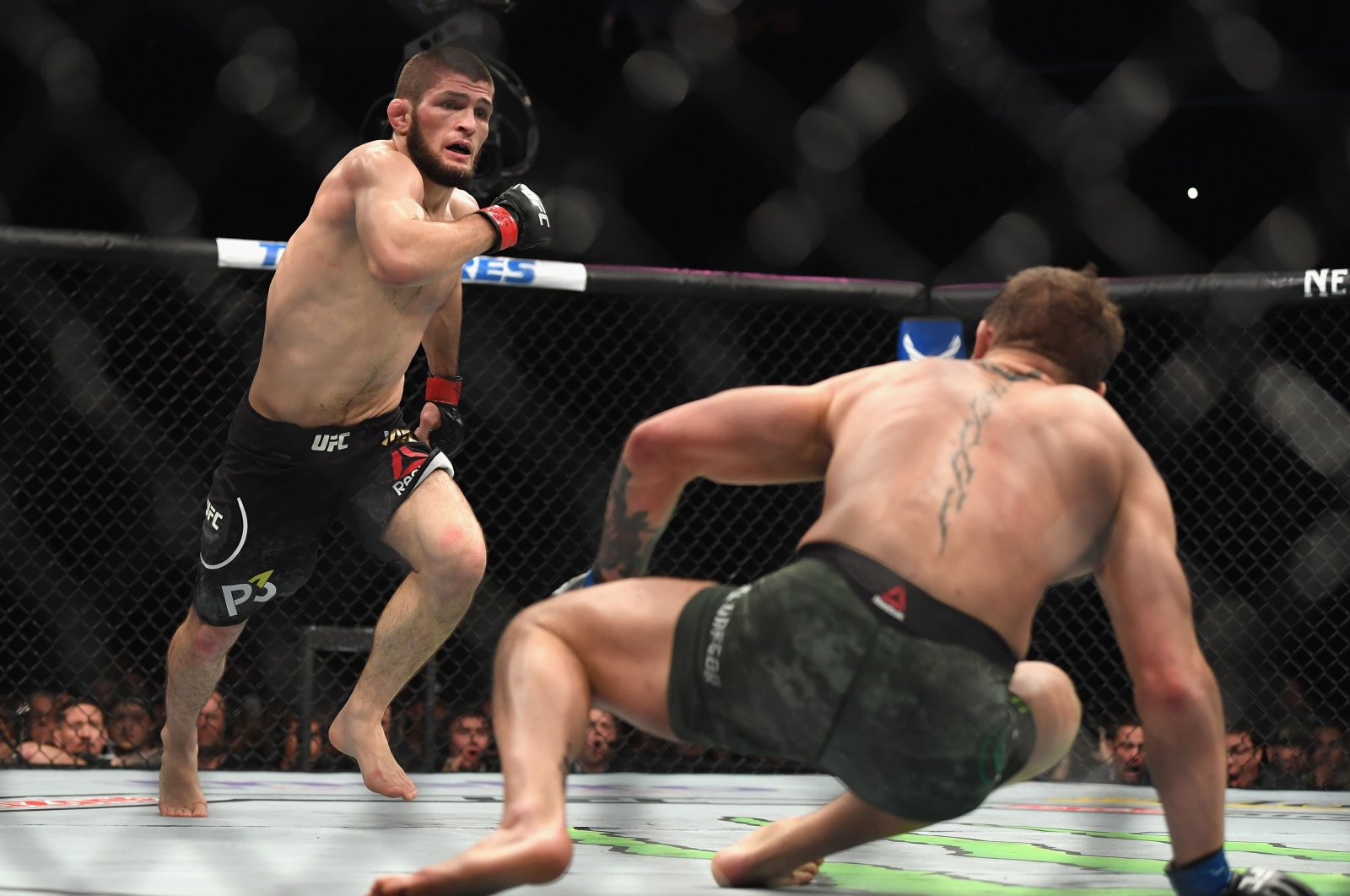 Nurmagomedov made his announcement Wednesday on Instagram, telling the mixed martial arts world to “take care of yourself and put yourself in my shoes.”

Nurmagomedov (28-0) was scheduled to fight top contender Tony Ferguson (25-3) in the main event of UFC 249 in two weeks. The show was initially slated for Barclays Center in Brooklyn before the pandemic threw the UFC's schedule into upheaval.

Nurmagomedov is in his native Dagestan, and his Instagram post made it clear he isn't leaving for the fight even if White can find a location to stage it. Nurmagomedov left California to return home when the UFC had tentative plans to stage UFC 249 in the United Arab Emirates (UAE), but the champion first revealed Monday that he probably wouldn't be allowed to leave the country again due to travel restrictions.

“I understand everything and I'm definitely more upset than you to cancel the fight,” Nurmagomedov said. “Probably like all others, I had many plans after the fight, but I can't control it all.”

White and the UFC didn't immediately comment on Nurmagomedov's decision, which had been expected for several days since the MMA world learned Nurmagomedov was in Dagestan instead of California, where he typically finishes his training for his fights.

Nurmagomedov also expressed anger at forces attempting to compel him to fight, although he didn't make it clear whether he was referring to fans or to White.

“It turns out that the whole world should be in quarantine,” Nurmagomedov said. “Governments of all countries, famous people around the world urge people to follow all safety requirements in order to limit the spread of the disease, to save people, and Khabib is the only one relieved of all obligations and must demonstrate free will and train flying around the world, for the sake of fight?”

Ferguson still wants to fight on April 18, and he called on the UFC to strip Nurmagomedov of his lightweight title in an interview with ESPN, the UFC's broadcast partner.

"He obviously knew what he could do to help save this card," said Ferguson, who hasn't lost a fight since 2012. “He didn't want to take any of those chances. Everybody is taking risks trying to do it. He bailed out, man.”

White has repeatedly vowed to find a safe way to hold UFC 249, the biggest pay-per-view event on the promotion's spring calendar. White has claimed to have a venue selected where he will hold the show without fans, although he hasn't disclosed the location.

The UFC held a show without fans in Brazil on March 14 but has postponed its ensuing three events. White had planned to hold two of those events without fans at the UFC's training complex in Las Vegas, but the Nevada State Athletic Commission's decision to suspend combat sports competition in the state prevented him from doing it.

While Nurmagomedov has ruled himself out, several fighters have been campaigning for the main slot on the UFC 249 card.

Brawler Justin Gaethje has been proposed as a potential opponent for Ferguson, who said he hasn't officially accepted a new matchup because it's still unclear whether UFC 249 will go forward. Welterweight champion Kamaru Usman also volunteered to fight on short notice against veteran Jorge Masvidal.

The pandemic has extended one of the most baffling streaks in MMA history: Nurmagomedov and Ferguson have been officially booked to fight five times since December 2015, and the star-crossed fight still has never happened.

The first scheduled matchup was called off in late 2015 due to an undisclosed injury for Nurmagomedov, and the second proposed matchup in April 2016 was scrapped when Ferguson had a problem with his lungs. The fight was booked for a third time at UFC 209 in March 2017 but was called off on the day of the weigh-in when Nurmagomedov became seriously ill from his weight cut.

The UFC scheduled the bout for the fourth time for UFC 223 in April 2018. Six days before the fight, Ferguson tore a ligament in his knee while walking onto a television set to promote the fight, and it was scrapped again.