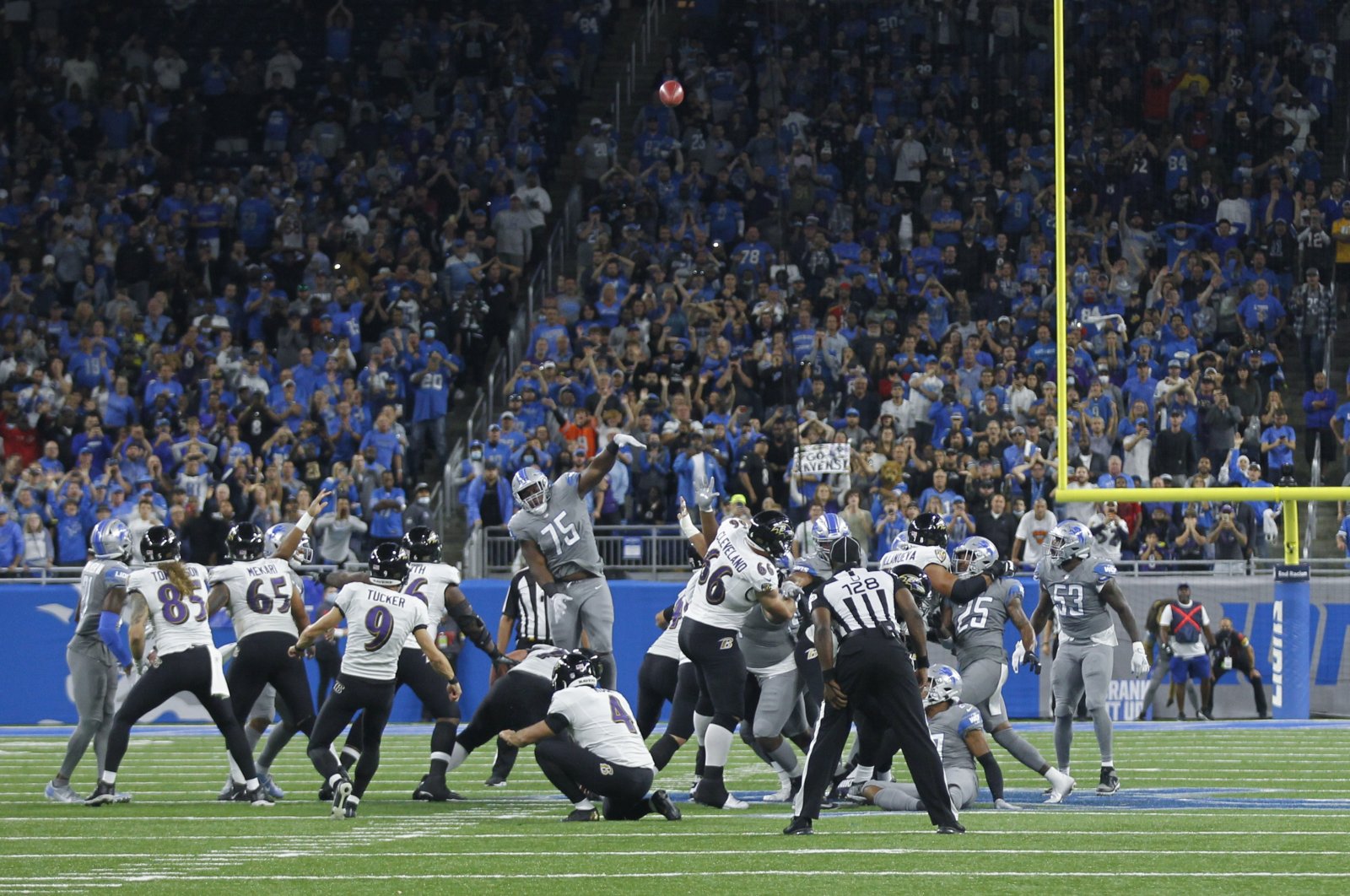 Few things are exciting as a good old-fashioned NFL slugfest that ends with a ball splitting the uprights as time expires to propel one team to victory. Adam Vinatieri, known for the ice water flowing through his veins as he nailed the winning points for the Patriots' Super Bowl wins on more than one occasion, is arguably one of the most recognizable names among kickers in the modern era, but even his legacy may soon be overshadowed by the next generation of kickers that are booting the winning points from never before seen distances.

Call it the Kicking Kraze or the Field Goal Frenzy. Whatever you prefer, the foot is definitely a major part of pro football through three weeks.

Most notably, from long range.

Through those three weeks, there have been 36 attempts at 50-yard or longer field goals, the most in a season over the last dozen years. And 23 have gone through, though Justin Tucker's NFL-record 66-yarder to lift Baltimore past Detroit last Sunday – the spotlight kick at least until someone else nails a longer one – needed a friendly bounce off the crossbar.

There's both an art and a science to field goal accuracy, as Mike Westhoff, generally considered the best special teams coach in NFL history, points out.

“The kickers are better than ever,” says Westhoff, who spent 32 years in the NFL and has a book, “Figure It Out,” that will be available for purchase next spring. “They work hard, are bigger and stronger and more athletic. When put in optimum conditions, I am not surprised a 66-yard field goal can be made. ”

Here are some factors Westhoff says have changed the kicking game for the better.

The first is specific balls, called K-balls, that are used only for kickers.

In 1999, the competition committee ruled that 12 for each game will be used exclusively during kicking.

“Each team gets the balls marked with a K,” Westhoff says, "and they have a time limit to get that ball prepared. Most guys take a piece of Astroturf and buff the ball just like you would shine your shoes. It even darkens the color of the ball, and makes it more pliable ... They emphasize one ball and buff that ball because that is the one they want to kick.

“Also it's a friendly ball because when that foot hits, the ball is more pliable, his foot goes into the ball, basically, and the ball constricts and it expands and explodes when he hits it.”

A second factor is defensive line restrictions meant to protect the long snapper.

Westhoff was involved in a rules change that prohibited defenders from lining up over the snapper.

“Back in the early 2000s, I helped (then NFL officiating chief) Mike Pereira with that change; it had gotten pretty violent,” he says. "So you had to create a box around the center where no one could align, and they're not allowed to line up on the guard and then drive into the center.

"Before that, it was necessary to have a long snapper, particularly for field goals, who was a big guy. Long snappers today look like high school gym teachers, no disrespect. They're not real big guys, they're a nice size guy, but he's not going to stop Aaron Donald.

“Now, the snaps, these guys are good at their craft and the snap is nearly perfect every time. The real good ones know how to grip the ball so when it comes back the laces are in a perfect spot, and the holder doesn't have to spin it at all.”

The third factor to consider is the holding technique.

This one Westhoff practically invented during his career with the Colts, Dolphins, Jets and Saints. He had a punter for three years with the Jets, Ben Graham, who was an Australian Rules Football player and rarely used his hands. Teaching Graham to hold was such a chore that Westhoff spent time at the punter's house showing his wife how to snap (actually lateral) the ball so Graham could master the technique.

“They get down and square their body around at a 45-degree angle and their front knee is on the ground,” Westhoff explains. “The back leg is up, the knee is up. The back leg also is forward to the ball. As he catches the ball – and a lot of time the laces are perfect from the long snapper – he brings it back and takes his left elbow and guides it into the left knee. That is like a barricade and that helps him guide the ball right down perfectly onto the spot.”

Westhoff notes, and many current coaches agree, that the faith in placekickers has increased exponentially because of all these factors, plus having guys who are athletes handling the field goal and extra-point duties. Field-goal range used to be when offenses reached about the opposition's 35-yard line. Not anymore.

“Well, they’re just better," says Ravens coach John Harbaugh, a former special teams coordinator. "It seems like in everything else, the science of it, so many kids at a young age get trained the right way to have the technique down and work on it the right way and kind of do it and specialize, probably. And all of a sudden, some of these talented guys emerge.

“You’ve got more talented kickers around than probably ever before, represented in the high rates of makes if you look at it historically compared to what it used to be. Now, if a kicker misses a kick, we all seem like we’re surprised. Back in the old days, it wasn’t like that.”

Regardless of the era, kickers tended to be regarded by teammates and coaches as a necessity but not a priority. That's almost completely changed.

“Yeah, I always tell people that kicking is 90% mental and the other 10% is mental, as well," says Denver's Brandon McManus, now in his eighth pro season. "You know there’s 32 of us in the world that do what we do. There’s probably 10,000 or more kickers that probably have almost the same skill set, but it comes down to the situations and handling the mental situations.

“And, you know, as time has gone on our numbers have gotten significantly better.”