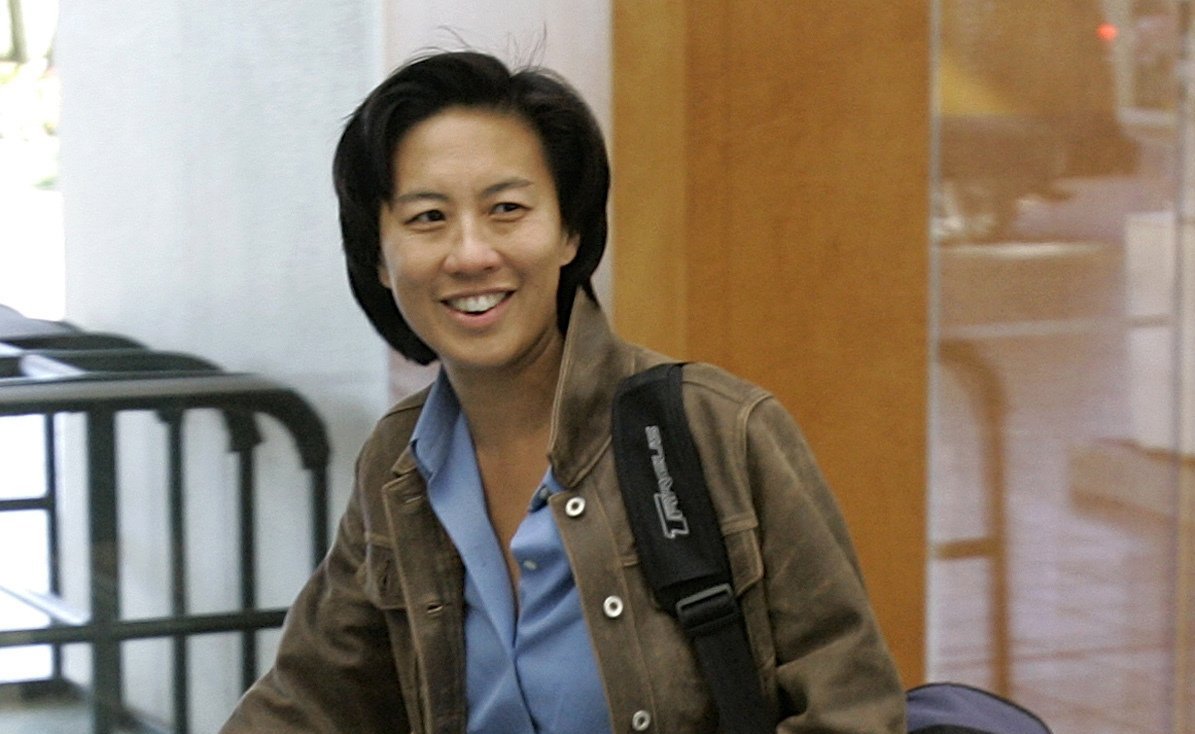 Kim Ng started her Major League Baseball career as an intern, and three decades later she's still on the rise while shattering ceilings.

Ng became the majors' highest-ranking woman and Asian American in baseball operations when she was hired Friday as general manager of the Miami Marlins. She is believed to be the first female GM in a major professional sport in North America, the Marlins said.

"I think this is the most noteworthy day for baseball since Jackie Robinson broke the color barrier in 1947,” said Richard Lapchick, an expert on race and gender in sports at the University of Central Florida.

"After decades of determination, it is the honor of my career to lead the Miami Marlins," Ng said in a statement. "When I got into this business, it seemed unlikely a woman would lead a major league team, but I am dogged in the pursuit of my goals. My goal is now to bring championship baseball to Miami."

Marlins CEO Derek Jeter played for the Yankees when Ng worked for them.

"We look forward to Kim bringing a wealth of knowledge and championship-level experience to the Miami Marlins," Jeter said in a statement. "Her leadership of our baseball operations team will play a major role on our path toward sustained success. Additionally, her extensive work in expanding youth baseball and softball initiatives will enhance our efforts to grow the game among our local youth as we continue to make a positive impact on the South Florida community."

Jeter became baseball’s first black CEO after his group bought the Marlins in 2017. He then hired Caroline O’Connor, who as senior vice president is one of the highest-ranking women in professional sports.

Ng, 51, becomes the fifth person to hold the Marlins' top position in baseball operations and succeeds Michael Hill, who was not retained after the 2020 season.

A virtual news conference for Ng is planned for Monday.

"All of us at Major League Baseball are thrilled for Kim and the opportunity she has earned with the Marlins," baseball Commissioner Rob Manfred said in a statement. "Kim’s appointment makes history in all of professional sports and sets a significant example for the millions of women and girls who love baseball and softball. The hard work, leadership, and record of achievement throughout her long career in the national pastime led to this outcome."

The Miami Dolphins' Brian Flores, one of four head coaches of color in the NFL, was among those to applaud Ng's hiring.

"It's phenomenal," Flores said. "Anyone who thinks a woman can’t manage or coach or lead, I think, is silly. Kudos to the Marlins."

"I am proud of the Marlins for this hiring," Rojas said in a statement. "It is a special day."

Ng joins a long-suffering franchise that achieved surprising progress in Year 3 of Jeter’s rebuilding effort, reaching the playoffs for the first time since 2003 and sweeping the Chicago Cubs in the wild-card round. The Marlins were swept by the Atlanta Braves in the National League Division Series.

Ng started her baseball career as a White Sox intern and rose to become assistant director of baseball operations. She worked for the American League for one year and then joined the Yankees, becoming the youngest assistant general manager in MLB at 29, and only the second woman to attain that position with a major league club. She was the Dodgers' vice president and assistant general manager.

"It is wonderful seeing people accomplish their stated goals, and this has been a dream of hers for as long as I’ve known her," Yankees general manager Brian Cashman said in a statement. "She will provide the Marlins with vast experience and institutional knowledge, along with a calm demeanor and an amazing ability to connect with others."

Ng graduated from the University of Chicago, where she played softball and earned a degree in public policy. Jean Afterman, who has been the Yankees’ assistant GM since succeeding Ng nearly 20 years ago, said her predecessor possesses talents that are gender-blind.

"It is a tremendous achievement to be the first female GM in Major League Baseball, and I hope young girls (and boys) take notice of this and further understand that there are no limits to their dreams," Afterman said in a written statement. "I congratulate the Marlins – that after a remarkable season, during extraordinary times – they have broken a barrier that needed shattering."