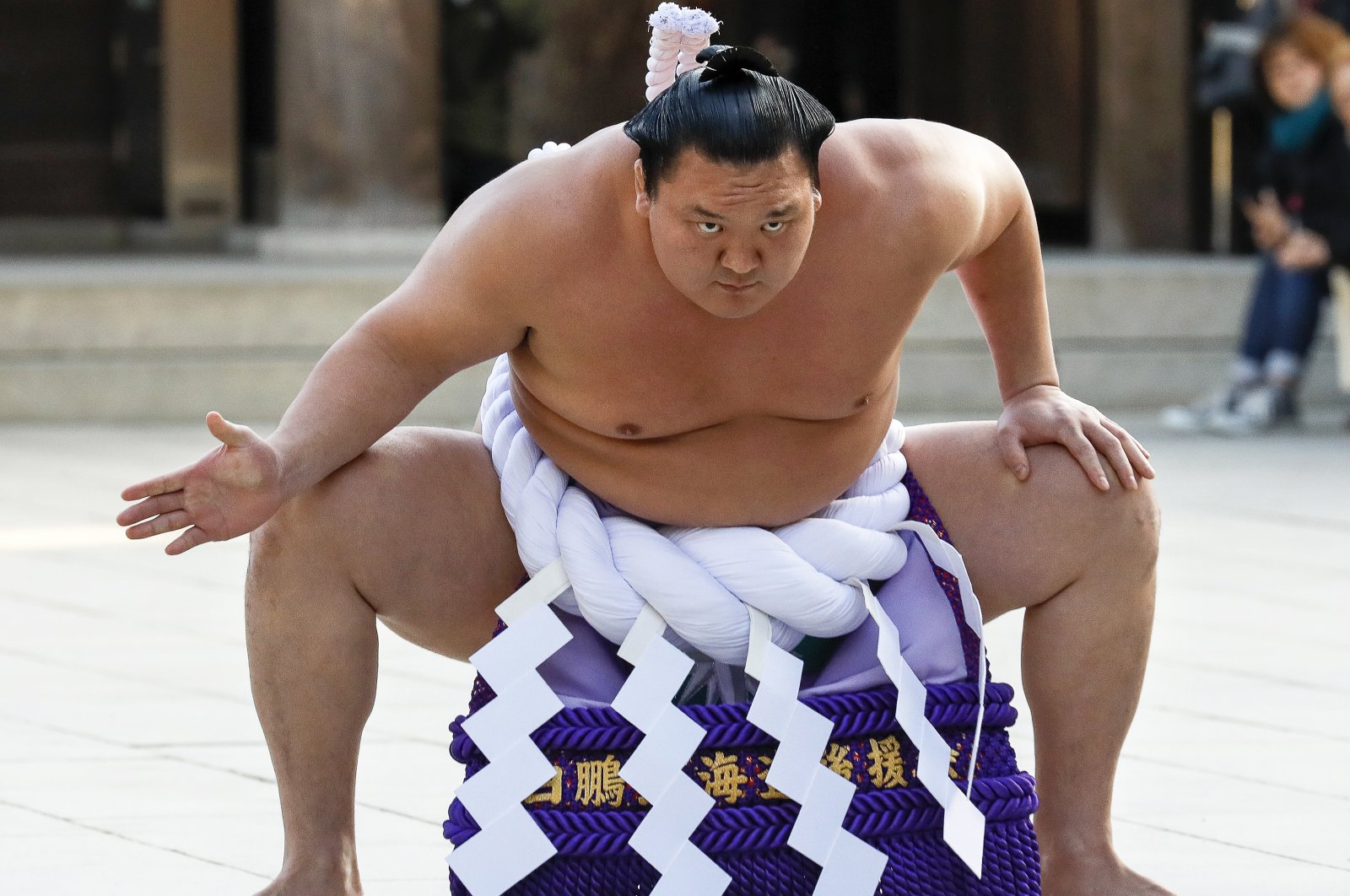 The 36-year-old's departure will leave a gaping hole at the top of the ancient sport. He has won a record 45 tournaments – 13 more than anyone else in history – but has been sidelined by injury for most of the year.

He made his only appearance of 2021 at July's Nagoya Grand Sumo Tournament, going unbeaten to win the title after missing all or part of the previous six competitions.

He and 17 other wrestlers from his stable were forced to miss the following tournament, which ended Sunday, after a coronavirus outbreak.

His departure leaves just one other wrestler, Terunofuji, in the yokozuna class – sumo's highest rank.

"I learned from the sumo association chairman that Hakuho's letter of retirement was filed through his stable master today," Hironori Yano, head of the yokozuna deliberation council, which is close to the association, told reporters.

Hakuho's decision, reportedly the result of a right knee injury, brings the curtain down on his illustrious career after 1,187 wins.

The Japan Sumo Association declined to comment, but the news made headlines in the country and grateful fans tweeted their support for the star.

Near the Kokugikan venue where sumo's Tokyo tournament is held, Takashi Sakai was full of praise for the retiring wrestler.

"I want to tell him: 'Great work. Well done.' He worked really hard, coming all the way to Japan, becoming a sumo wrestler and a yokozuna champion. It's not very easy to achieve all that," the 76-year-old told Agence France-Presse (AFP).

"He has been the strongest wrestler for a long time and has been very influential," said Miyako Arai.

"I think there are many wrestlers whose admiration of Hakuho led them to pursue the sport," the 46-year-old Arai added.

Born Munkhbat Davaajargal and the son of an Olympic silver-medal freestyle wrestler, Hakuho came to Japan at age 15 to enter the sumo world.

Asashoryu retired in 2010, but Hakuho went from strength to strength, overtaking the legendary Taiho's record of 33 tournament wins in January 2015.

The one-time rival called Hakuho "a tremendous yokozuna," in a post on Twitter after news of the retirement emerged.

"I will save the rest of my words for when the two of us speak in person. But to sum up, thanks for all your hard work," Asashoryu wrote.

Hakuho acquired Japanese citizenship in September 2019, giving him the right to run his own sumo stable after retirement.

He leaves the sport as sumo's longest-serving yokozuna, having fought his 1,000th bout at the rank in July 2020.