LeBron jersey, Maradona boots among 500 items to go on auction 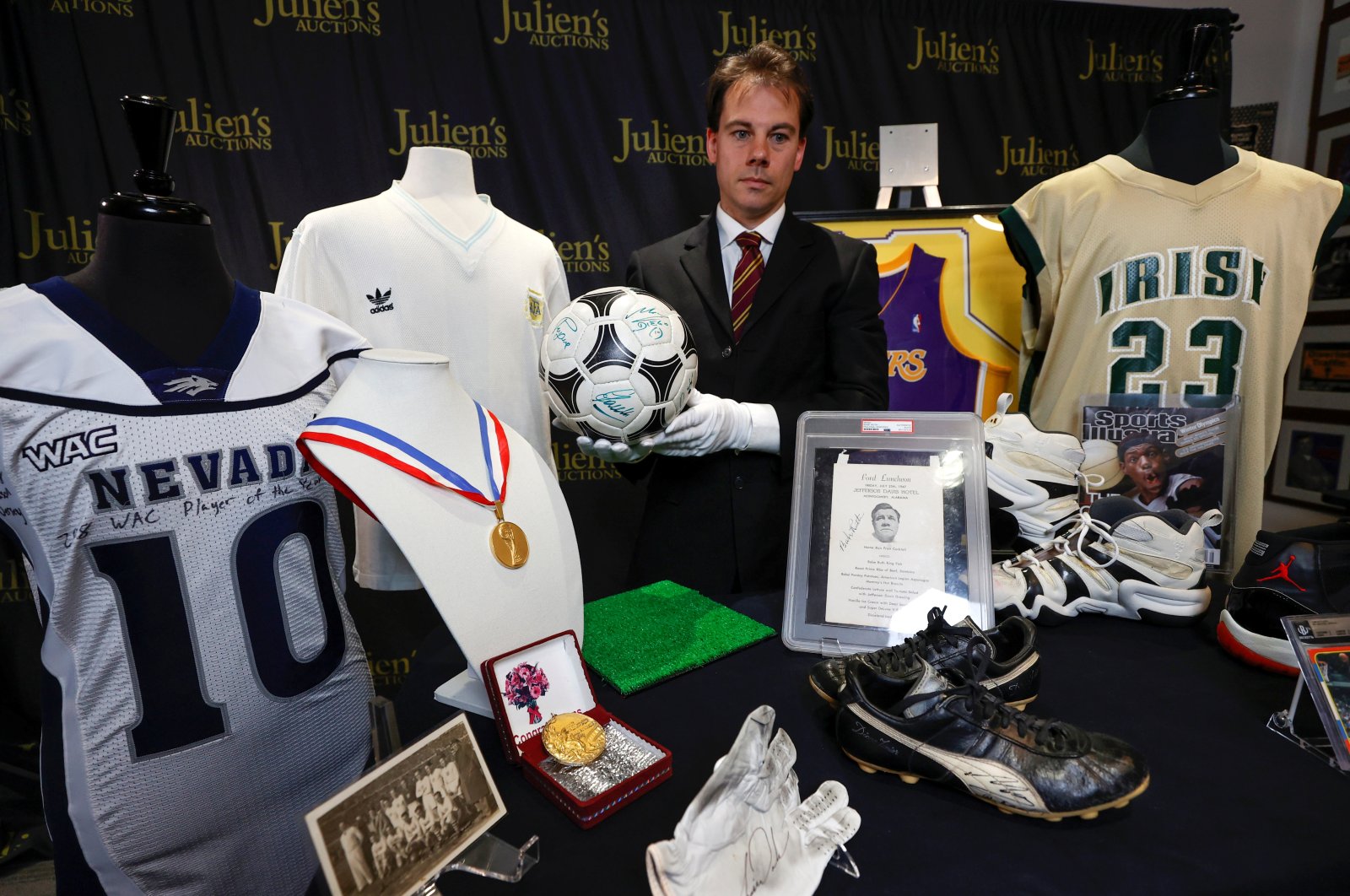 A high-school basketball jersey worn by LeBron James and cleats belonging to football legend Diego Maradona are among some of the 500 sports memorabilia that will go up for auction in July, Julien's Auctions said Wednesday.

James was 17 when he wore the St. Vincent-St. Mary High School jersey on a 2002 cover of Sports Illustrated magazine under the title "The Chosen One." He soon went straight from the school to become the first overall pick in the National Basketball Association draft and has won four NBA championships.

"It is a very unique, interesting item that is considered the holy grail of items for the LeBron James collection," said Kendall Capps, sports director for Julien's Auctions. The green-and-white jersey is expected to sell for between $400,000 and $600,000, according to estimates from the auction house.

The auction will take place live in Beverly Hills on July 17 and July 18. Bidders can also participate online. Other items that will be offered include boots signed and worn by late Argentine soccer superstar Diego Maradona during his 1983-84 season with Barcelona, and a jersey he wore during a 1990 World Cup match against Brazil. The items are expected to fetch between $40,000 and $60,000 each.

Maradona died in November at age 60.

The items will go on display at a public exhibition in Beverly Hills from July 12 to July 16.