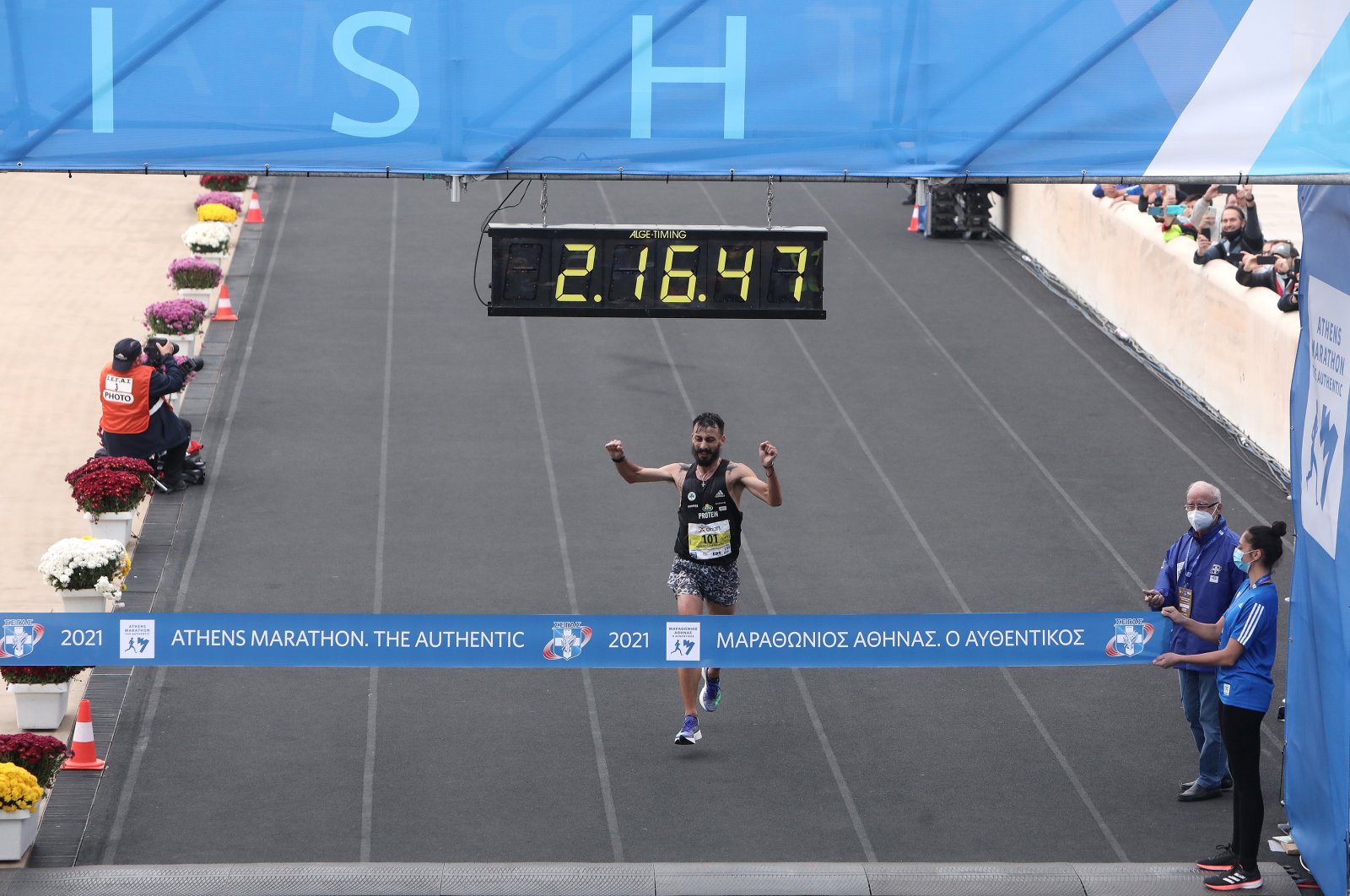 The 31-year-old runner timed 2 hours 16 minutes 49 seconds, the fasted time ever recorded by a Greek on the 42-kilometer course, breaking the old mark set in 2004 by Nikos Polias in the Athens Olympics in 2:17.56.

Panagiotis Mpourikas came second in 2:22.33 and Charalampos Pistolis was third with a timing of 2:24.05, both from Greece.

The first woman across the finish line was Greece's Gloria-Tziovan Privilegio, who was 26th overall with a time of 2:41.30.

The marathon returned after a two-year absence due to the COVID-19 pandemic with 2,555 participants from dozens of countries, but without any of the top runners.

According to legend, the 42-kilometer route from Marathon to Athens was first run by Pheidippides, an Athenian messenger who in 490 B.C. dashed to the city to announce victory over the Persians, before dying of exhaustion.

Run on a four-lane concrete avenue through the urban districts of east Athens with a finish at the all-marble Panathenaic Stadium, the site of the 1896 Olympics, the grueling race is a challenge for runners as much of it is uphill.