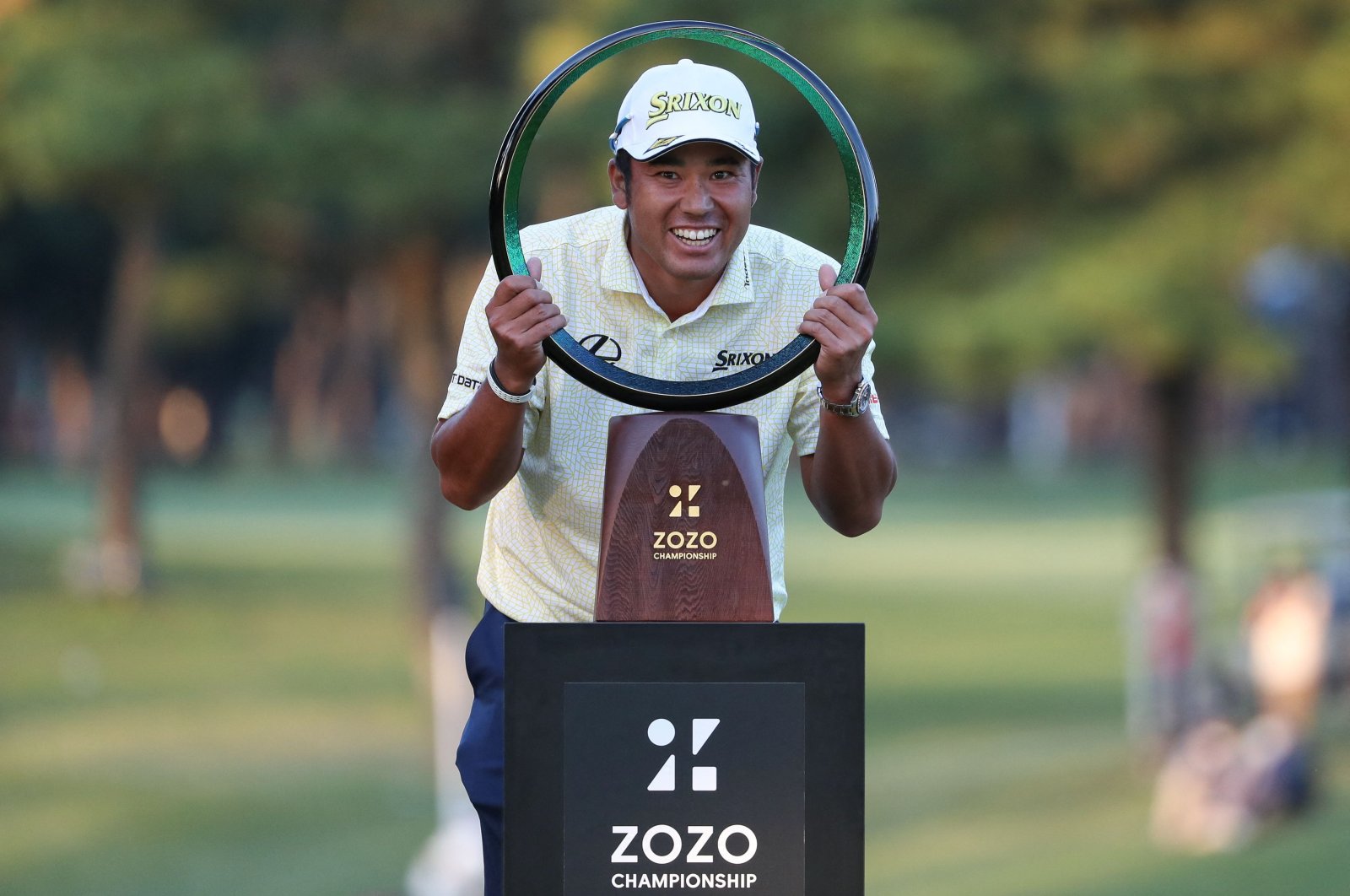 Japan's first male major winner, Matsuyama, put behind the heartbreak of failing to win a medal in his home Olympics this summer and put on a brilliant show to clinch the $1,791,000 winner's check

Matsuyama sealed victory with the shot of the week, a stunning five-wood from 250 yards to set up an eagle three at par-five 18th at the Accordia Golf Narashino Country Club, outside Tokyo.

He drained the 15-foot putt to an ecstatic roar from the 5,000 adoring fans surrounding the green and punched the air as he completed a magnificent final-round 65 for a five-shot victory over American Cameron Tringale.

"A factor that was going for me was the fans rooting for me and they were behind me, so I'm glad that I was able to convert the energy from the crowd. I'm thrilled."

Ahead of Tringale by a stroke after the third round, Matsuyama extended his lead by draining a 30-foot putt for eagle at the sixth hole to get to 12-under.

He gave a shot back at the difficult eighth, allowing Tringale to move into a tie at the top of the leaderboard with his second birdie of the day at the ninth.

The 34-year-old American, seeking his maiden PGA Tour win 12 years after turning professional, followed with another at the par-four 10th to take the lead for the first time as the tournament turned into a back-nine duel between the pair.

Matsuyama stepped up a gear and seized back control with a superb run of three birdies in five holes starting with a left-to-right 30-footer at the 11th.

A perfectly judged downhill 15-foot putt at the short 13th nosed him in front then the best of the bunch, a smoothly holed 31-foot putt at the 15th, gave Matsuyama a two-shot cushion that was still intact as the pair stood on the 18th tee.

Tringale threw any remaining chance away as he found deep rough behind trees out to the right.

The fearless Matsuyama eschewed the chance to play safe and lay-up with his opponent in trouble, instead of pulling out his five-wood and drilling the shot of the tournament to clinch the $1,791,000 winner's check.

"Yeah, really cool for him," said a gracious Tringale, whose bogey dropped him into a tie for second at 10-under par with fellow American Brendan Steele.

"To really slam the door and hit an incredible second shot and hole the putt, it was storybook."

For Matsuyama, Japan's first male major winner, it was his seventh PGA Tour triumph and made up for the huge disappointment of failing to win a medal in his home Olympics this summer.

The Japanese No. 1 had found it hard to contain his anguish after losing out in a seven-way playoff for Tokyo 2020 bronze after putting himself under immense pressure at the Tokyo Games.

He admitted to being tense again on Sunday as he fought back from a shot down at the 10th, saying he didn't loosen up until "that second shot there" at the final hole.

Matsuyama had pushed Tiger Woods all the way at the inaugural Zozo Championship at Narashino Country Club in 2019 as the 15-time major winner bagged a record-equaling 82nd PGA Tour win. Matsuyama promised his fans that he would come back next year and win.

He was as good as his word, although it took 12 months longer than anticipated as the tournament shifted to California last year because of the coronavirus.

"In 2019, Tiger won the Masters and went on to win the Zozo Championship, so I'm glad that I was able to emulate that," said Matsuyama.

The tournament returned to Japan this year after being shifted to California last year due to COVID-19 travel restrictions.