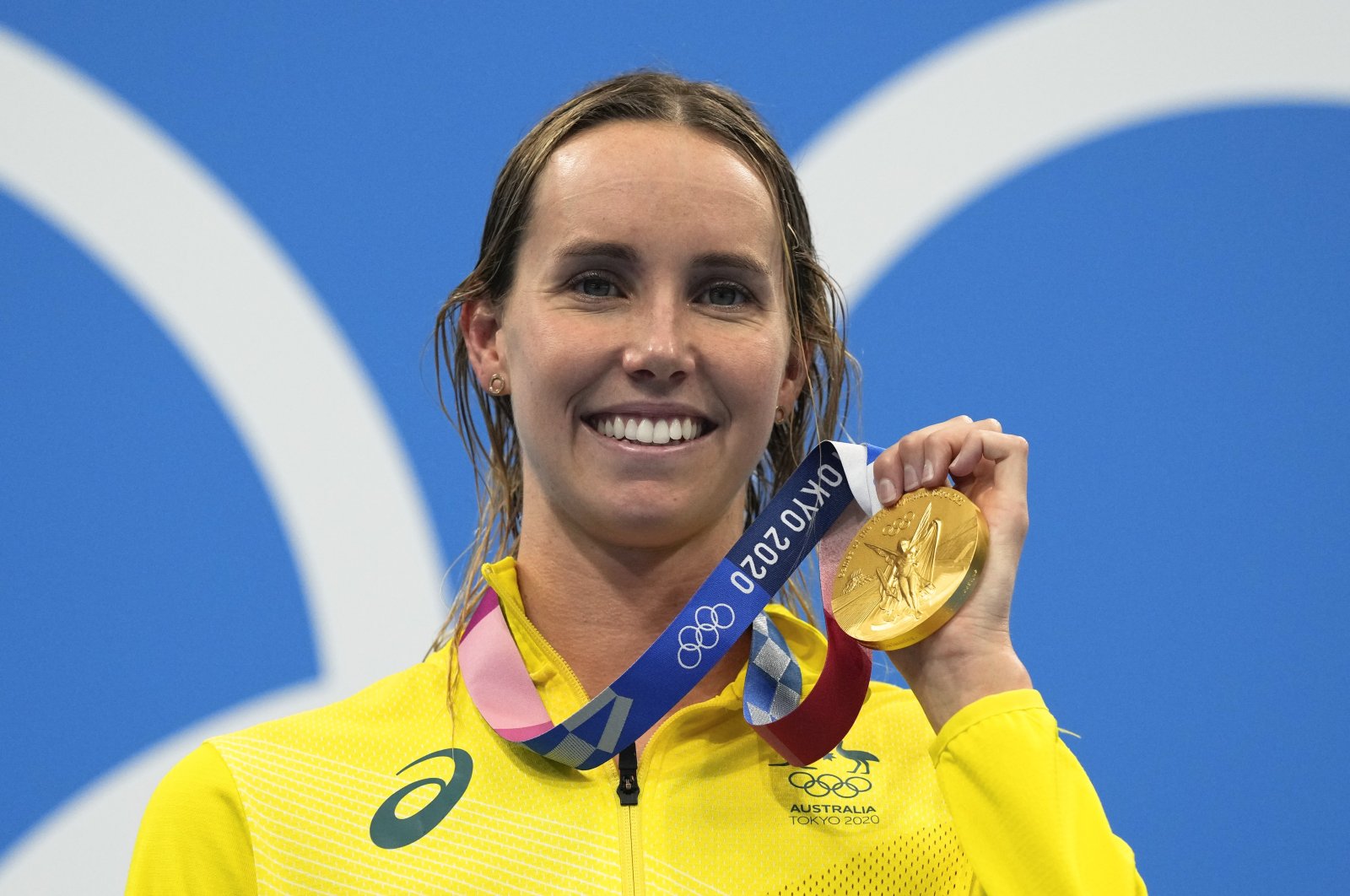 Australian swimming sensation Emma McKeon made history Sunday as she became the first female swimmer to win seven medals at a single Olympic Games after winning gold in the women's 4x100 medley relay and completing the sprint double with victory in the 50-meter freestyle.

American Caeleb Dressel, in the meantime, confirmed his dominance in men's sprint swimming, powering to victory in the men's 50-meter freestyle to go with his 100-meter gold and clinching a fifth medal of the Games as Team USA triumphed in the men's medley relay.

There was more gold joy for the U.S. when Robert Finke completed the distance double, producing another late push to win the 1,500-meter to add to his 800-meter gold.

That saw McKeon join Michael Phelps, Mark Spitz and Matt Biondi as the only swimmers with seven medals at a Games. Russian gymnast Maria Gorokhovskaya, in 1952, is the only woman to have won seven in any other sport.

McKeon outsprinted the field in the 50-meter freestyle, with Swede Sarah Sjoestroem taking silver and Rio 50-meter champion Pernille Blume of Denmark bronze, and was then quickly back in the pool for the medley relay.

The Australians were second all the way to the final turn when Campbell pulled away from Abbey Weitzeil to secure the ninth gold medal for the country in the Tokyo pool – eight of which have come from the women's squad.

Dressel, the 100-meter free and butterfly champion, completed his sprint double with a huge margin of 0.48 seconds over France's Florent Manaudou, the London gold medal winner and silver medallist in Rio.

Dressel, the 24-year-old Floridian, led from the front with another display of speed and power. He produced the defining butterfly leg in the United States' medley relay victory, powering ahead of Britain's James Guy to set up Zach Apple, who sped home on the freestyle anchor leg to touch first.

Britain took silver, to secure its most successful Games in the pool, with Italy taking bronze.

Finke delivered a repeat performance of his success in the 800-meter with another perfectly timed late sprint to grab his second gold. His last 50 meters was almost two seconds faster than German Florian Wellbrock, who had led going into the final turn.

Wellbrock opened up a lead at the 300-mark and held it until the final length but then Finke put in a stunning surge to grab victory with Ukraine's Mykhailo Romanchuk taking silver and the German bronze.

"I was pretty fatigued but then I realize everyone else in the field is feeling the same way I was confident in my ability to come home," Finke said.

"I came in not really expecting to get a medal or anything and to come out of it with two golds – so I'm just going to do my best to process things."