Alonso to drive for McLaren at Indy 500 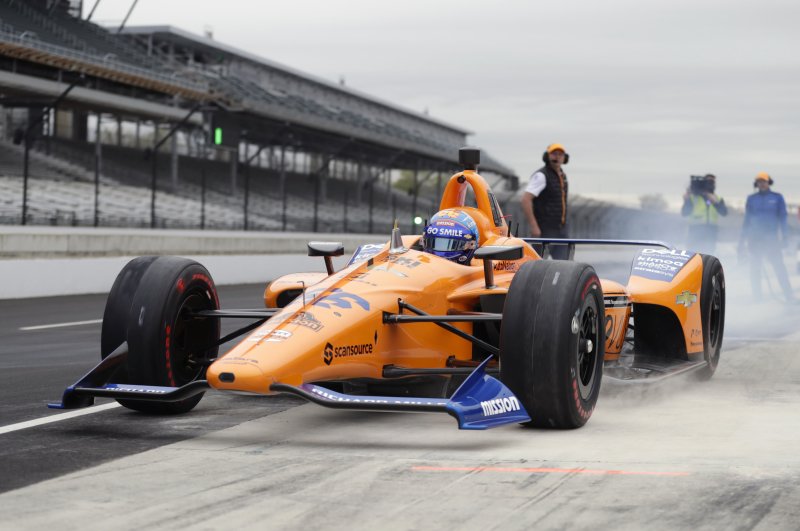 IndyCar driver Fernando Alonso, of Spain, drives out of the pit area during testing at the Indianapolis Motor Speedway in Indianapolis. Alonso will once again attempt to complete motorsports' version of the Triple Crown with a return to the Indianapolis 500 in May with McLaren. (AP Photo/Michael Conroy, File)
by French Press Agency - AFP Feb 26, 2020 12:44 pm

Fernando Alonso will race at this year's Indianapolis 500 for McLaren, the team said Tuesday, as he embarks on another attempt to complete a rare motorsport triple crown.

The two-time Formula One world champion returns to the fabled U.S. race after failing to qualify for the event last year. The 38-year-old Spaniard is trying to emulate the feat accomplished by the late Graham Hill, the only driver to win the Monaco Grand Prix, Le Mans and Indy 500. Alonso has won both at Monaco and Le Mans, the 24-hour endurance race, twice.

"I am a racer and the Indy 500 is the greatest race in the world," Alonso said in a team statement. "I love the incredible fans who make it so special for all of us drivers and make me want to come back."

It will be Alonso's third Indy 500 participation. He qualified fifth for the 2017 edition and led for 24 laps before he was forced to retire due to engine failure. Alonso finished 13th on his Dakar Rally debut in January, nearly five hours behind winner Carlos Sainz. He came second in one stage, but his first attempt at the Dakar was a bruising affair as he suffered a double rollover in the 10th stage after hitting a dune at an awkward angle.