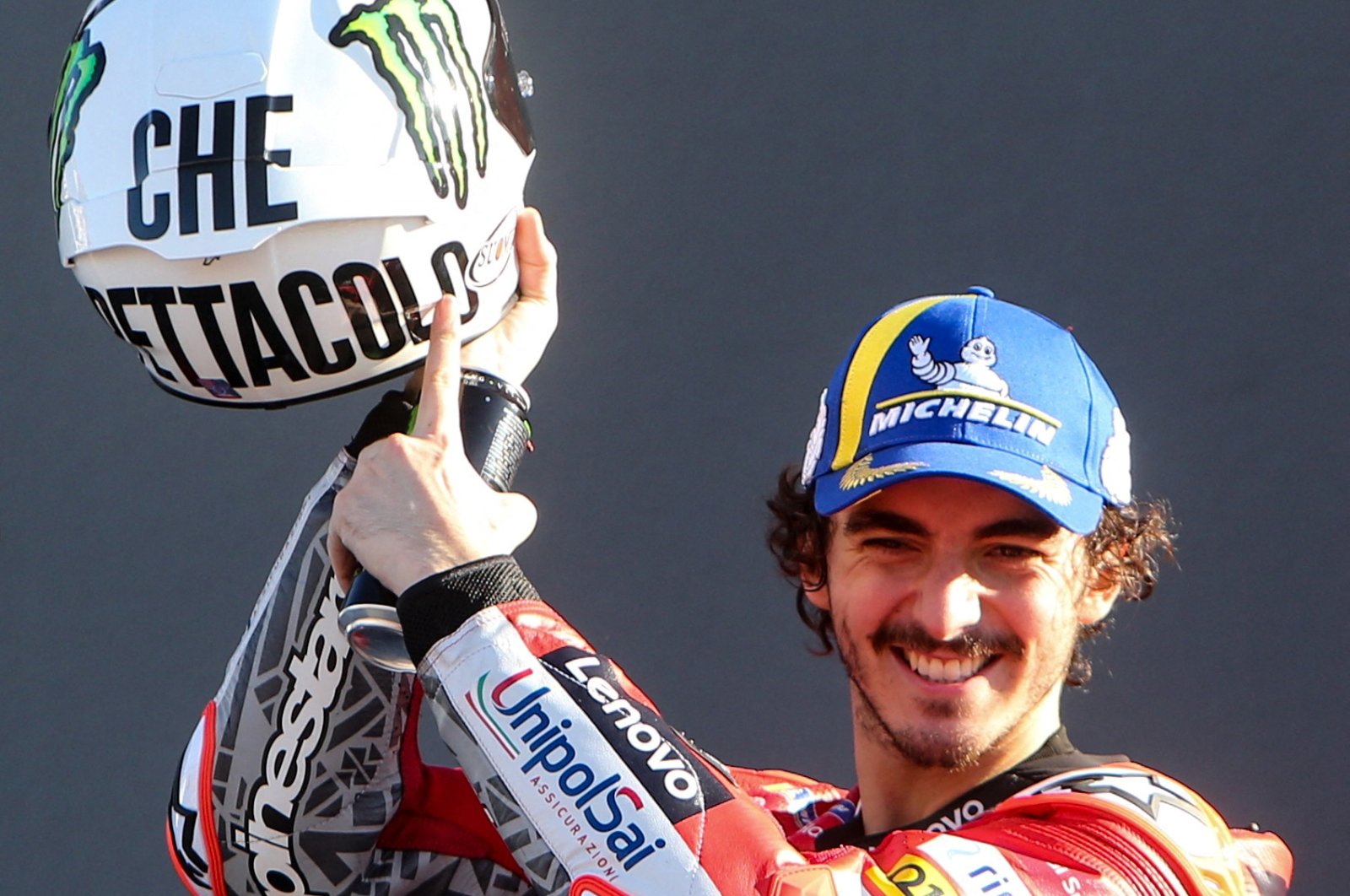 The 42-year-old Rossi, a nine-time world champion across categories, took all the applause from the crowd of 75,000 people, as he rode an ovation lap in Valencia, which was his 432nd GP since starting his career back in 1996.

Jorge Martin, of the Ducati-Pramac team, and Jack Miller (Ducati) completed the podium at the 18th race of the season for a first-ever Ducati podium sweep.

Yamaha's Fabio Quartararo, who had already secured the world championship, finished 5th after a heavy fall in qualifying.

But the often joyous winner's podium paled alongside celebrations from the exultant pack that tracked Rossi's every move, chanting Vale, Vale (his nickname) and even throwing him in the air.

It was a fourth win of the season for Bagnaia, who came through the VR46 Academy created by Rossi. The 24-year-old finished the season 26 points behind Quartararo as runner-up in the title race.

He dominated the race but once former Brazilian footballer Ronaldo waved the chequered flag, all the attention turned to Rossi as the riders stopped to pay homage, fireworks went off and cries of "Vale" echoed around the stands.

His number 46 was everywhere, including on Bagnaia's helmet and up in the stands of the Ricardo Tormo circuit where his initials and number "VR46" fluttered on yellow flags in the Valencian sunshine.

In the paddock, the nine motorcycles that brought him world titles have been lined up side by side since Thursday when he posed with each for an evocative photoshoot.

A giant street-art fresco displaying the portrait of the smiling "Dottore" overlooked the starting line.

If this season was his poorest in 26 seasons at world level – he finished a distant 18th in the standings – there were no tears, just a trademark grin from "The Doctor."

Rossi's last title dates back to 2009 and his last GP victory in 2017 but that has not dulled the adoration felt by the motorcyling fans for Rossi who leaves the stage with his place assured as one of the true greats of his or any other sport.

Rossi claimed his first world title in 1997, a year after making his 125 cubic centimeters debut, following up with the 250 cc championship in 1999.

Graduating to the premier class he was runner-up in his first season in 2000 before taking the final world title race in the 500 cc format a year later with Honda.

He retires with 115 victories including a record 89 in MotoGP, 235 podiums (199 in the top flight), also a record, and the longest career of any rider in the sport's premier class.

Next season his VR46 team will make its debut in MotoGP next year as a Ducati satellite.