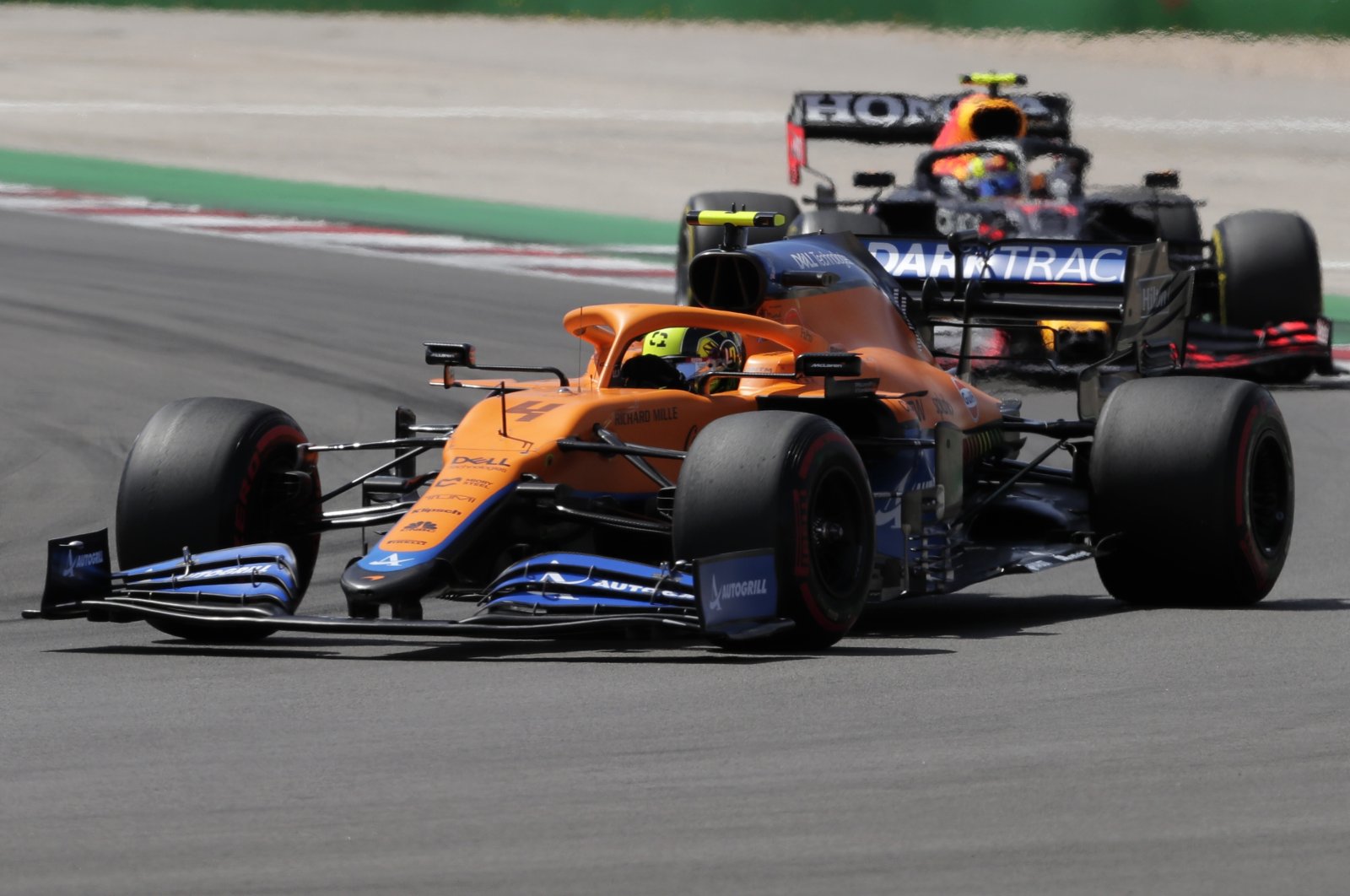 Mclaren driver Lando Norris of Britain (front) takes a curve during the Portugal Formula One Grand Prix at the Algarve International Circuit near Portimao, Portugal, May 2, 2021. (AP Photo)
by ASSOCIATED PRESS May 19, 2021 4:33 pm

The deal will keep the 21-year-old at McLaren for the immediate future.

Norris earned the second podium finish of his career at this season's Emilia Romagna Grand Prix in Italy and is fourth in the drivers’ standings ahead of this weekend's Monaco GP.

McLaren’s announcement cements its driver lineup with Norris and 31-year-old Australian Daniel Ricciardo, who joined at the start of the 2021 season on a multiyear deal.

The British team's statement didn't specify the length of the extension, noting only that it includes "2022 and beyond.”

"My commitment to McLaren is clear: my goal is to win races and become Formula 1 world champion and I want to do that with this team," Norris said. "Since joining in 2017 our progression has been consistent and we have clear ambitions together for the future.”

Norris was promoted to a full-time race seat for the 2019 season.

McLaren Racing chief executive, Zak Brown, said Norris is "one of the brightest talents” on the F1 grid.

"He’s been instrumental in our return of form here at McLaren," Brown said, "and we’re proud of the growth he’s shown since he first started with us back in 2017.”