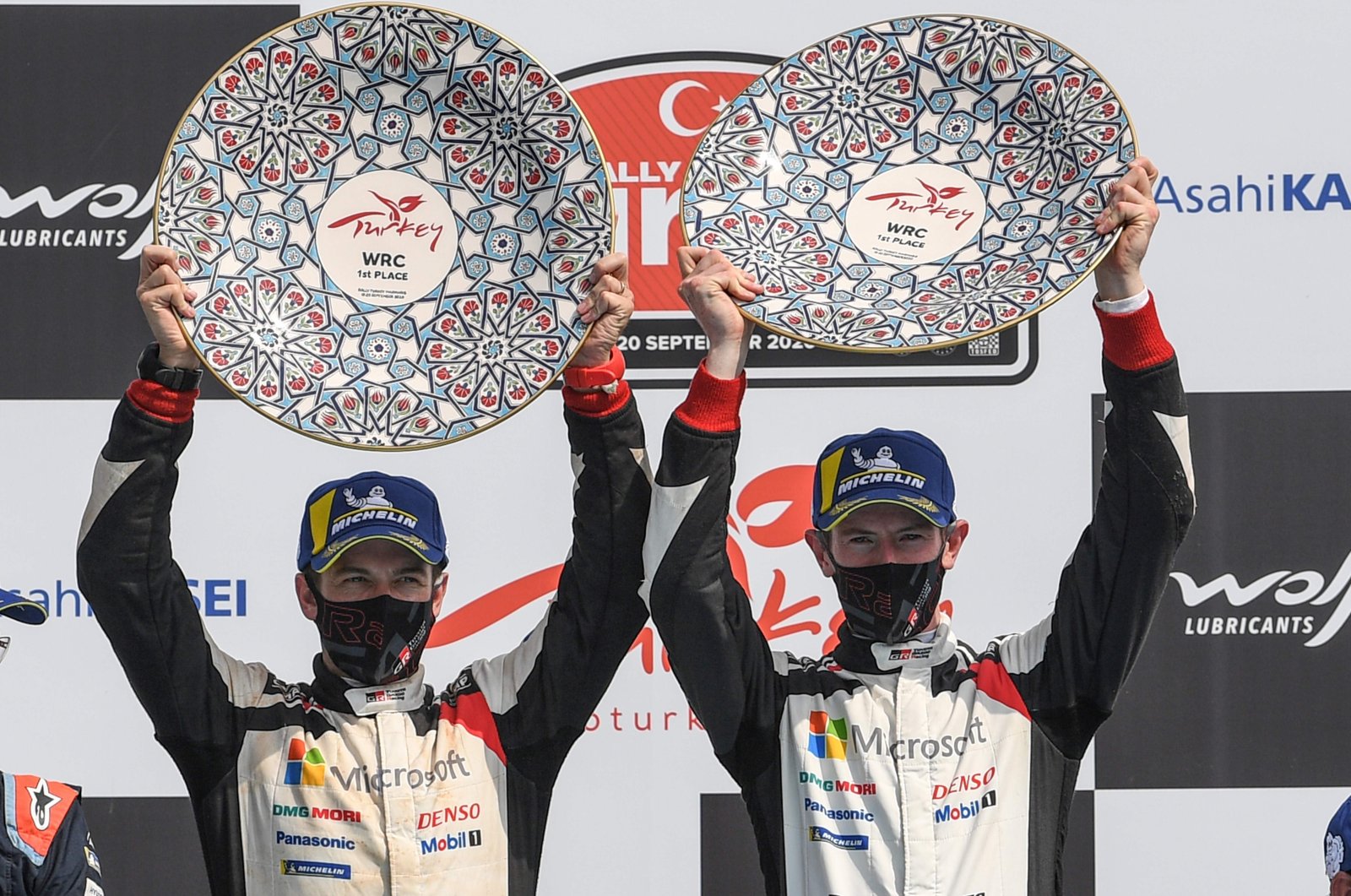 Welshman Elfyn Evans came from behind to win the Turkey Rally on Sunday and, with fellow Toyota driver Sebastien Ogier abandoning, took over the lead in the World Championship.

Evans began the day in fourth, a minute behind the leader Thierry Neuville and also trailing the two Sebastiens, Ogier and Loeb.

As his rivals picked up punctures on the opening stage of the day, Evans gained ground and kept up the pace to win all four stages, finishing the race 35.2 seconds ahead of Neuville with 46-year-old Loeb, a nine-time champion, completing the podium.

"It's been a tough weekend," said Evans.

"We were there or thereabouts most of the weekend, and we thought that yesterday afternoon was game over with a chance for victory. We really tried to drive well and stay in the middle of the road."

With two races remaining in Italy and Belgium, Evans holds a 19-point lead over Ogier in the championship.

"I'm well aware that there is a bit of luck that needs to go your way and I never like to inherit positions from others in that way," the Welshman said.

"This is the nature of Rally Turkey especially, and we knew this coming into the weekend."

Neuville and Loeb, in their Hyundais, both picked up early punctures as did Ogier whose race ended when an engine warning light came on and smoke began billowing from under the bonnet.

"A disaster ... not our weekend," said Ogier during the day's first stage.

The Power Stage finale allowed Neuville to glean five bonus points while his teammate Ott Tanak, who abandoned on Saturday, took four points to remain in contention for the world title.

Defending champion Tanak, who won the previous rally in his native Estonia, is 27 points behind Evans.