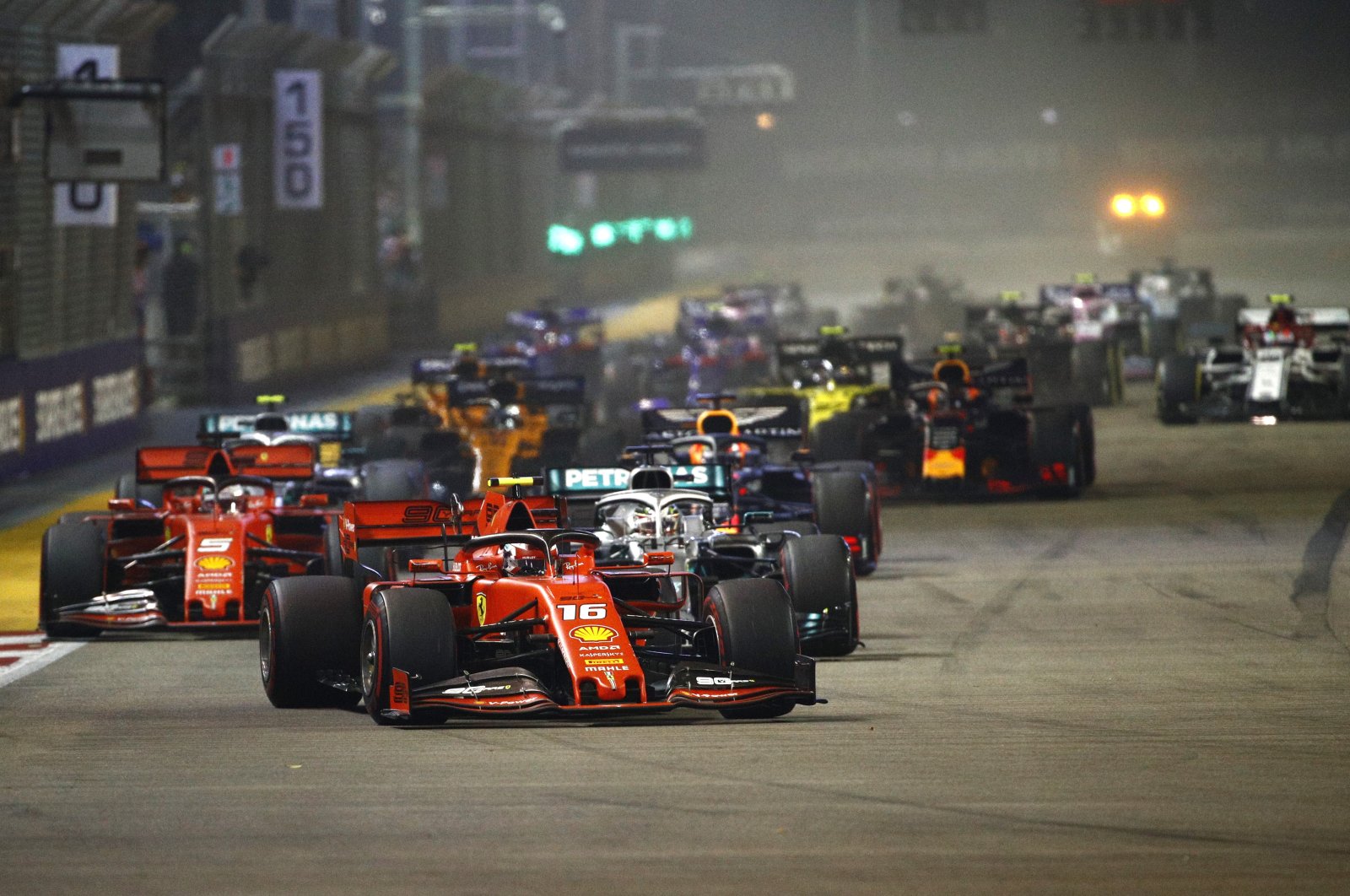 Formula One will have its shortest calendar since 2009 as Azerbaijan, Singapore and Japan joined the list of grand prix races canceled due to the COVID-19 pandemic

Formula One's Singapore, Japan and Azerbaijan grand prix races were canceled on Friday over logistical problems caused by the coronavirus, officials said, in a new blow to the disrupted season.

Formula One was thrown into chaos in March when the curtain-raising Australian Grand Prix was canceled hours before practice was to begin, as the virus spread around the world.

With lockdowns being eased in some places, organizers last week unveiled plans to start the season with two races behind closed doors in Austria in July, followed by six other grand prix races in Europe.

But Formula One said the decision had now been made to cancel the races in Azerbaijan, Singapore and Japan due to "ongoing challenges presented by COVID-19."

"In Singapore and Azerbaijan, the long lead times required to construct street circuits made hosting the events during a period of uncertainty impossible," Formula One said in a statement.

"In Japan, ongoing travel restrictions also led to the decision not to proceed with the race."

As well as the Australia race, grands prix races in Monaco, France and the Netherlands had already been canceled.

The Singapore F1, a night race around the city's floodlit waterfront, is a highlight of the calendar.

But organizers said they had not been able to start construction of the Marina Bay Street Circuit due to curbs imposed to fight the virus.

Other challenges include a ban on mass gatherings which, if still in place in September when the race was due to take place, would have made it impossible for large groups of spectators to watch the outdoor event.

Travel restrictions would have also prevented tourists, who make up a large chunk of the F1's audience, from coming to the city-state for the race.

Singapore, which has recorded the highest number of virus cases in Southeast Asia, has just started easing curbs.

The Azerbaijan Grand Prix, originally due to take place in June this year, is also a street race. It takes place in the capital Baku, with the track running along the shoreline and through the city's medieval old town.

The country has seen a sharp increase in virus infections since lifting a state of emergency at the end of May.

Japan, whose grand prix was due to take place at the Suzuka International Racing Course in October, lifted a state of emergency last month and has suffered a relatively small outbreak.

But it still has tough travel restrictions in place.

F1 got the green light to start when the Austrian government sanctioned the season-opening double-header at the Spielberg circuit after organizers "presented a complete and professional plan" to combat the COVID-19 outbreak.

The Hungarian Grand Prix will be brought forward to July 19 before a two-week break, followed by consecutive races in Britain and events in Spain, Italy and Belgium. All will likely be run without spectators, while participants must adhere to strict safety protocols.

Regular health tests will be conducted with the number of team members and race staff at the venue also reduced.

The blueprint for the rehashed season features further races in Asia – the Shanghai and Vietnam races have only been postponed for now – and the Americas in September, October and November before finishing in the Gulf in Bahrain and Abu Dhabi in December.

The 2020 season was originally supposed to feature a record 22 races, but now it is set to be the shortest campaign since 2009.