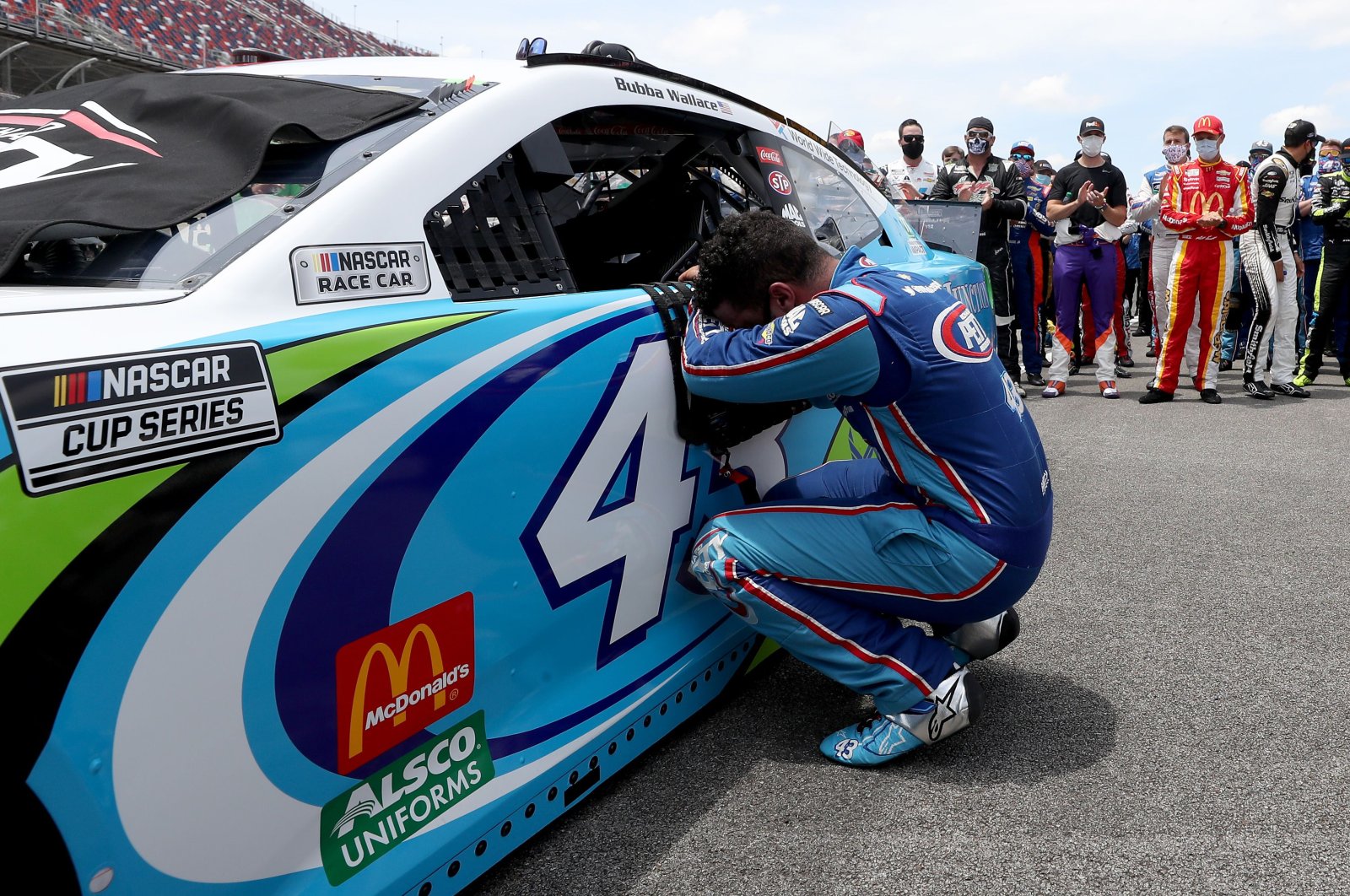 The Federal Bureau of Investigation (FBI) said Tuesday that no hate crime was committed after a noose was found over the weekend in NASCAR driver Darrell "Bubba" Wallace Jr.'s garage at the Talladega Superspeedway in Alabama.

The investigation determined the noose, a symbol connected to lynching and America’s slave history, found in Wallace's stall at the Talledaga Superspeedway on Sunday may have been in that garage since last October.

"After a thorough review of the facts and evidence surrounding this event, we have concluded that no federal crime was committed," the FBI said in a statement.

The incident rocked NASCAR and took on added significance at a time of heightened tension over racism in the United States following nationwide protests over the death of African American George Floyd in police custody.

The noose, according to a NASCAR statement, was a garage door pull rope fashioned like a noose.

"They (the FBI and Justice Department) have concluded their investigation at Talladega Superspeedway and determined Bubba Wallace was not the target of a hate crime," said NASCAR President Steve Phelps during a conference call. "For us at NASCAR this is the best result we could hope for."

The incident triggered shock and an outpouring of support for Wallace as he prepared to get back into his car on Monday for the rain-delayed 500-mile race.

Wallace finished 14th but in a post-race interview declared victory in the face of racism.

A vocal supporter of Black Lives Matter, Wallace was also one of the loudest voices in the push for the banning of Confederate flags, formerly a common sight at NASCAR events.

NASCAR announced this month that Confederate flags would be prohibited from all of its events and properties.

Prior to the start of Monday's race, Wallace's fellow drivers and their crews marshaled behind the 26-year-old and helped push his car to the front of the pit road for the anthems and ceremonies.

Despite the fact that the entire scene was sparked by a racist act that never happened, Phelps said it produced what will be remembered as one of the most powerful images in the history of sports.

"Yesterday to me as a sport was one of the most important days we've had," said Phelps.

"We are one big family. Everyone's' belief was someone was attacking a member of our family. It turned out that was not the case, but at the time that is what our industry thought."

"Everyone supported Bubba Wallace and the 43 team, and that was a very powerful image not just in the history of our sport but all sport."