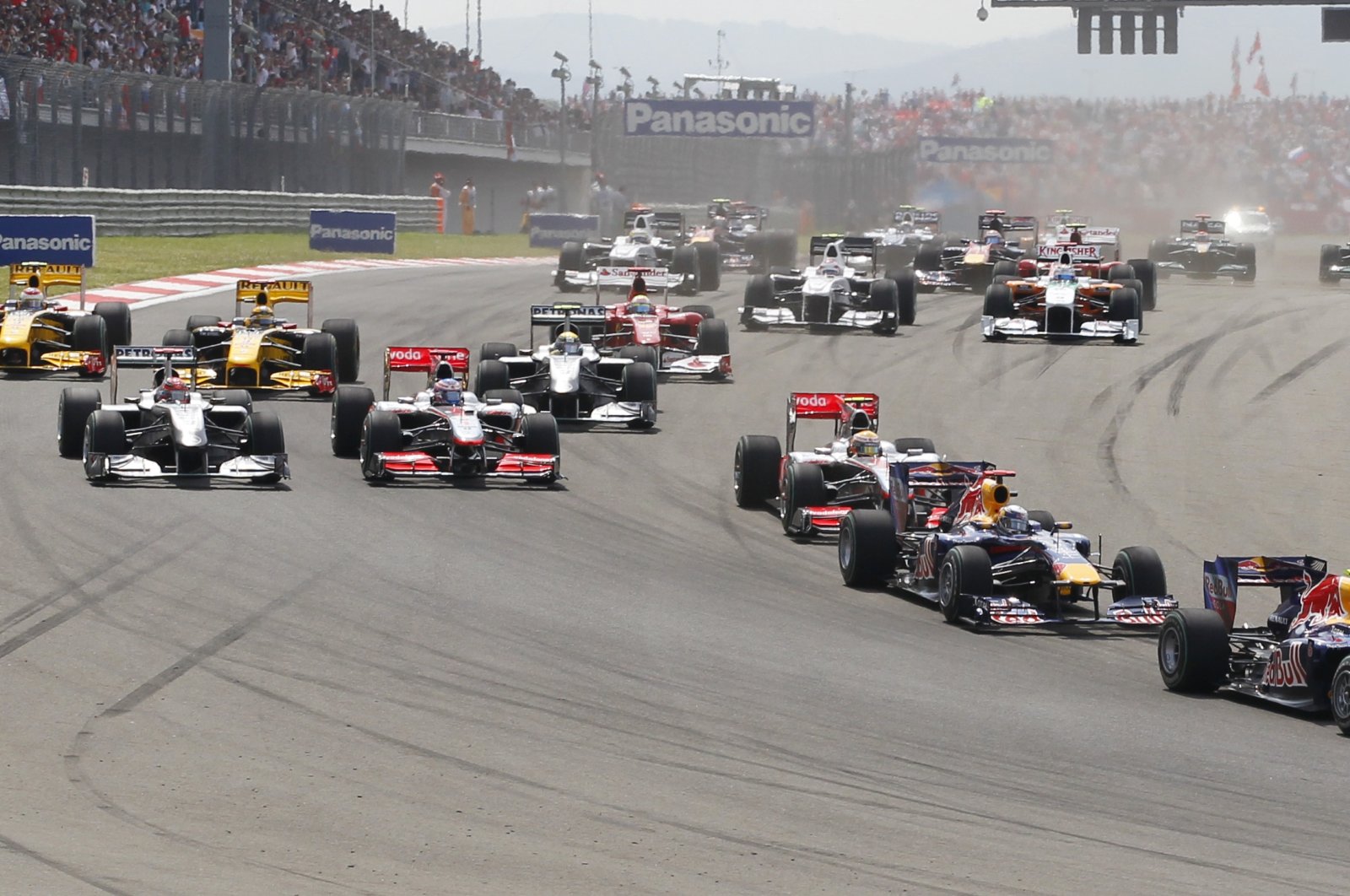 Red Bull driver Mark Webber of Australia leads the field after the start of the Turkish Formula One Grand Prix at the Istanbul Park circuit racetrack, in Istanbul, Turkey, May 30, 2010. (AP Photo)
by DAILY SABAH WITH AGENCIES Aug 25, 2020 2:05 pm

The Formula One Turkish Grand Prix will return after nearly a decade, as organizers Tuesday announced the addition of Istanbul Park to the 2020 calendar with a race in November

Formula One is set to return to Turkey following a nine-year gap after organizers fleshed out its 2020 calendar of 17 races on Tuesday with the addition of Istanbul Park while canceling the Chinese Grand Prix due to the COVID-19 pandemic.

The Turkish Grand Prix, previously held between 2005 and 2011, will take place on Nov. 15 at Istanbul Park, while Bahrain will host a double-header on Nov. 26 and Dec. 6 at its Sakhir Circuit.

The coronavirus-shortened 2020 season will then conclude as usual with the Abu Dhabi Grand Prix at Yas Marina on Dec. 13.

"We are proud to announce that Turkey, Bahrain and Abu Dhabi will be part of our 2020 season," said F1 chief executive Chase Carey.

"This year has presented Formula 1 and the world with an unprecedented challenge, and we want to pay tribute to everyone across Formula 1, the (governing body) FIA, the teams and our partners who have made this possible," he said.

Speaking to Demirören News Agency (DHA), Vural Ak, the chairman of Intercity, the company that operates Istanbul Park, said the return of Formula One to Turkey was a great source of happiness and pride for him.

"We are happy and proud to be able to bring the greatest motorsport back to Turkey. We have been working hard for this since we took over the operation of Istanbul Park in 2013, and we hope it will be for the best for our country. We have done and will continue to do everything in our power to represent our country in the best way possible during the race," Ak said.

According to organizers, a limited number of fans and hospitality staff will be able to attend some of the races.

“We can confirm that a number of races in the revised 2020 season will be open to a limited number of fans, including hospitality, and we are working with each promoter to finalize the details,” Formula One said in a statement.

All six Grand Prix held so far since the delayed season started in Austria in July have been held behind closed doors.

Formula One had confirmed only 13 races until Tuesday, all of them in Europe after those in the Americas were canceled, but teams and drivers now have a clear idea of how many the championship will have.

The original schedule envisaged a record 22 races, but fixtures such as Monaco had to be canceled and a new calendar drawn up with a mix of old favorites and new venues.

China's race in Shanghai had looked doubtful for some time due to the virus.

The first Vietnamese Grand Prix, postponed from April, will not be happening either, although its cancellation has yet to be confirmed officially.

Japan, Singapore, Azerbaijan and Australia have already been canceled.

Istanbul's circuit was popular with drivers though not with the locals, whose attendance was scarce. The only current drivers to have won there are Kimi Raikkonen, six-time world champion Lewis Hamilton and four-time champion Sebastian Vettel.

"It's an old-school circuit, something I was watching on TV when I was younger. (That) massive left-hander, flat-out, is going to be pretty impressive," Renault's Esteban Ocon told reporters recently.

Bahrain's two races on Nov. 29 and Dec. 6 will be designated the Bahrain Grand Prix and the Sakhir Grand Prix, after the name of the desert circuit.

Sakhir will be the third circuit to host two races this season after Austria's Red Bull Ring and Britain's Silverstone.