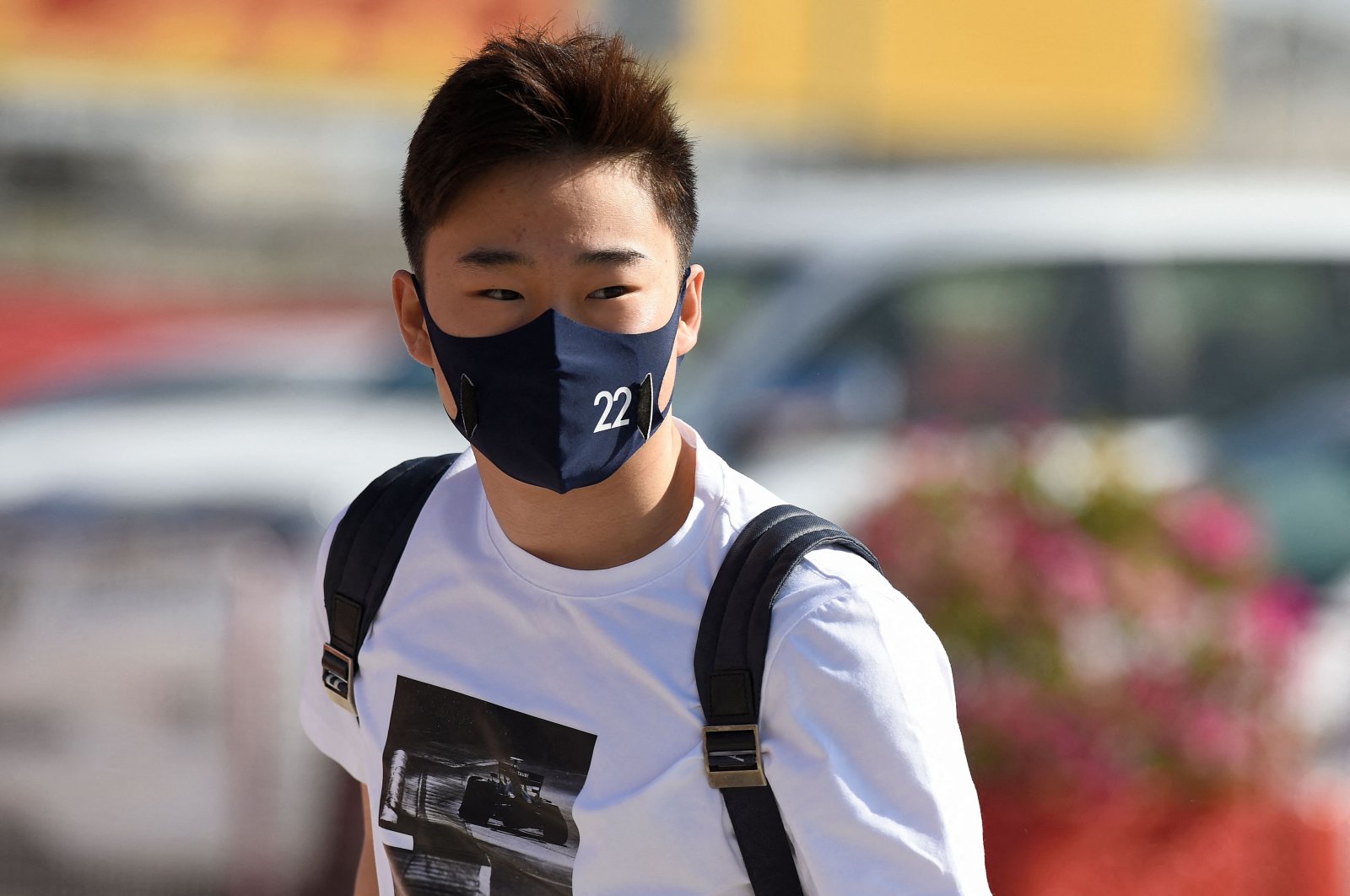 AlphaTauri's Japanese driver Yuki Tsunoda arrives at the circuit before the start of the third day of the Formula One pre-season testing at the Bahrain International Circuit in Sakhir, Bahrain, March 14, 2021. (AFP Photo)
by French Press Agency - AFP Mar 17, 2021 5:51 pm
RECOMMENDED

Japanese Formula One rookie Yuki Tsunoda plans to throw caution to the wind when he makes his race debut next week in Bahrain, vowing to "give everything" in the season-opener.

And the 20-year-old doesn't plan to let up when he makes his Formula One debut in Bahrain on March 28, promising to attack even if his mistakes ending up costing him.

"I just want to give everything I've got in my performance," Tsunoda, who replaced Russian Daniil Kvyat at AlphaTauri, said during an online press conference Wednesday.

"I want to push from the start. I don't want to worry about making mistakes. I just want to go for it and attack."

Tsunoda set his best time of 1 minute 29.053 seconds from 91 laps on Sunday during the three-day test session at Sakhir, the venue for the Bahrain Grand Prix.

That was quicker than seven-time world champion Hamilton, who was fifth-fastest overall in the all-conquering Mercedes.

Tsunoda is reading nothing into the test results as he prepares to make his race debut, but he admits it has put a spring in his step.

"It was just a test, but I'm happy to finish in the top three and that gives me confidence," said Tsunoda, who will become the first Japanese driver to compete in Formula One since Kamui Kobayashi in 2014.

"Each team does things differently so I don't know what form anyone is in, but I was able to improve my times and concentrate on my driving. I'm feeling quietly confident after finishing in the top three."

The diminutive 1.59 meter (5ft 3in) Tsunoda admitted in December he would have to hit the gym over the winter to cope with the Formula One car's superior power and downforce.

He complained that he "couldn't even lift" his head after driving 123 laps during his Formula One test in Abu Dhabi in December, but the extra training appears to be paying off already.

"I didn't feel so tired in Bahrain, and I think that's a big step forward for me," he said.