Formula One cars rip through Istanbul streets for promotional video 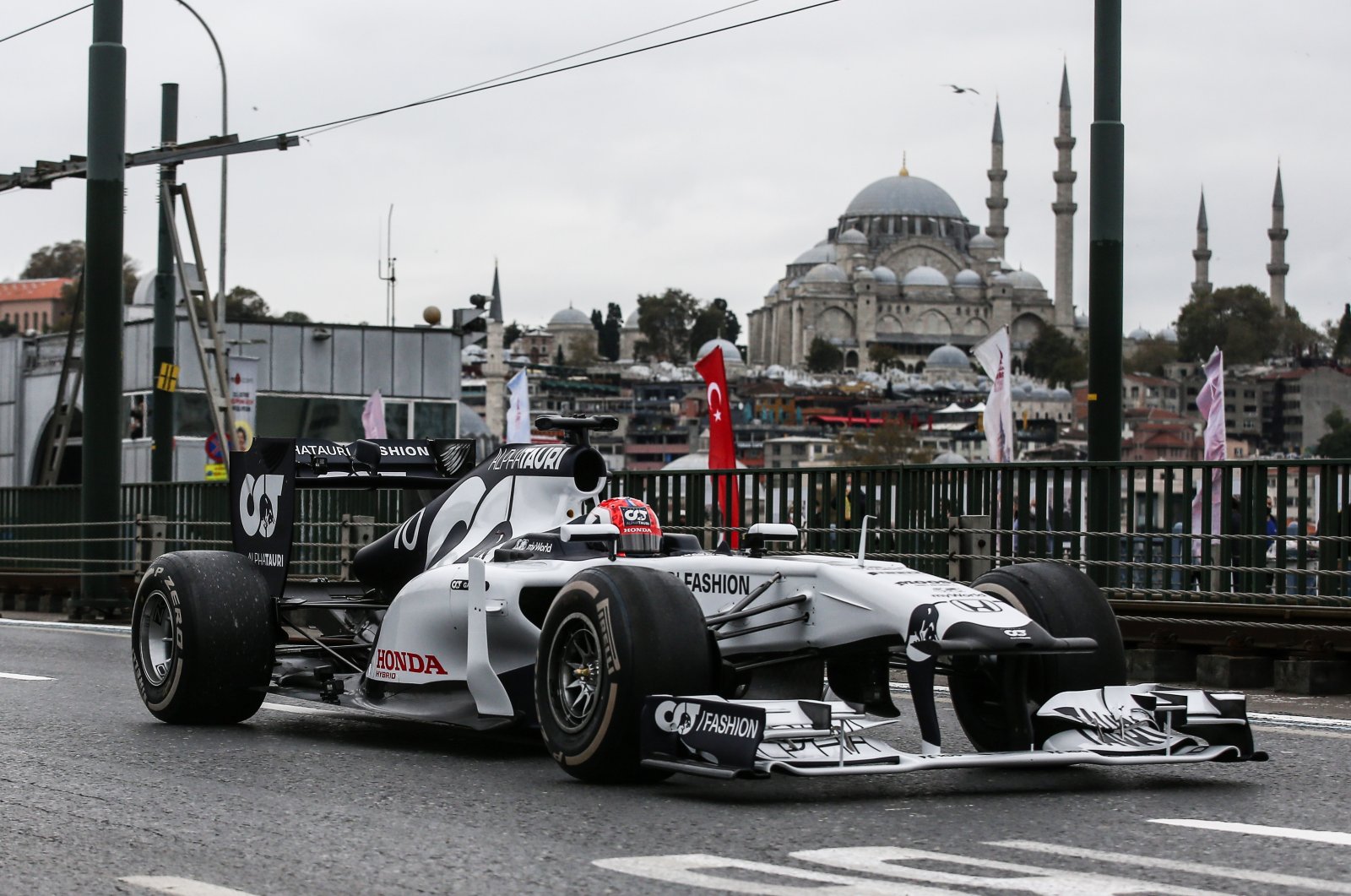 Istanbul streets rang with revving engines on Tuesday as Formula One race cars ripped through the city’s roads for a special video shoot for the upcoming Turkish Grand Prix.

The state-of-the-art race cars began arriving in Turkey over the weekend for the upcoming Turkish Grand Prix race, which returns Sunday for the first time since 2011.

In cooperation with Turkish authorities, the cars raced through streets near some of the city’s iconic and historic landmarks for a trailer for the upcoming race.

While authorities announced the closure of roads to traffic well ahead of time, seeing a Formula One car on Istanbul streets still took locals by surprise.

Witnessing the engine screams of an AlphaTauri car on Galata Bridge in Eminönü peninsula, Istanbulites were quick to pull out their phones to capture the moment, while crews were filming a much more professional take of the scene.

The shoots for the promotional video began on Monday when the cars traveled through the Eurasia Tunnel that connects the city’s Asian and European sides under the Bosporus Strait. It was followed by a tour of the European side’s coastline.

The filming will end on Wednesday with the ultimate shot, when the race cars travel from Asia to Europe on the July 15th Martyrs Bridge.

No Istanbul on 2021 calendar

After the Formula One season was dramatically shortened due to the coronavirus pandemic, the organizers reintroduced the Turkish Grand Prix back to the calendar in a surprise move.

While Turkey voiced its desire to make sure the sport’s return was a permanent move instead of a one-time deal, a provisional calendar released by Formula One on Tuesday showed the Istanbul Park track missing from the 2021 season.

"Our goal is to sign a long-term contract next year and permanently join the calendar," said Vural Ak last month, the chairperson of Intercity, which operates the Istanbul Park racetrack.

No details were immediately available about the future of the Turkish Grand Prix, but the provisional calendar could see changes as it awaits approval from the sport’s governing body, the Federation Internationale de l'Automobile (FIA).

Other important changes in the record 23-race calendar include the introduction of the Saudi Arabia Grand Prix and the omission of Vietnam’s debut race.

Formula 1 returns to Turkey with a bang as Lewis Hamilton prepares to make history by equaling Michael Schumacher’s record 7 titles with a win at #TurkishGP https://t.co/ZyZTMPaMEv pic.twitter.com/I6Mtuih4di

Vietnam was due to host a street race in Hanoi for the first time last April, but it was canceled due to the COVID-19 pandemic.

According to Agence France-Presse (AFP), the removal of Vietnam GP might be related to the arrest of Hanoi Mayor Nguyen Duc Chung, who was a major supporter of the race and is being charged with corruption. Formula One did not disclose the reason for the race’s removal from the calendar.

The organizers left Vietnam’s original date – April 25 – empty on the calendar, writing “TBC” (to be confirmed) instead, which could be filled with the Turkish Grand Prix if both parties can reach an agreement.