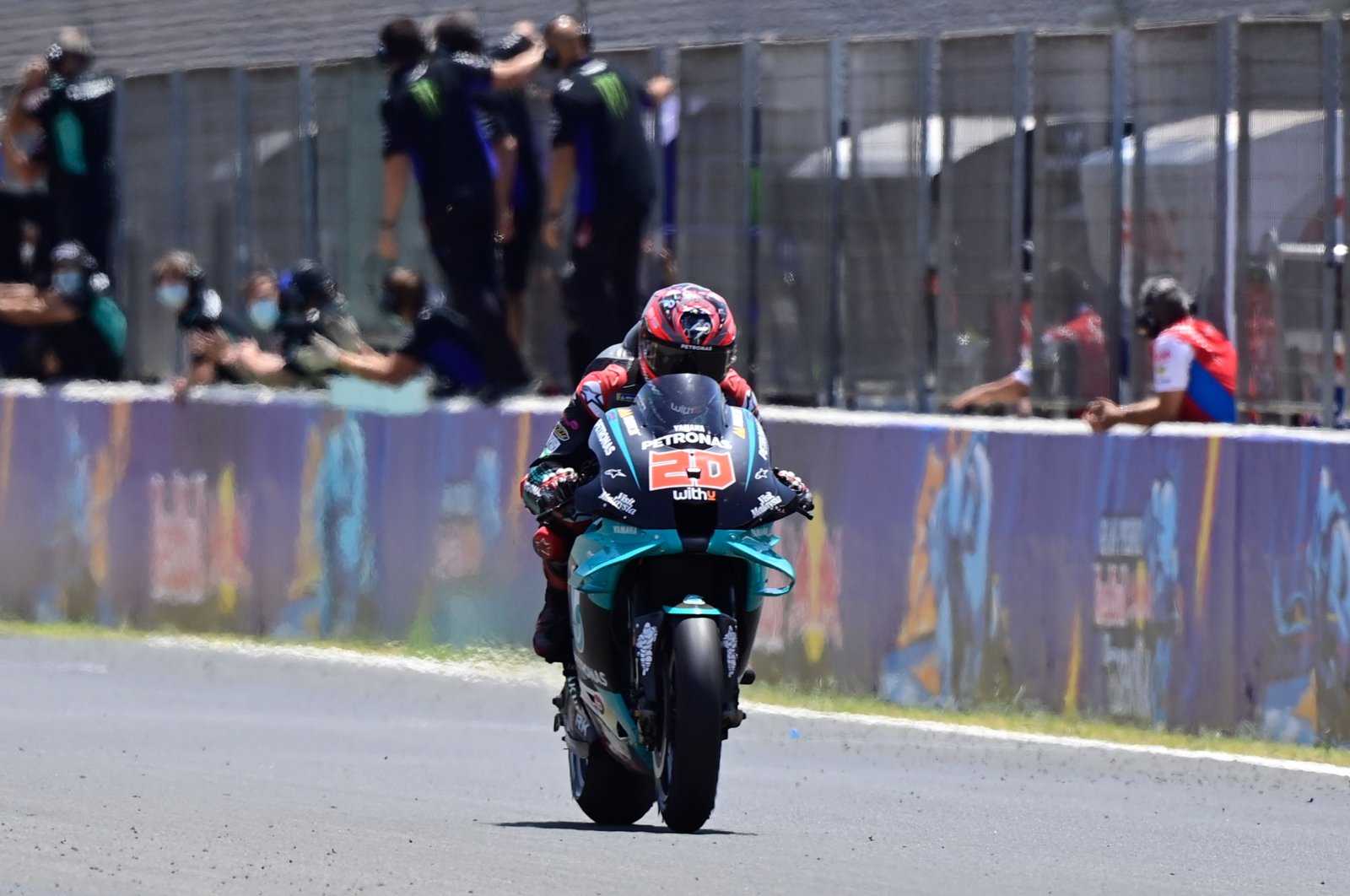 Fabio Quartararo became the first French rider to win a Moto Grand Prix since 1999, taking the flag in the season-opening race in Spain on Sunday.

Quartararo, 21, who rides for the Yamaha satellite outfit, had started on pole position and his biggest threat, reigning world champion Marc Marquez, crashed out on lap 20.

MotoGP resumed under strict health controls and without any fans on Saturday following a four-month stoppage for the coronavirus pandemic.

Races have been limited to a total of 1,200 people within the venue, including drivers, team members, track crew, medics and local staff, who must adhere to strict social distancing rules and wear face masks whenever possible.

Quartararo took pole position ahead of Sunday’s Spanish Grand Prix with a lap record of 1:36.705 at Circuito de Jerez-Angel Nieto.

The season-opening Qatar GP was canceled in March and MotoGP put on hold due to the pandemic. The competition announced last month it would resume with a reduced calendar, which includes seven races in Spain.

Everyone attending must pass a COVID-19 virus test five days before each event and remain in self-isolation until the race. Random tests may also be carried out at the circuit.

Teams will be kept separate in small groups to reduce the risk of contagion.